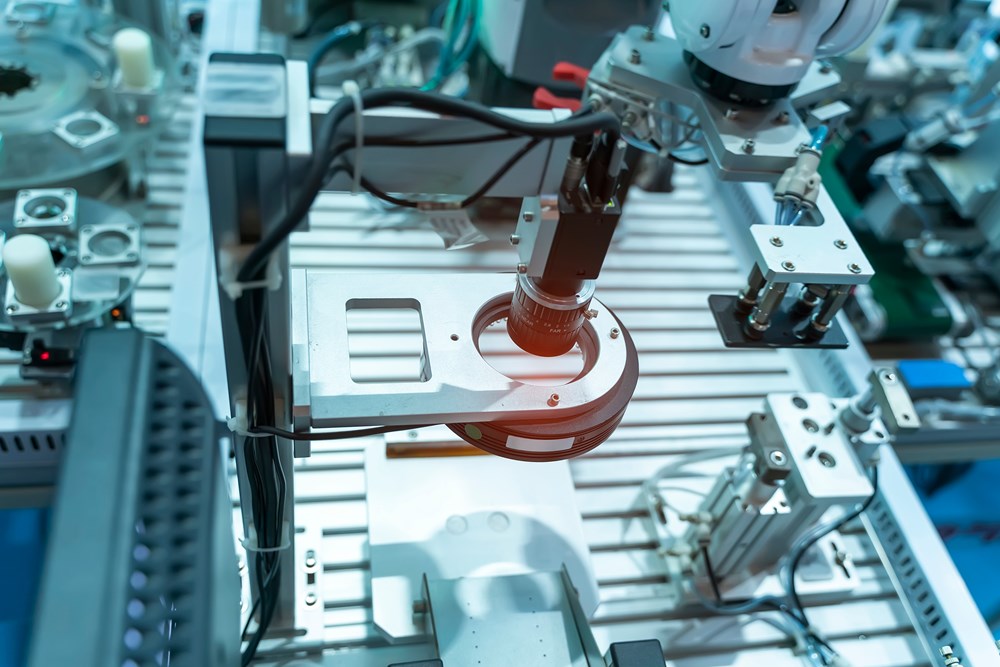 Robotics technology is becoming more prominent day by day. The usage of robots, as a whole or parts like an arm, has significantly increased.

And so are the sensors incorporated in them. In this article, we will learn about various sensors used in robotics.

Why do we need Robot Sensors?

Sensors are devices with inbuilt mechanical, electrical, or chemical features. Their functioning depends mainly on the transduction principle. The principle is based on the conversion of energy from one form to another.

A Robot Sensor is used to measure the condition of the robot and its surrounding environment. Sensors pass electronic signals to robots for executing desired tasks. Robots need suitable sensors that help them control themselves.

Why do we need Robot Sensors?

A Robot sensor ensures the smooth functioning of a robot. These sensors help robots react to the commands received. These sensors help create a feel-and-see feature in them, which provides the effortless accomplishment of various tasks. Understanding the environment can help a robot determine the temperature, object proximity, sound, or chemical reaction and act accordingly.

To achieve reliable solutions with efficient calibre, quick response, accuracy, and cost-effectiveness, we need to incorporate many sensors in robots. Let us take a look at various sensors and their uses.

As mentioned, there are many types of sensors in robotics. Learning their characteristics helps us understand their usage.

Light sensors are used to identify the light and generate a voltage difference. There are two types of light sensors used in robot parts- photoresistors and photovoltaic cells. There are some more - CCDs, Phototubes, Phototransistors. However, these are very rarely used.

This sensor is used to recognise a sound and convert it into an electrical signal. It is used in simple robots that can navigate with the help of sound. How about a robot turning right on a single clap and left on two claps? But, the implementation of sound sensors is not as easy as that of light sensors. The voltage difference created by a sound is minimal and must be intensified to make a measurable change.

Contact sensors require physical contact to function. This creates a trigger for the robot to act accordingly. A contact sensor is used in a limit switch, button switch, or tactile bumper switch. They are widely used for avoiding obstacles. When these sensor switches touch an obstacle, it commands the robot to perform tasks like turning, reversing, or simply stopping.

Proximity sensors can detect the presence of an object within predefined distances without any physical contact. They utilise magnetic fields to detect such objects. There is a wide range of proximity sensors available in the market. Let us learn about the popular ones.

This sensor helps to measure the tilt as well as the acceleration. The two primary forces that can affect the functioning of an accelerometer are static forces and dynamic forces.

With the help of angular momentum, this sensor is used to quantify the orientation. It is used when we want our robot to be independent of the earth’s gravity to maintain the right orientation.

To measure velocity, orientation, and gravitational forces together, an IMU is used to combine all the required sensors to determine the results accurately.

These sensors are mainly used to convert a lower voltage to a higher one or vice versa. For example, take a simple Op-Amp that intakes a low voltage, amplifies, and creates a higher output. They are also used to determine the potential difference between two ends, like a voltage comparator.

These sensors are made to monitor the flow of current in a circuit. The output is either the same current or the corresponding voltage. Most of the voltage outputs of current sensors are in the range of 0V to 5V. The obtained current, if required, can be modified by a microcontroller.

As of today, the availability of sensors used in robotics has increased extensively. You can think about anything and incorporate the senses in your robot with the specifically made sensors. Apart from all the mentioned robot sensors, Universal Robots is the right choice in the Automation industry. They have several solutions that can cater to your robotic incorporation. The sensors made by the ecosystems of the Universal Robots partners from the UR+ can be used to address various problems. It all depends on the type of robot sensor that will meet your requirement. Complex robots need multiple sensors to accomplish the required tasks, to put it simply. At the same time, a single study may need just one simple sensor. It is up to you to decide the best sensor for accomplishing your work with accuracy, convenient operating features, great functionality, easy implementation, and cost-effectiveness.