This software release introduces the fail-safe communications interface, PROFIsafe.
The PROFIsafe interface allows robot to exchange messages with a Safety PLC regarding stops, operating mode, and other conditions.
PROFIsafe is available as a licensed software feature. A license must be purchased from an authorized distributor, then activated in the myUR portal for a specific robot serial number. Part number for a PROFIsafe license is: 000201. PROFIsafe is compatible with all e-Series robots running PolyScope 5.12 and above, regardless of age.

Refer to the User Manual for further details.
A technical guide is available at our Support Site (https://www.universal-robots.com/articles/ur/interface-communication/profisafe-technical-guide-for-e-series/).

This release introduces a new Safety installation screen for configuring the robot to use PROFIsafe to communicate with a safety PLC. 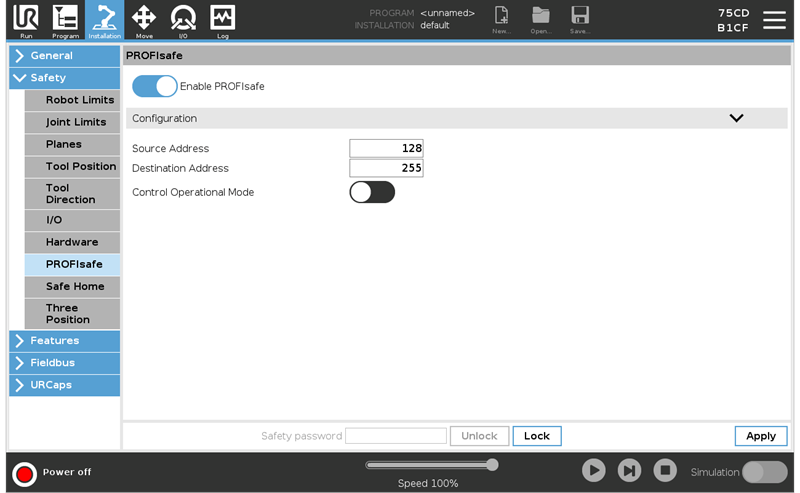 On this screen, a source address and destination address can be specified. These addresses are used by the robot and the safety PLC to identify each other. There is also an option to enable PROFIsafe PLC control of the robot Operational Mode.

Note: PROFIsafe is only available on robots with enabling license, which could be obtained by contacting a local sales representative. Once obtained, the PROFIsafe license can be downloaded on myUR.

This change is implemented to conform with the PROFINET standard. 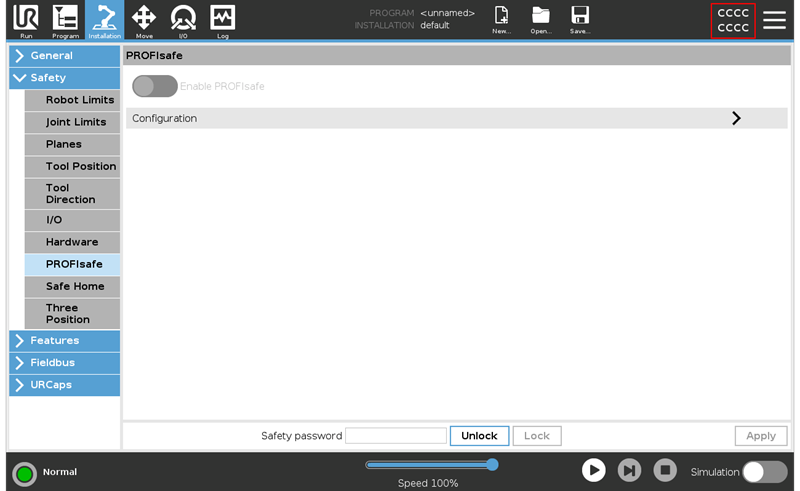 The Robot Registration Settings screen has been renamed to Licenses.

The text on the screen now refers to activating software licenses for the robot (instead of robot registration) and using the myUR Customer Portal for registering robots and downloading a license file. 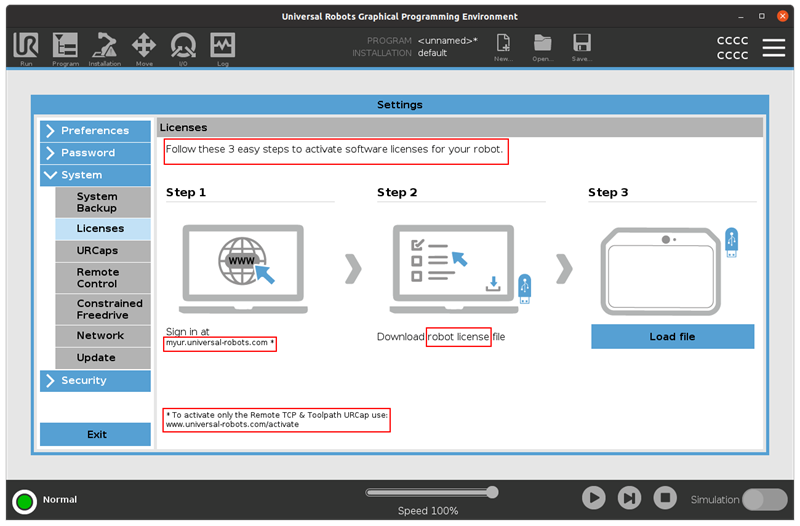 Starting from this release the end-user warranty is no longer part of the User Manual. It is included in the user contract.