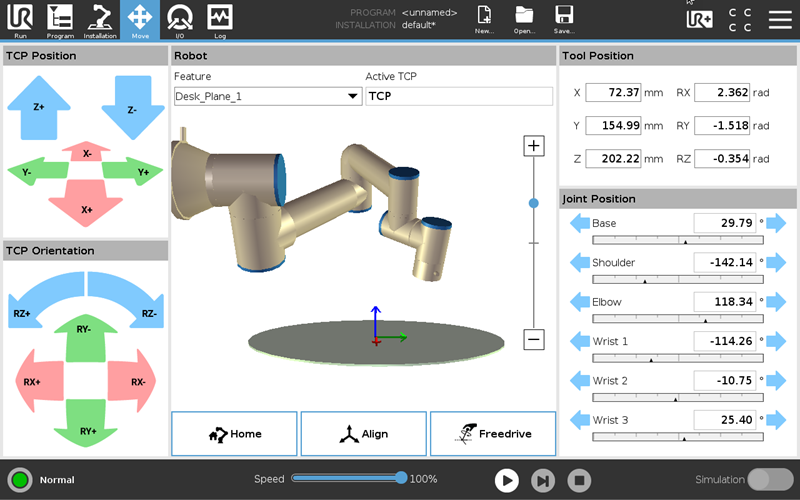 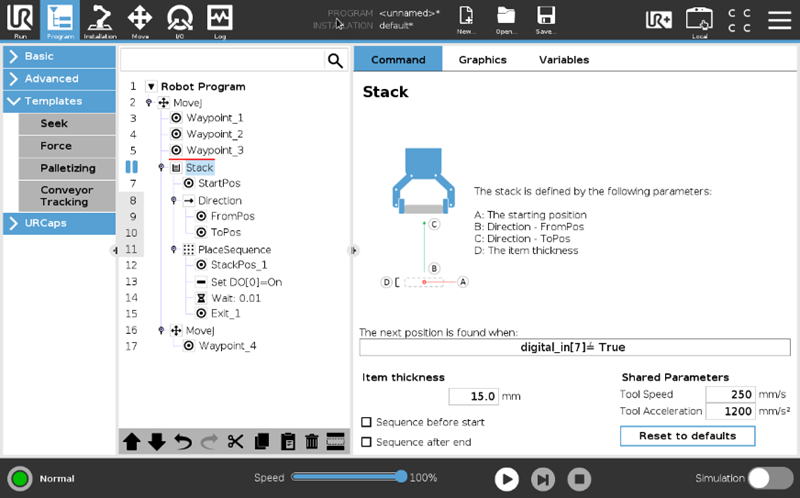 In previous software versions single step button was only active when program was stopped. Pressing a button was executing just one selected node.

Starting from this version, single step button is active when program is paused and in Manual local mode only. When button is pressed, then controller will execute single node, and pause again. 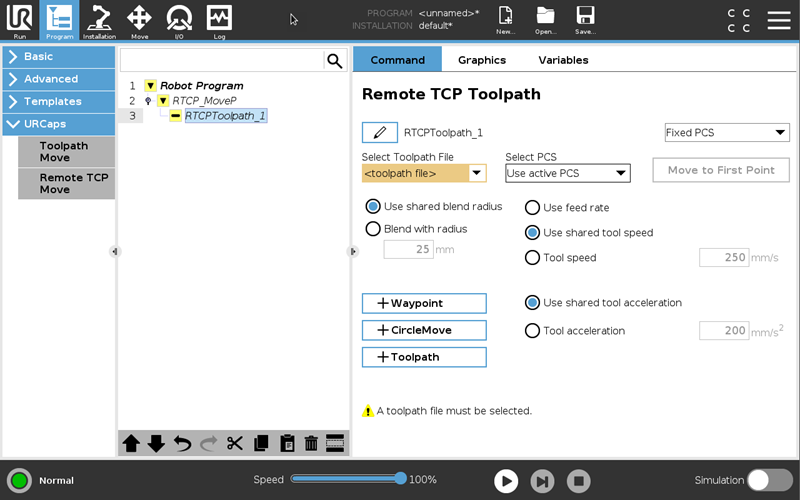 Currently the RTCP & Toolpath feature is only available on UR3e, UR5e, and UR10e models. 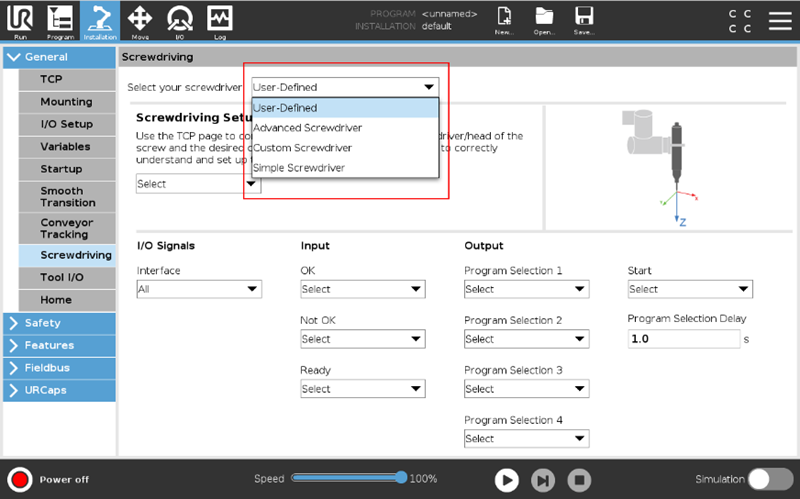 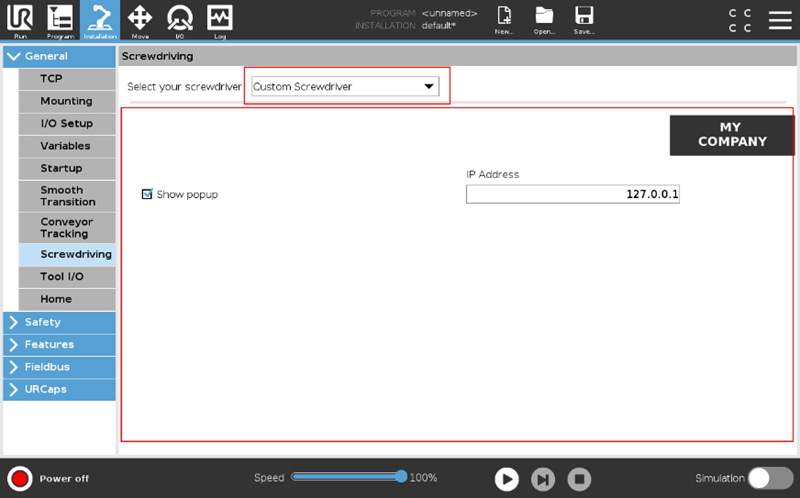 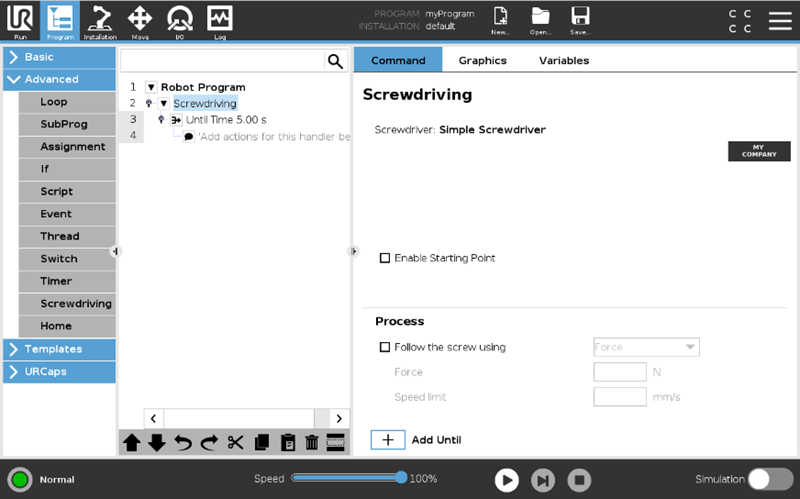 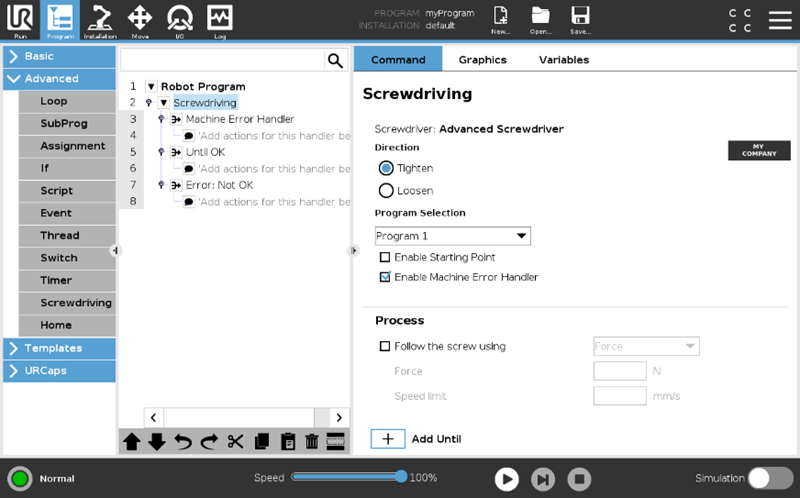 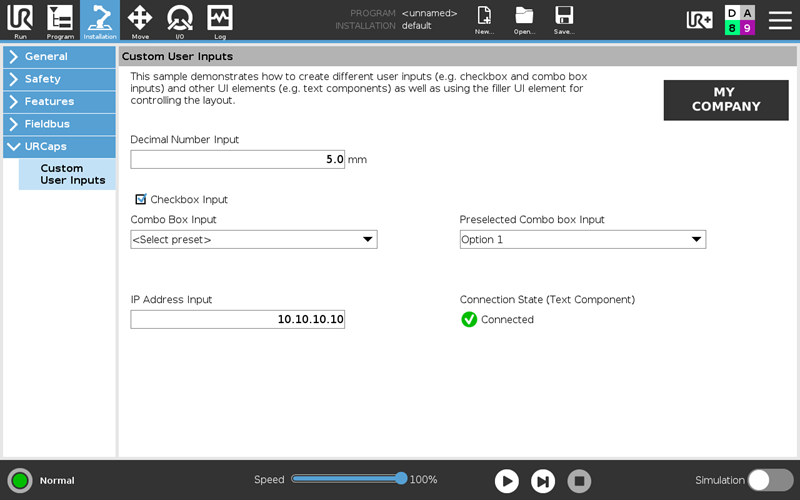 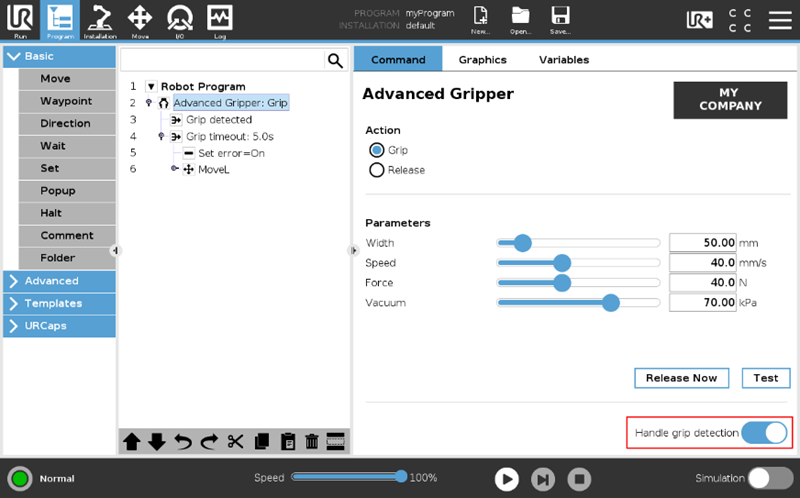 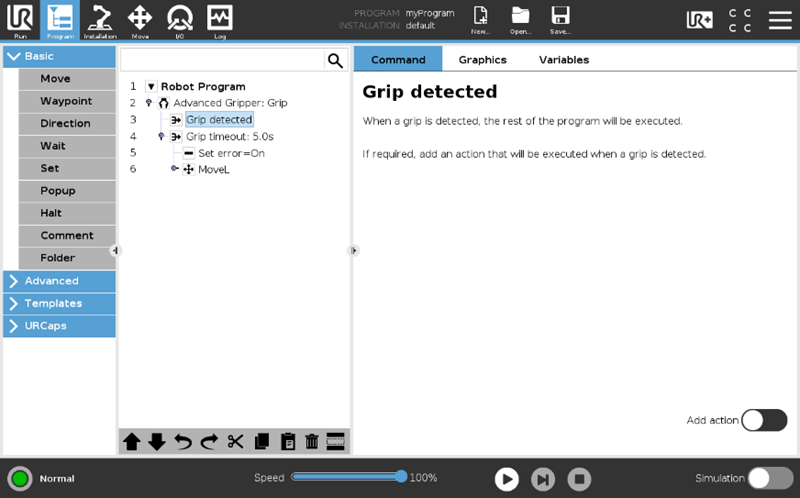 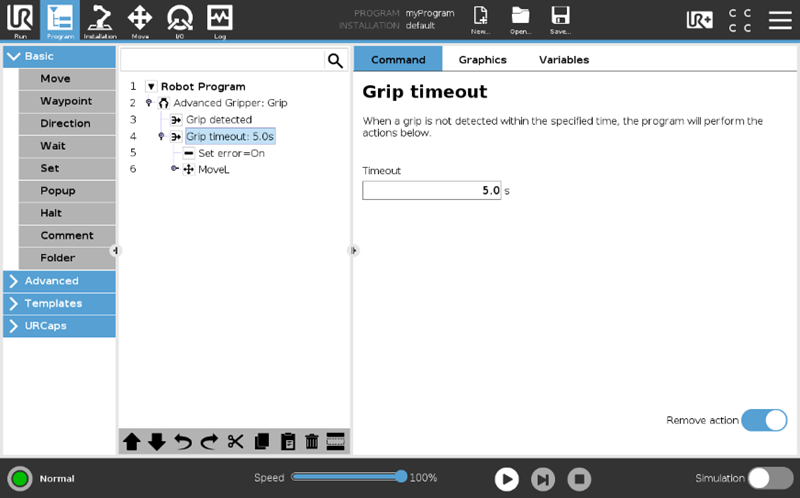 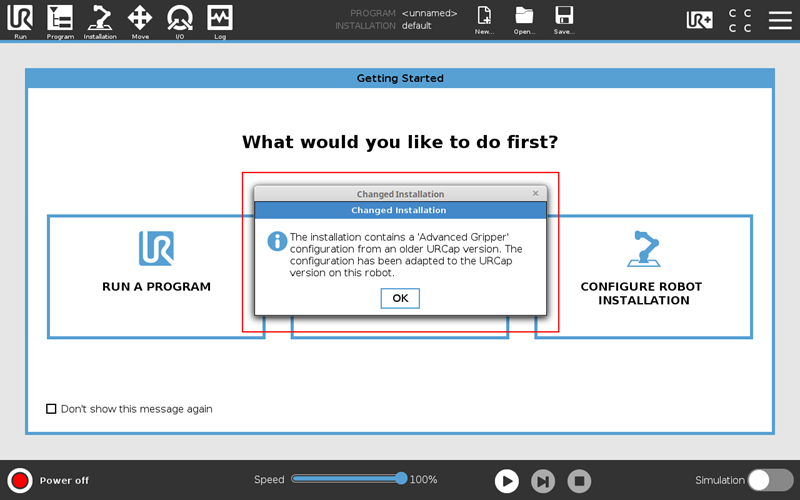 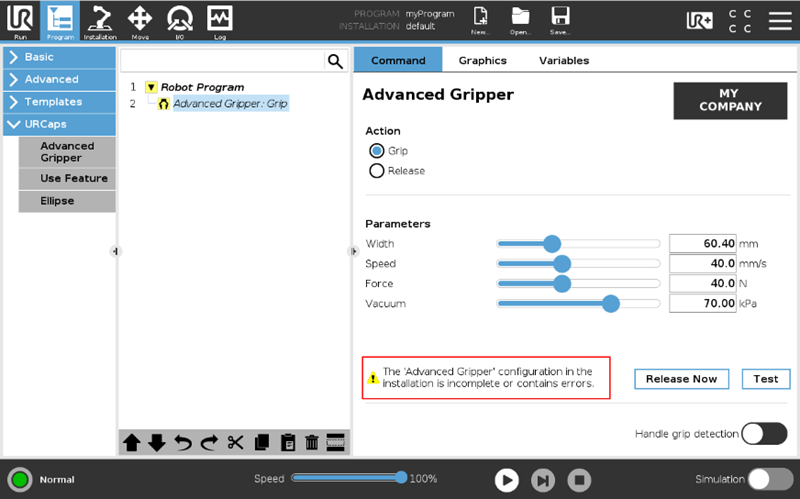 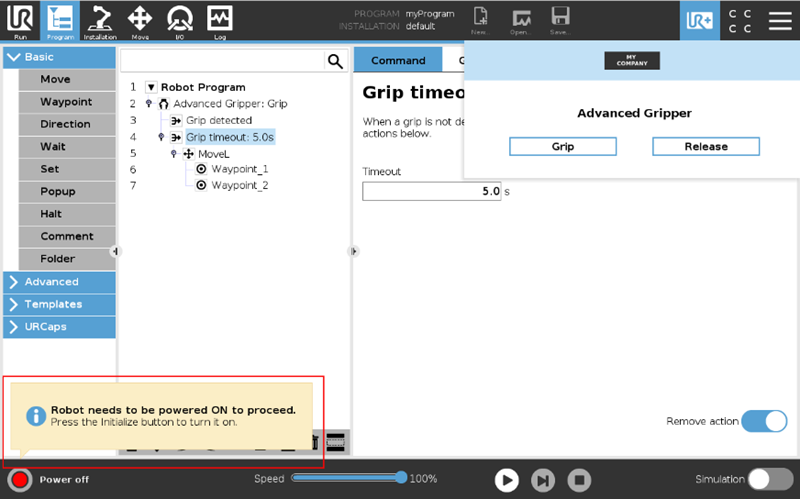 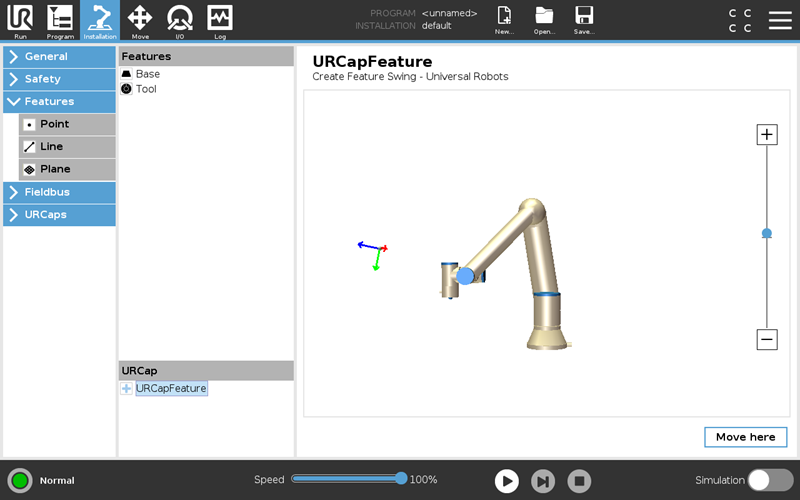 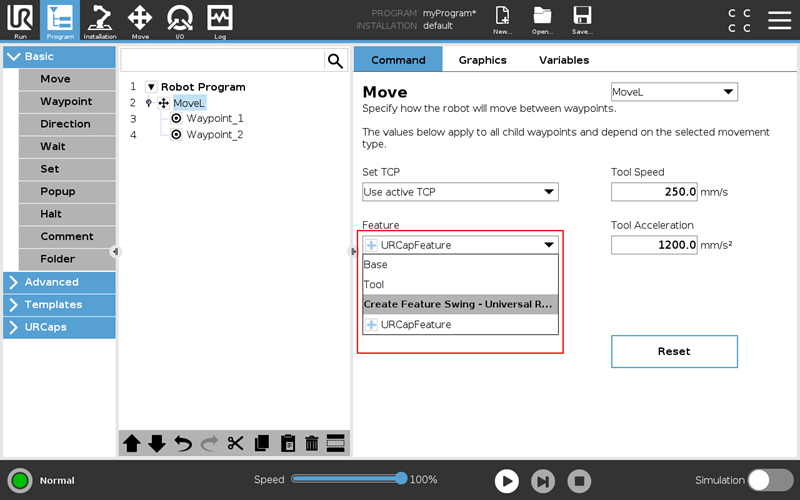 Using the URScript programming language user can superimpose a movement on top of a programmed motion as well as add and dynamically adjust a translational and rotational offset to a motion. The new family of functions for configuring the Online Path Offset share the prefix 'path_offset'.

In order to support usage of conveyor tracking and online path offset, two URScript functions have been added:

The Remote TCP & Toolpath URCap enables a new URScript module for UR+ developers or advanced users. Examples include:

Please refer to the latest version of the URScript User Manual for the detailed explanations of these new URScript functions and example codes. Make sure you activate the Remote TCP & Toolpath URCap on your robot before using these URScript functions. 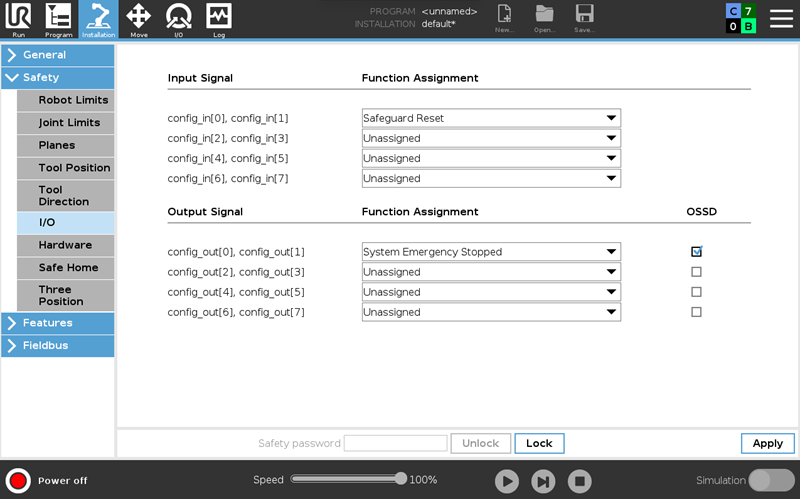