Fixed issue where an unhandled 'ConcurrentModificationException' exception could a occur in a URCap if the URCap was accessing Features in the installation.

Fixed issue where the first Point/Line Feature from the list in the Features installation screen was always used by Conveyor Tracking regardless of which Feature was original selected in the Installation.

Fixed issue where robot would not stop movement after depressing "automove" button on the TP screen.

Fixed issue where blending during MoveL could result in aborted program execution or the robot drifting away from the expected trajectory. The issue was related to the combination of orientation blend paths and positional blend paths. In scenarios where the required joint movements of the MoveL blend are dominated by a tool orientation change, i.e. especially relevant for zero or small tool position changes (lower than the blend radius), this issue would occur. 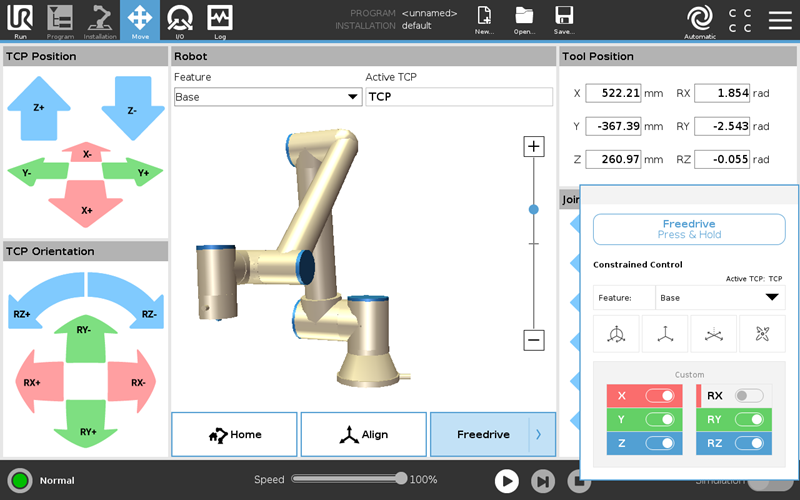 In this release we introduce an improved functionality for updating the robot software. The software update functionality in PolyScope has not changed from a user perspective. These are the key points to be aware of:

Export button is available on the log tab and is enabled in manual mode only. 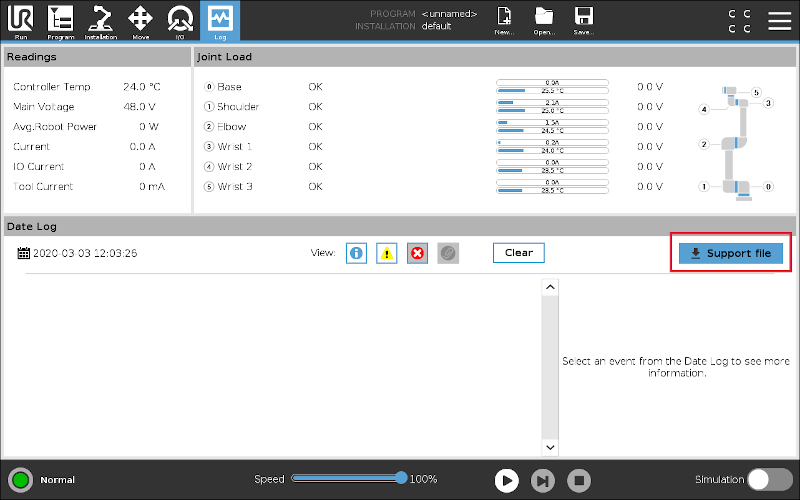 Single zip-compressed file will be created. File can be saved directly to USB flash drive. 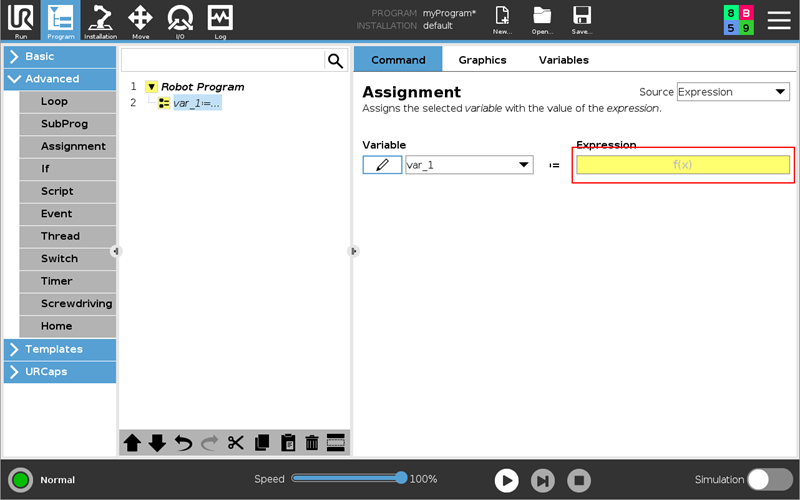 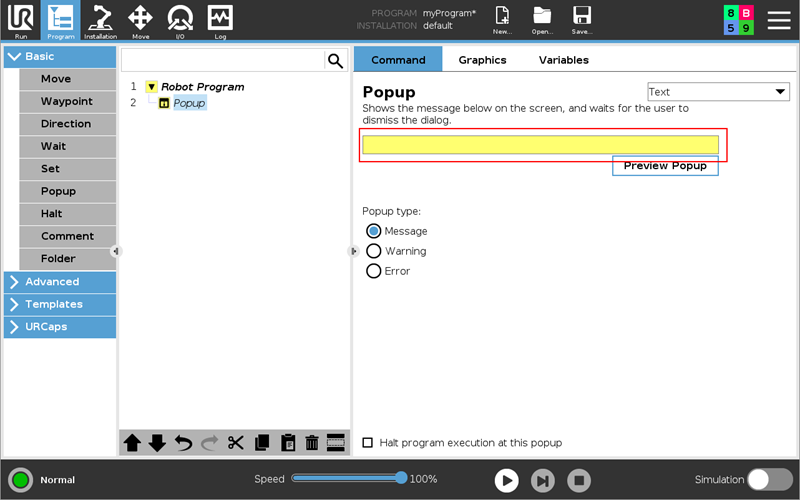 Optimized performance for programs and installations

When updating robot software all data in the /root/GUI folder is reset. Please note that this involves any data URCaps might choose to persist in its own bundle folder. URCaps themselves are stored in /root/.urcaps and that this folder is not reset.

Few URCaps have been seen to change the system configuration in unsupported ways. Such changes will be reset and these URCaps will need to be re-installed to restore full functionality.

This release will introduce a minor behavior change in the URCap API that might affect existing URCaps. The change will not break backwards compatibility of the API itself, but the behavior of one specific method will be affected, which can cause exceptions to be thrown in some cases. The behavior change will only affect Screwdriver and Gripper driver contributions.

When TCPs are added through a Screwdriver or Gripper driver contribution (using the 'setTCP(String, Pose)' in the 'TCPConfiguration' interface) certain names will no longer be accepted. The following will be disallowed when specifying the name for a TCP and will throw an 'IllegalTCPNameException' exception:

Previously, these cases were accepted, and the specified name was automatically corrected. This change is implemented to align the behavior with all other API functionality that allows for adding/contributing named entities to PolyScope (such as variables, features, etc.). 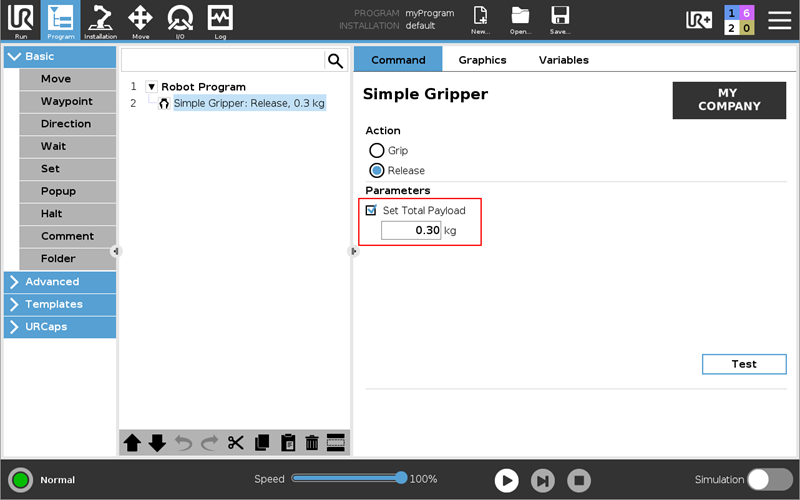 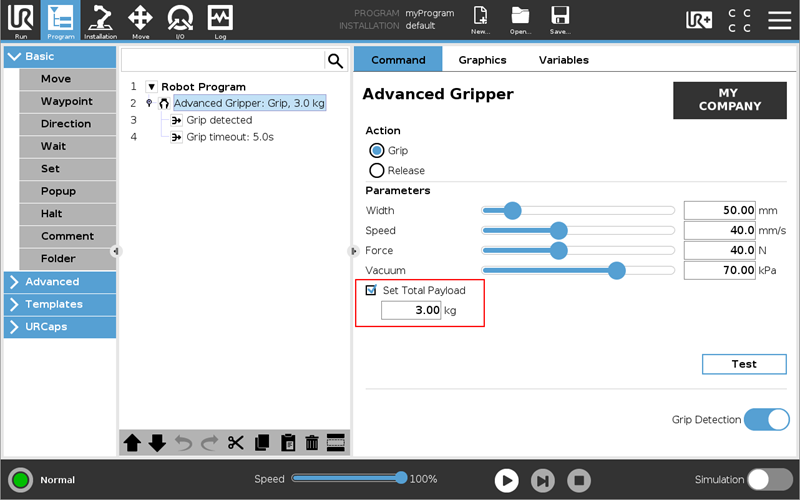 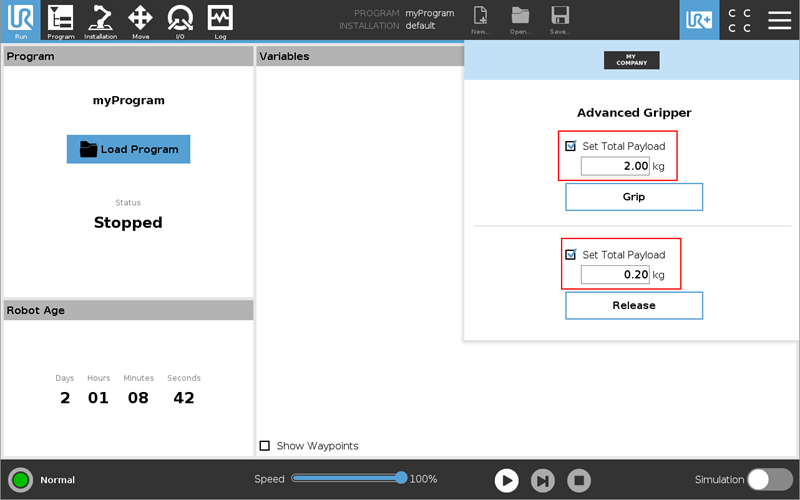 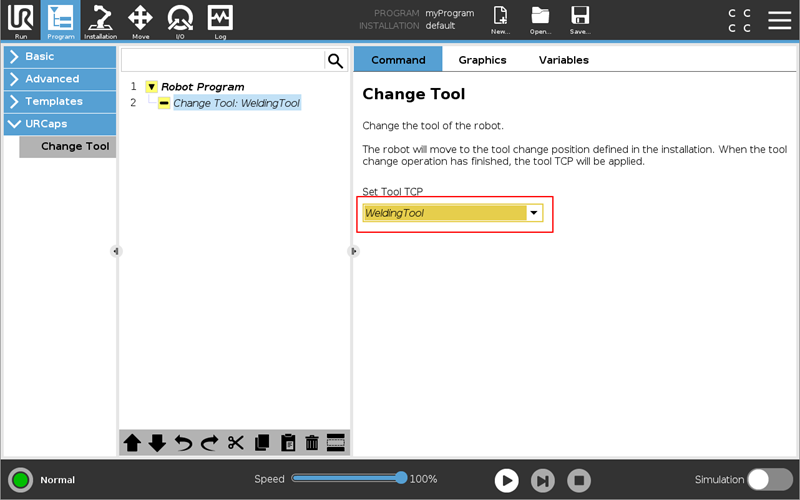 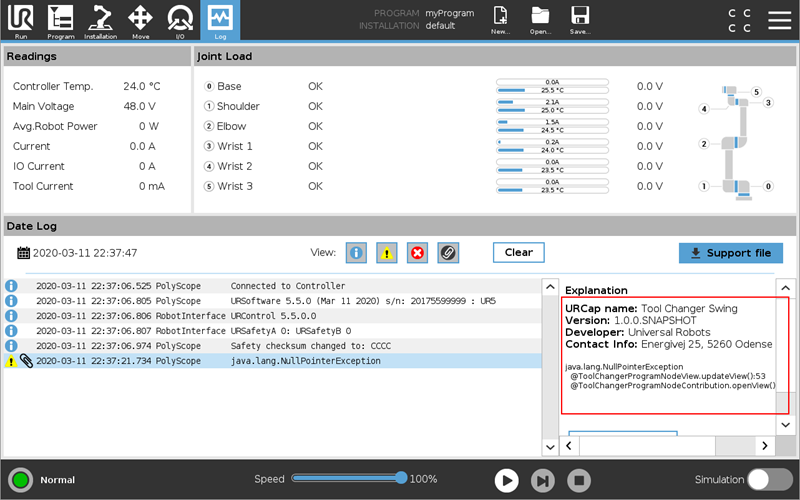 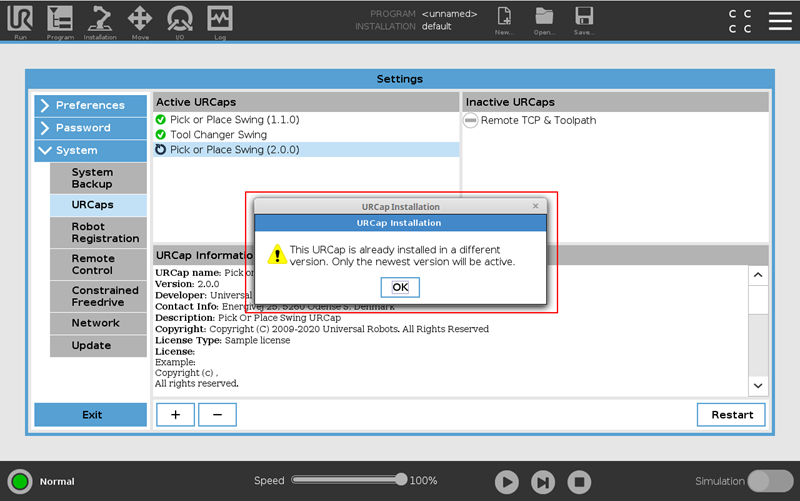 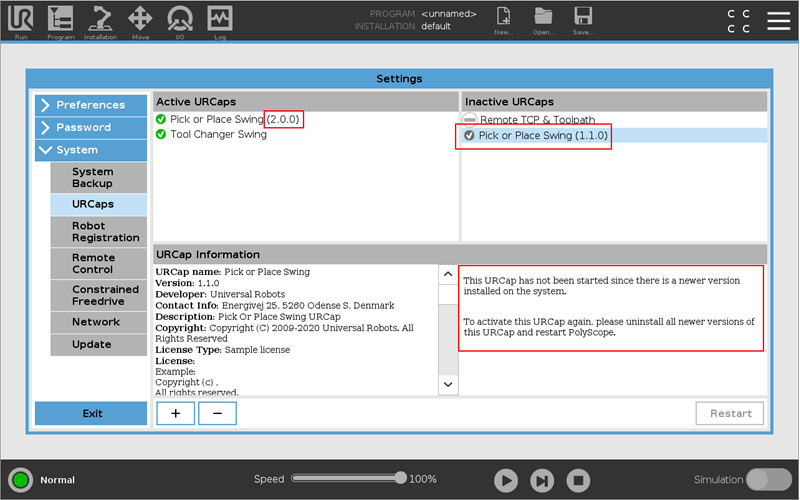