General purpose registers (integer and float) and MODBUS registers now supports Output Actions, that are triggered by events like stop, pause or play.

Note: In the previous versions it have been possible to set actions on MODBUS registers, even though they had no effect on the register. Thus this feature could affect programs, where these registers where previously set and it is advised to verify the actions assigned to MODBUS signal. 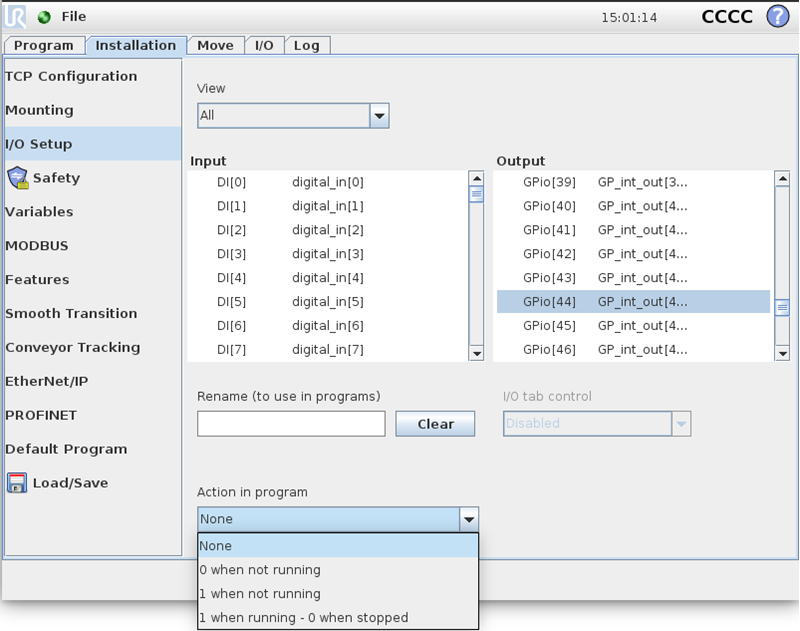 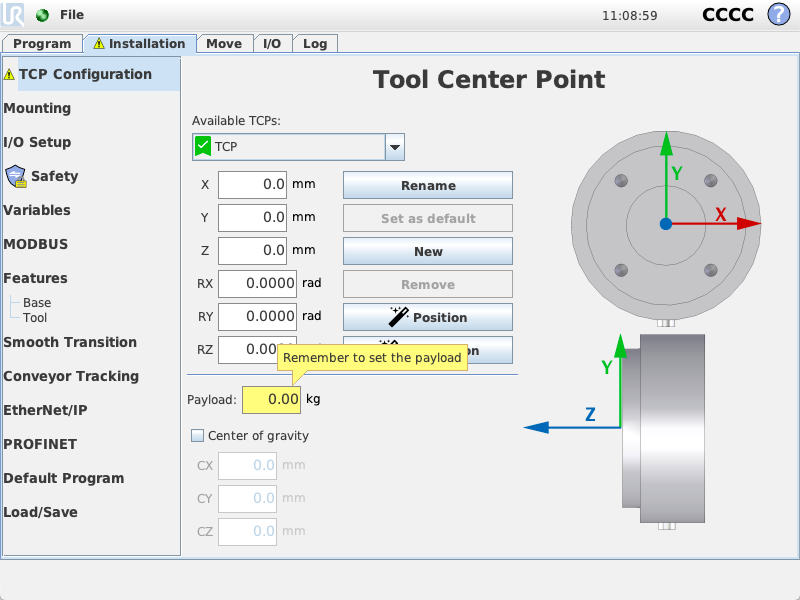 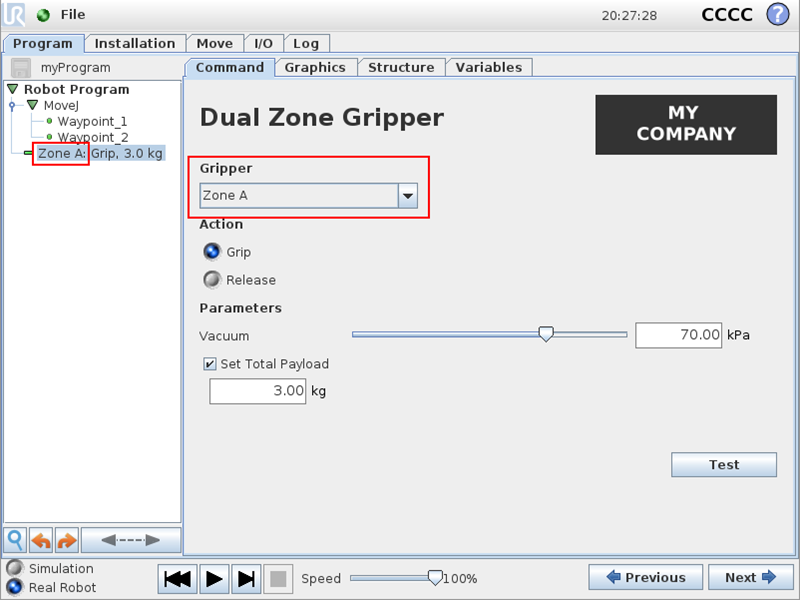 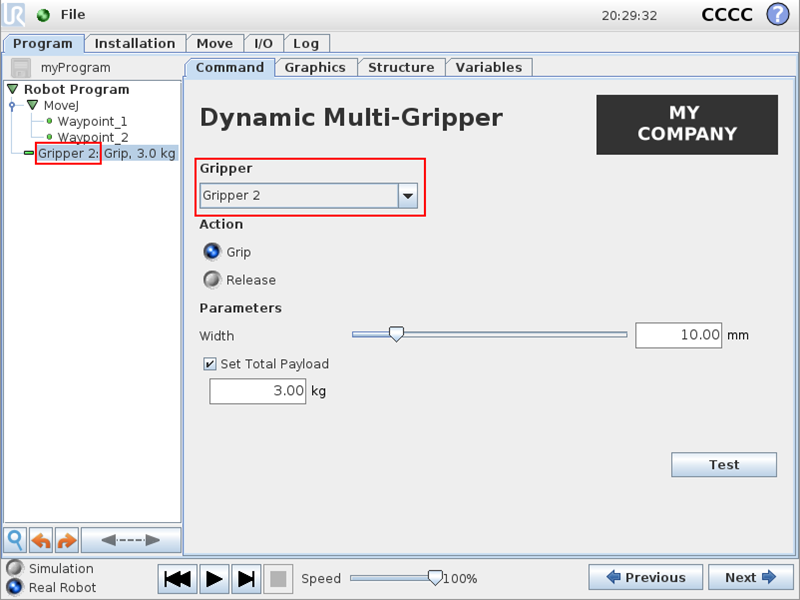 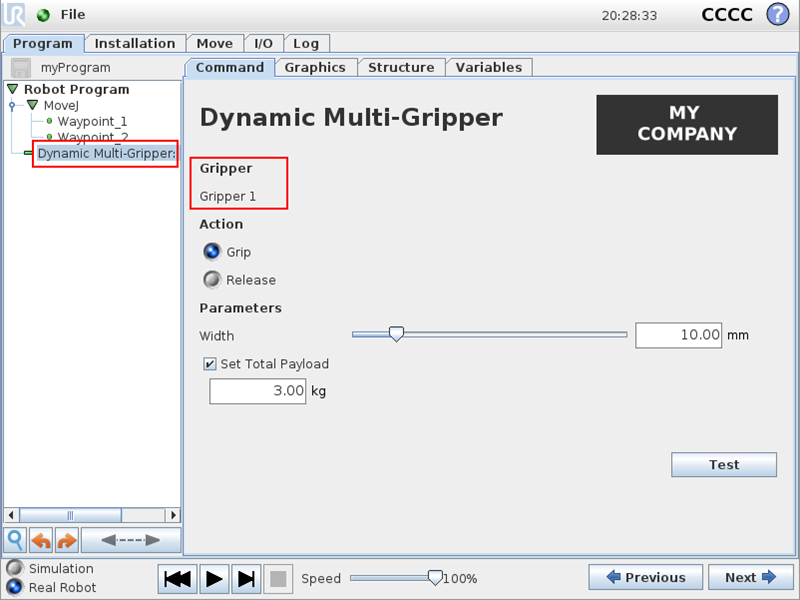