A Universal Robot can be controlled from remote by sending simple commands to the GUI over a TCP/IP socket. This interface is called the "DashBoard server". The server is running on port 29999 on the robots IP address. Each command should be terminated by a ‘\n’ also called a newline.

Commands attached in the bottom for download in pdf format

For testing purposes a program for testing sockets can be used, like HyperTerminal, or similar. In this example the freeware program SocketTest is used.

Setup a static IP-address and subnet mask on PC, so it matches the robot, e.g.:

In the socket test program, use the Client tab to send commands to robot: 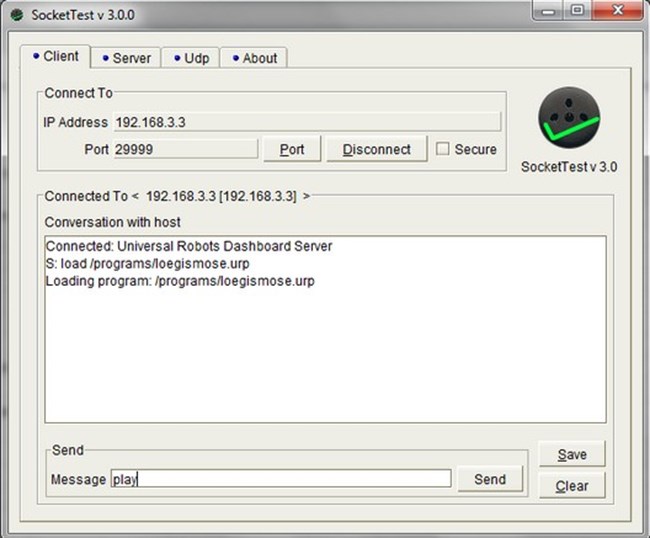