In order to move the robot to position along the sides of a square or in a lattice, four corner points must be given. These will be called A, B, C and D.
This example uses the function “interpolate_pose()”, please refer to the functionality of this in the script manual or in this How to: Interpolate a pose using script 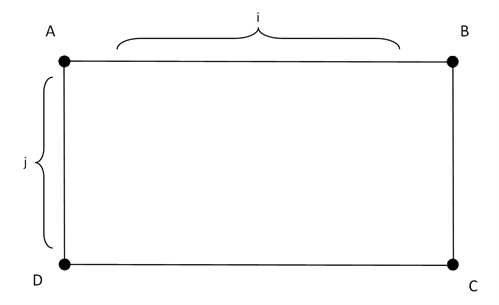 In order to define the sides or lattice positions of the square, the function interpolate_pose is used. The function returns an intermediate position between the two waypoints given.

First we find the position in the “I”-direction, which is the position between A and B, D and C respectively. 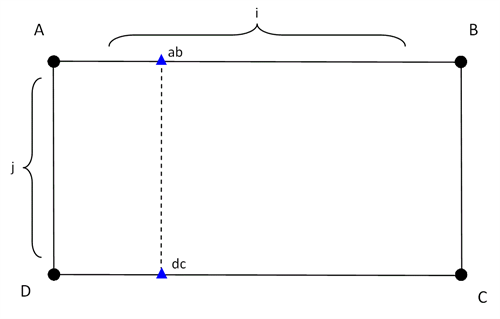 The lattice point will then be on the dotted line between ab and dc. This is found using this command: 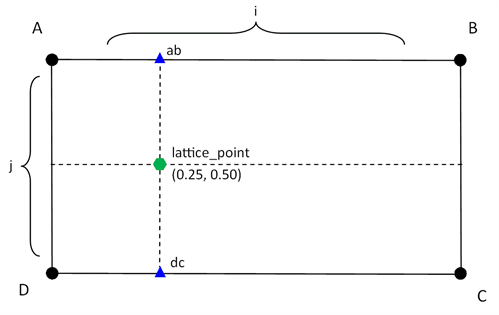 The script codes may be created as a script file, that can be used to get to the different lattice positions. This is also the concept used in the Palletizing wizard.

This script file may be used in programs and called as an assignment. 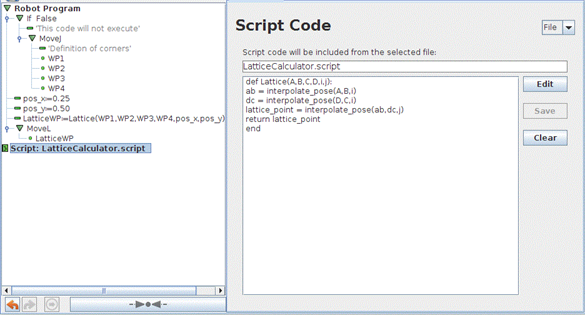 Note: Download example is available below for better understanding, open .urp on your offline simulator.