Back to overview
Difficulty level Advanced

This examples shows the minimal concept of a vision based picking solution.

These examples can be used for both CB2, CB3 and e-Series.

The example does not cover the method of retrieving the data from the camera, as various cameras have different options.
It is assumed that the camera is able to supply X, Y and rotation data from the common refrence position in respectively millimeters and degrees.

The basic setup is, that the camera and the robot agrees on a common refrence point.
This point can e.g. be taught as a Feature point or simply as a Waypoint in PolyScope. 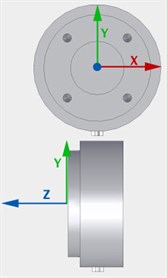 Setup the same refrence position in the camera.
Thus the systems looks like below.

If we placed an item in the cameras field of view, it could look like the illustration below.
Here the camera regognizes that the object, relative to the refrence point, is offset:

The camera feeds this information to the robot.
For translating the offset, to a position that the robot should move to, we will use the "pose_trans()" script code. 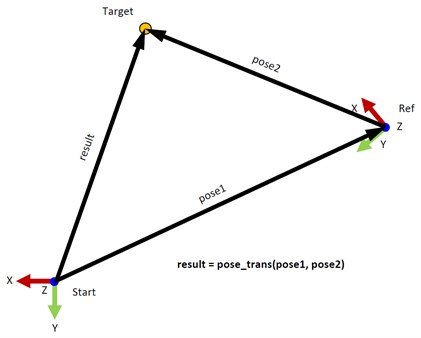 Now we can create our UR program.
The recipe is: 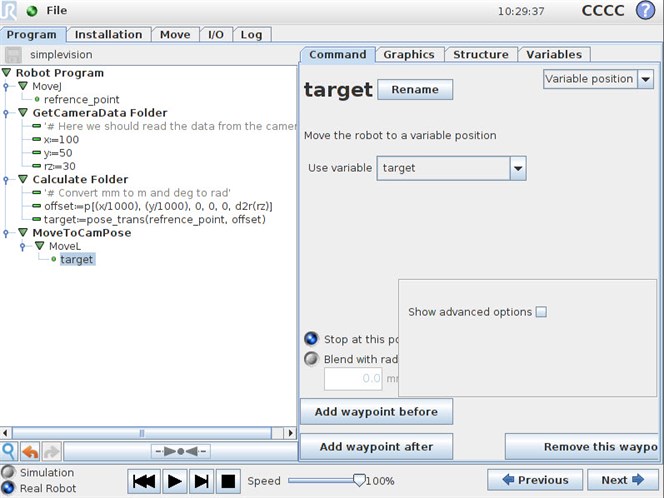 An example of combining UR robot with vision system