By using a UR10 cobot from Universal Robots to screw aircon compressors onto engine blocks, Opel relieves its assembly staff of an ergonomically unfavorable task. With the pilot application at the Eisenach plant, the car manufacturer is entering automation with cobots and gaining experience for future applications.

The Eisenach plant plays a key role in lean manufacturing. Opened in September 1992, the site with its approximately 1,400 employees has set trends for automotive manufacturing in Germany. With the aim of reinforcing its pioneering role, Opel established a plant-wide automation team in Eisenach in 2018. From body construction to assembly, the team identifies the potential for the use of new technologies and introduces them at the site. When the new project team started, they quickly found that collaborative robots could provide them with enormous innovative strength in developing modern assembly concepts. The cobots’ ability to work in proximity with people creates completely new scenarios for automation. 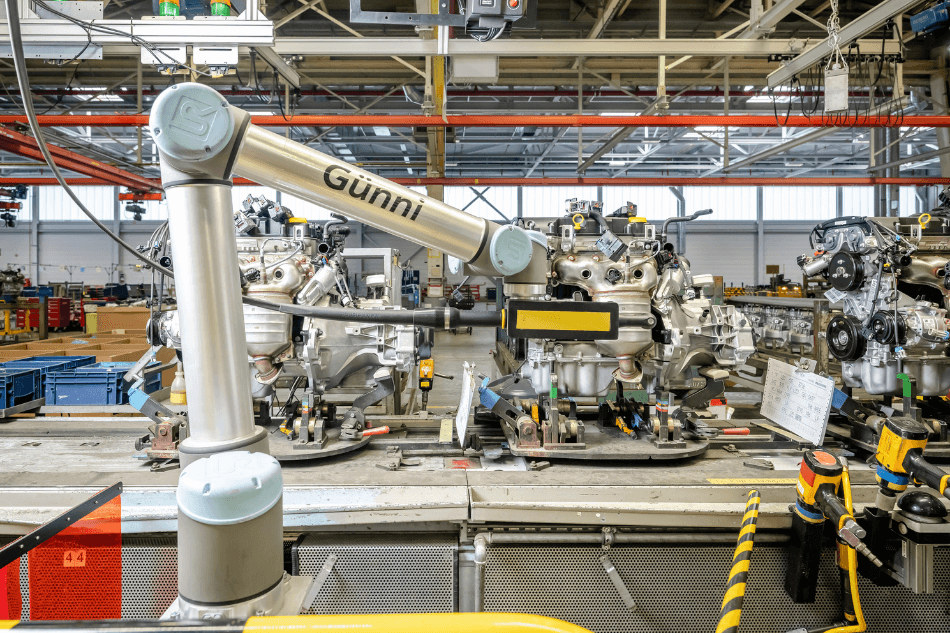 The UR-cobot supports the staff at the engine line. Several hundred parts come off the assembly line every day.

The UR-cobot supports the staff at the engine line. Several hundred parts come off the assembly line every day. 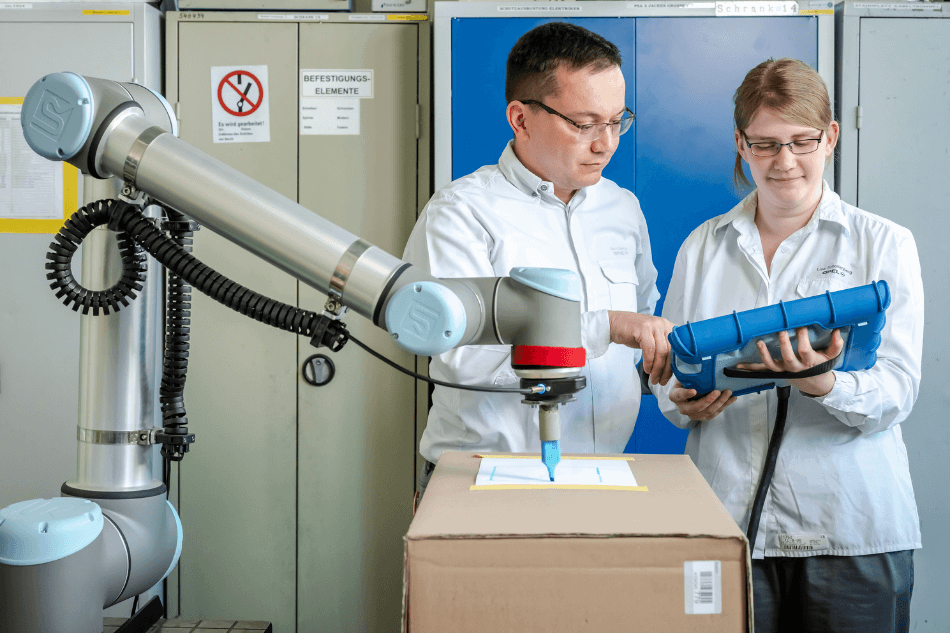 With a second UR10, the car manufacturer is developing new applications and educates its employees in how to use the cobots. 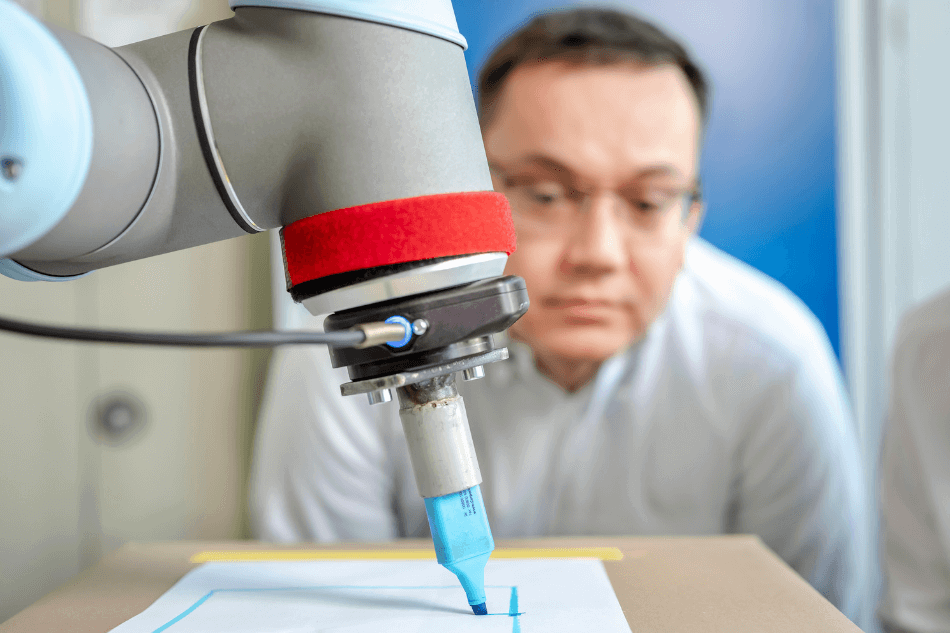 With a second UR10, the car manufacturer is developing new applications and educates its employees in how to use the cobots.

“The Eisenach plant has always stood for team spirit and premium manufacturing quality. With the cobots from Universal Robots, we can implement new deployment scenarios to support our employees.”
STEVE GEINITZ Manufacturing engineer at Opel Eisenach

Opel was already familiar with the collaborative robots (cobots) of Universal Robots (UR) through their use at the parent company Group PSA. The project team at Opel decided to implement a first cobot application at the engine assembly line. The cobot drives screws into aircon compressors on engine blocks here. Together with the employees, the UR10 works at a stop-and-go interval and tightens three screws to exactly 22 Newton meters every two minutes. Doing so, the cobot processes 30 engines of up to 7 different types per hour in a two-shift operation. The control of the production line lets the cobot know about the type of engine currently presented to it – so the cobot can always run the right program.

“The cobot from Universal Robots has enabled us to free our employees from an ergonomically taxing task on the engine line,” explains Steve Geinitz, manufacturing engineer at Opel Eisenach “In the past, they had to deal with a great counterforce when tightening the screws. The movement of their hands and shoulders was very tiring.” To prevent possible concerns of the workforce about working with the UR10, the manufacturing engineer gave the cobot the name “Günni”.

Opel handled the application deployment in-house, from building an end effector to the implementation on the line. The team led by Geinitz developed a screwdriver equipped with a special spring nut. The signals for the process on the line were simulated with the aid of a keypad in a development shop upfront. “The cobots from UR clearly convinced us with their simple programming,” says Geinitz “With many other models from the field of classic industrial robotics, you need to know your way around code in high-level language. By comparison, the Universal Robots user interface has a very intuitive graphic design.” As part of the project, a few employees did a basic training in operating and programming cobots at Willich Elektrotechnik – a certified training partner of Universal Robots.

Opel intends to follow up on the successes of the pilot application in the future. A second UR10 is already available in the development shop. The car maker is testing new applications on it and is educating the workforce in handling the future technology that is increasingly becoming reality in the factory buildings in Germany.