Group PSA’s Sochaux plant in France has chosen Universal Robots UR10 for its "Plant of the Future" Project.

Two UR10 cobots have been implemented at the Sochaux plant in screw driving applications on body-in-white assembly lines to increase performance and reduce production costs at the factory. Results include cost savings as well as improved geometric tolerance and better ergonomic work conditions for operators.

The evolution of the technology and customers’ expectations, coupled with market pressures, led Group PSA’s Sochaux plant in France, Europe’s second largest car manufacturer, to look for constant optimization of the industrial process. Group PSA sought, as part of their “Plant of the Future” project, to modernize its sites, compact its production line and lower the cost price of its vehicles. The group looked to Universal Robots to help it automate tasks on their assembly line in order to protect operators from TMS and overall competitiveness of their company.

The Sochaux plant chose Universal Robots through one of their distributors in France - Sysaxes. The robot installations were installed at the site, which employs 10,000 people and manufactures 40,000 vehicles per year.

The robot has to screw on the two sides of the vehicles, without bothering the operators who simultaneously work at other assembly operations.  “We have chosen the UR10 robot for several reasons. We needed a robot with a wide reach that would be able to operate a screwdriver. The UR10 robot met those needs,” said Cedric Grandjean, Architect Element Specialist, Finish Assembly Line.

The cobot is attached to a post, which goes under the vehicle in production. Two operators pull down the vehicle and block it on both sides. Then, UR10 follows a well-defined cycle: it inserts three screws on the right side and three on the left. It refolds itself at the end of the operation and two light bulbs light up to indicate if the work is correctly done. After that, it swivels itself back into operating position for another cycle before the arrival of the following car.

A task which seems easy at first sight, is an essential step in the conception of the vehicle which requires a perfect, flawless execution. At the beginning of the project, the Sochaux plant of Group PSA found out that this new application was unique on the market and decided to patent the entire application, integrating the UR10 robot, on national and international scale.

The cobot works beside operators safely. “Universal Robots UR10 is protected by the vehicle architecture. Furthermore, the robot’s speed has been reduced to protect the operators in case of a collision,” said Alexandre Le Helloco, installation driver at the Sochaux site. The robotic arm is easy to program and maintain through its touch screen tablet.

Even if the robot stirred up some apprehensions at its arrival to Sochaux site among staff, they quickly started appreciating the ergonomic work improvements delivered by their new robot colleague. The operators on the assembly line now affectionately call the UR10 “Junior.”

“I got used to working with the robot. To the point where, now, the crew calls it ‘Junior’”
Maryline Bianchi Operator

The Sochaux plant of Group PSA is very satisfied with the results delivered by the UR10s. The operators have improved ergonomics and safety at their workstations. “Thanks to the robot’s arrival, we have been able to lower the cost price of our cars while also improving the geometric dimensioning and tolerance (GD&T) up to 10%, “said Grandjean.

The cobot also has an excellent operational yield: no vehicle degradation has been observed with over 200,000 cars produced, and no failure has been reported in the first year. Group PSA is now planning to deploy the UR cobots at other production sites as well. 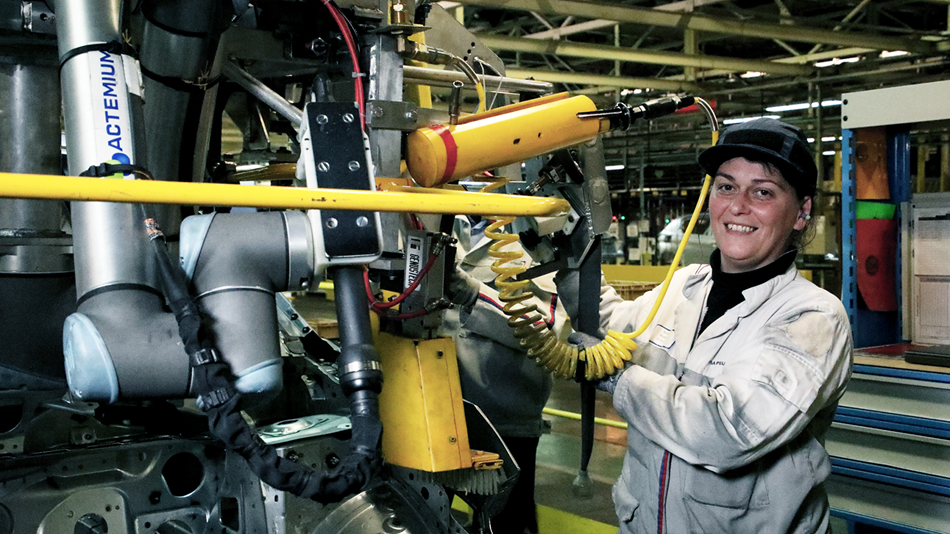 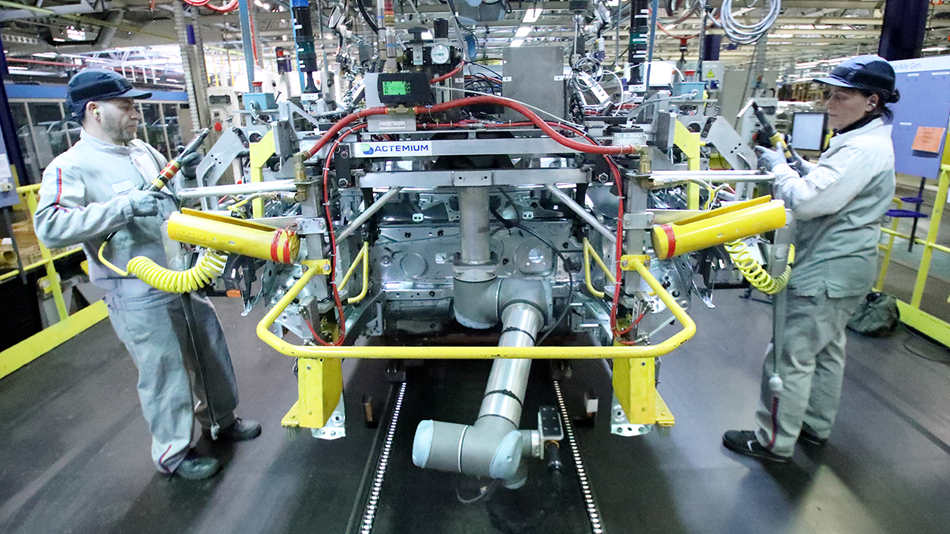 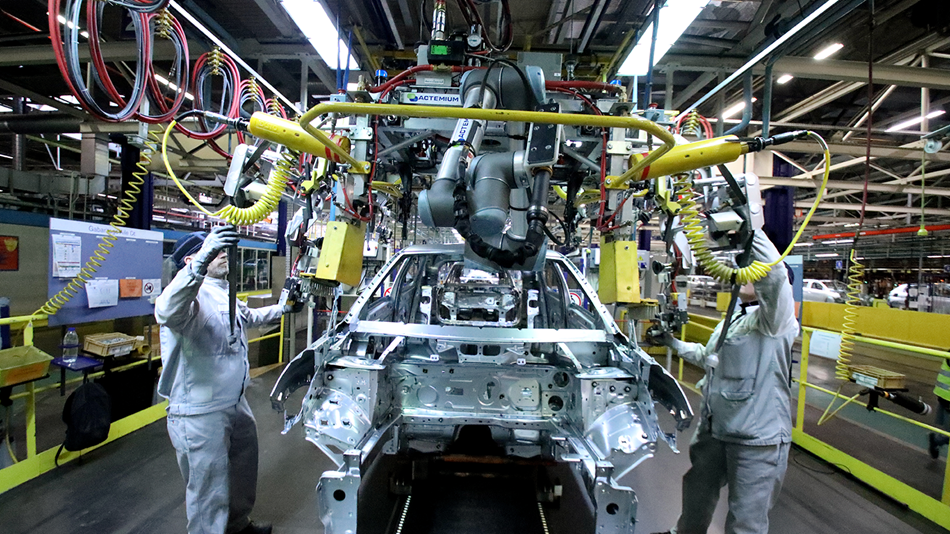 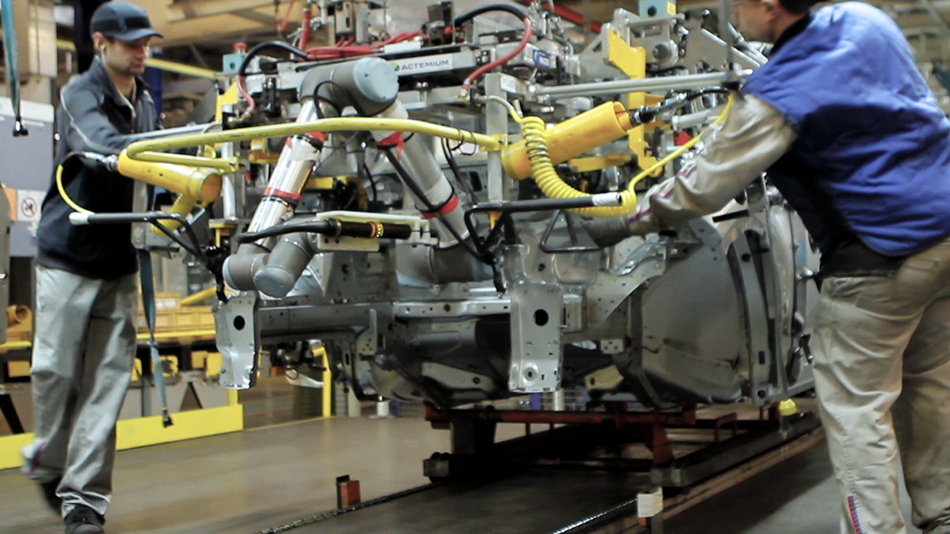 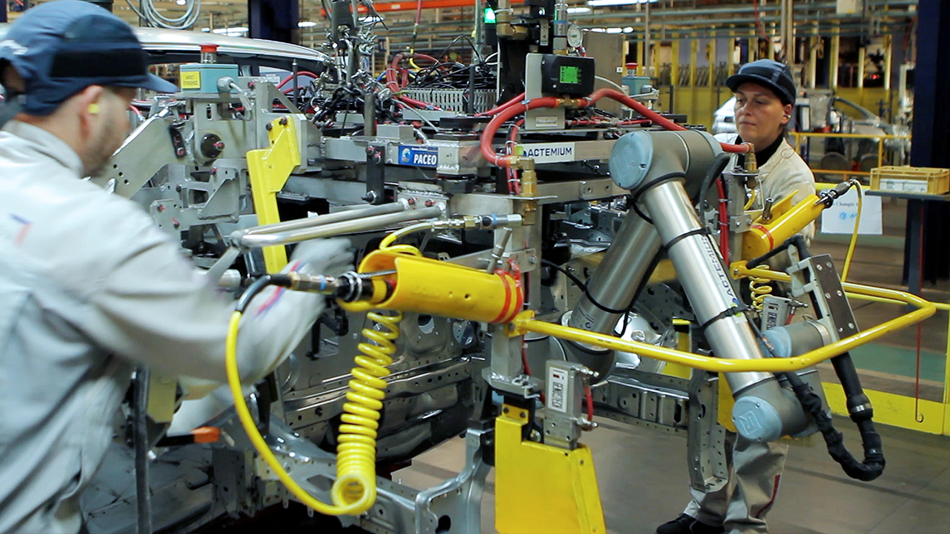 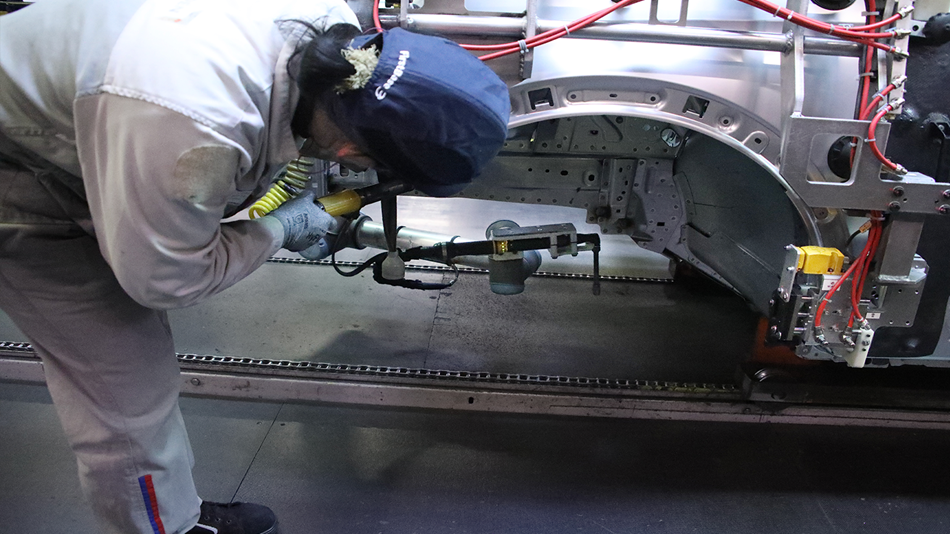