UR Polyscope: Move with respect to a custom feature/frame

These examples can be used for both CB2, CB3 and e-Series.

It is possible to move with respect to a custom feature (point, line or plane) using the Polyscope interface.

example : the code below is to move the robot 10cm along the Z-axis of the tool. 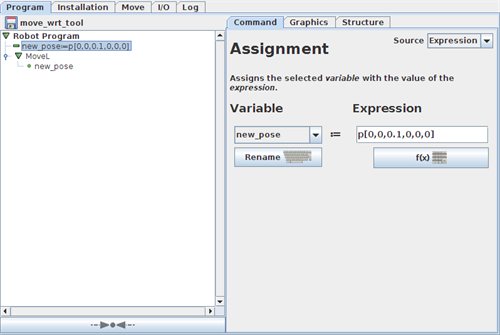 Once the pose variable is created:- 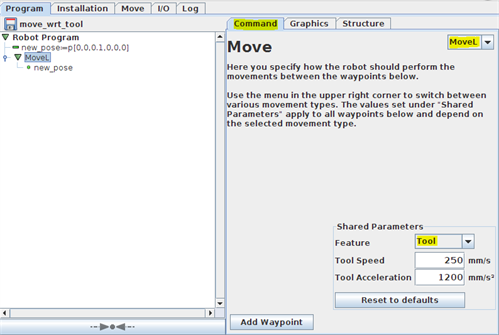 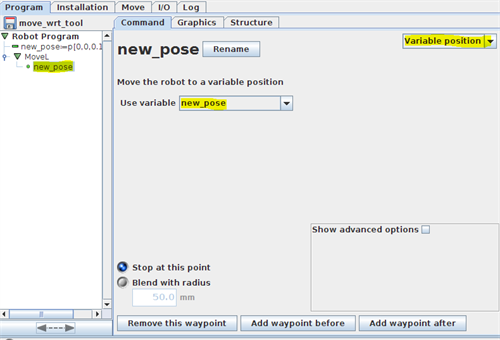 You are now ready to write a program to move the Universal Robot with respect to any feature. Remember practise makes perfect. Play around to get a better understanding of the concept. This is a powerful tool and will come in handy when integrating with vision and writing custom script based dynamic programs. Have fun!