Changing/repair or modifying the robot cable

THIS IS FOR CB-SERIES ONLY

A UR robot comes with a 6m cable only. There are no other options at the moment. If you have enquiries please contact your UR Distributor.

Cable on a standard UR robot

Connectors on a standard UR robot

Universal Robots does not supply individual parts in/on the cable between the controller and the robot.

However, the attached 3 pdf documents below will help you find the information you may need in order to source the parts locally.

The UR3 cable is connected to the robot with a square 7 pole connector for the control box.

The UR5 robot cable is attached to the robot, with a square 5-pole connector for the control box. 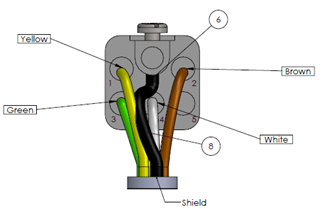 The four Lapp contacts are for the four wires, the smaller ferrule is for the shield.

The other end connects directly into the base. It may be difficult to get a thicker cable in.

The UR10 cable is separate from the robot and the controller with a square 7 pole connector at each end. 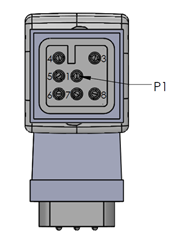 Since the connectors have the same pin configuration, it is possible to use straight or angled connectors at either end.