One of the world’s largest manufacturers of bathroom accessories and auto parts, Xiamen Runner Industrial Corporation in China, has installed 64 UR robots to upgrade the efficiency of the production process by establishing a highly-efficient, flexible, and reliable production line. The UR robots are installed in 10 different applications ranging from injection molding, machine tending, gas testing, and product assembly.

Before deploying UR robots, most operations at Runner Corporation were manual with operator fatigue posing risks on both safety and product yield. The company was devoted to developing a highly-efficient, flexible, and reliable production line.

“Our goal is to meet market demand by upgrading the efficiency of the production process. Universal Robots surprised us with their efficiency and the quality, which is much higher than traditional robots,” says William Xie, Chief Engineer at Xiamen Runner.Corporation.

The Universal Robots at Runner were installed, adjusted and put into production fast:

“With UR, a new project can be up and running in a week, while it takes as much as six months to get a traditional robot ready,” says Yiping Chen, Automation Manager at Xiamen Runner Corporation.

With flexible joints and compact size, the robots can work in tandem, sharing the same workspace in space constrained areas. Another innovation at Runner is to extend the UR robots’ reach and efficiency by fitting the robot onto a slide rail, eliminating the need to move a fixed machine while supporting multi work-station operation.

When pre-inserting a part, one UR robot can operate three sets of injection molding machines. With a six-gripper tool mounted on a flexible wrist joint, the robot quickly switches to any loading position.

The UR robots carry out product assembly by taking a nut from the vibration disc exit and putting it into the point, picks up the part to be machined, and finally removes the assembled products. Vision-guided pick and place is also a task now handled by the UR robots equipped with a vision system to precisely locate parts. The vision sensor locates object and their nomenclature on a conveyor and locks the gripper onto randomly placed objects.

Runner has witnessed a sharp increase in its product yield ever since the deployment of UR robots, while redeployment of staff positions effectively helped reduce the company’s employee turnover rate.

“As collaborative robots develop and are widely adopted, automation will no longer be associated with the mass production of standardized products. Automated production lines will allow low-volumes of various customized products. I am very positive to the prospect of Universal Robots,” says Mr. Xie. 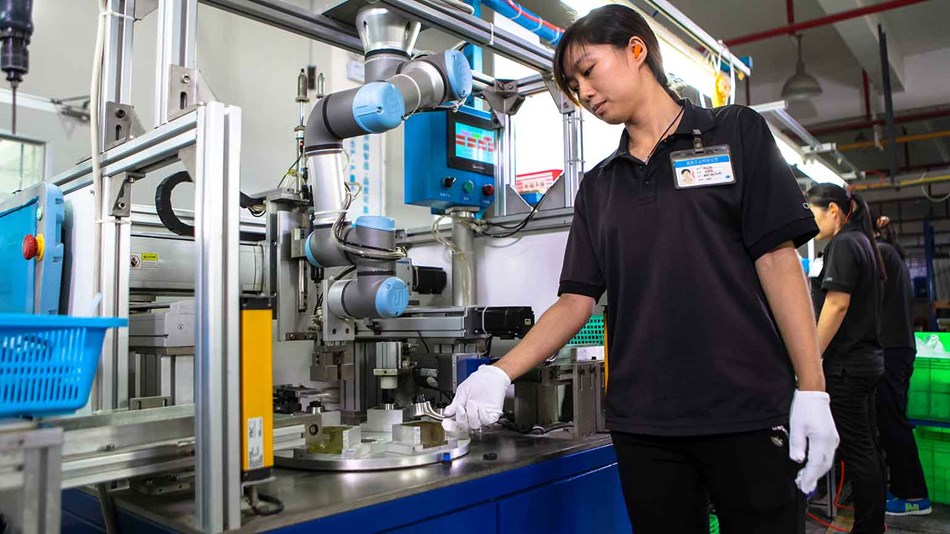 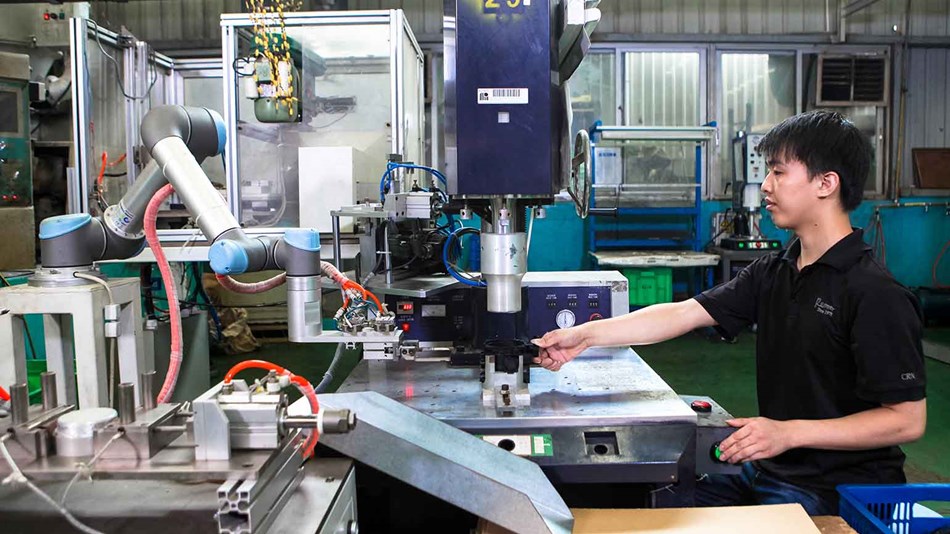