The company RNB Cosméticos has integrated six Universal Robots UR10 robot arms into its packing and packaging plant to perform end-of-line palletizing tasks. The collaborative cells offer the company a high level of versatility to comply with its six-packages-per-minute production cycles, which require flexible solutions for adapting to over 350 different items. The cobots collaborate with the workers in the same workspace, freeing up staff from uncomfortable, repetitive and non-ergonomic tasks that involved carrying 7 kg packages, risking injuries and fatigue. For the company, the solutions incorporated have contributed to breaking down a physical and mental barrier between machines and employees.

RNB Cosméticos’ DNA is based on four pillars: people and professionals, image and design, excellence and technology, and care for the environment. Based on these commitments, RNB Cosméticos needed to replace its old robots with four, five or six axes models that could only work in limited areas and required expert personnel for their programming and handling.

The objective was to find a solution that was versatile, user-friendly and easy to program that would allow workers to take a qualitative leap in their duties, changing from physical and repetitive tasks, based on cumbersome and non-ergonomic movements, to supervision tasks in an Industry 4.0 framework.

This is how RNB Cosméticos came across the collaborative robots from Universal Robots.

As collaborative robots arrived at RNB Cosméticos to carry out palletizing tasks they were viewed with suspicion by workers fearing their new cobot colleagues might take away jobs. However, the integration of the UR cobots has not only consolidated the existing staff but has led to new staff being hired as a result of the increase in production. Furthermore, it has prompted a rise in the professional skills level of the employees, as they are specializing in the basic handling of the cobots and now responsible for supervising their operation while controlling the production line.

“The cobots began to operate in just one week and our long-standing employees, who formerly worked on moving materials, have been working with the cobots right from the start,” says Aurelio Tornero, General Industrial Manager of RNB Cosméticos. “We are not hiring expert staff to handle a high-tech robot. We are turning our staff into experts with their skills level on the increase.”

Sinterpack was the company responsible for delivering this turnkey end-of-line palletizing solution through Universal Robots collaborative robotics. The collaborative cells were implemented in record time and they were accompanied by a risk analysis to guarantee complete safety for staff.

“We opted for collaborative robotics because our plant is small and we need the cobot to work in the same area as the employees in a comfortable and safe manner,” says Gregorio Camacho, Robotics and Automation Technician at RNB Cosméticos. “We were searching for a solution that would free workers up from the most cumbersome and physical tasks, such as moving packages weighing 7 kg, which had led to quite a few problems.”

The palletizing collaborative cells from Sinterpack with UR10 cobots have a gripper to move the packages at a rate of six cycles per minute, an additional lift column that can reach up to a height of 3.20 metres and safety sensors for stopping the robot arm in the event of collision or overexertion. The UR cobots have intuitive teach pendants so that any employee can reprogram the collaborative robot and adapt it to a new item.

“We need versatile automation when it comes to changing from one product to another with the more than 350 items that we work with,” says Cristina Jiménez, the company’s Production Engineer. The Sinterpack equipment allows us to reprogram the palletizing format from one item to another simply and in just one minute thanks to the collaborative robot interface.” In addition, the cobots from Universal Robots are not stationary, they can be moved around, working on other lines depending on production requirements.

The fact that the six UR10 robots have been perfectly integrated into RNB Cosméticos as if they were just another colleague is shown by the workers giving them nicknames. In the future, collaborative automation at the company could move towards more specialized cobots, a greater interconnection of the robots with other areas of the factory, and artificial vision or microbiology applications.

“We are not hiring expert staff to handle a high-tech robot. We are turning our staff into experts with their skills level on the increase”
Aurelio Tornero General Industrial Manager of RNB Cosméticos. 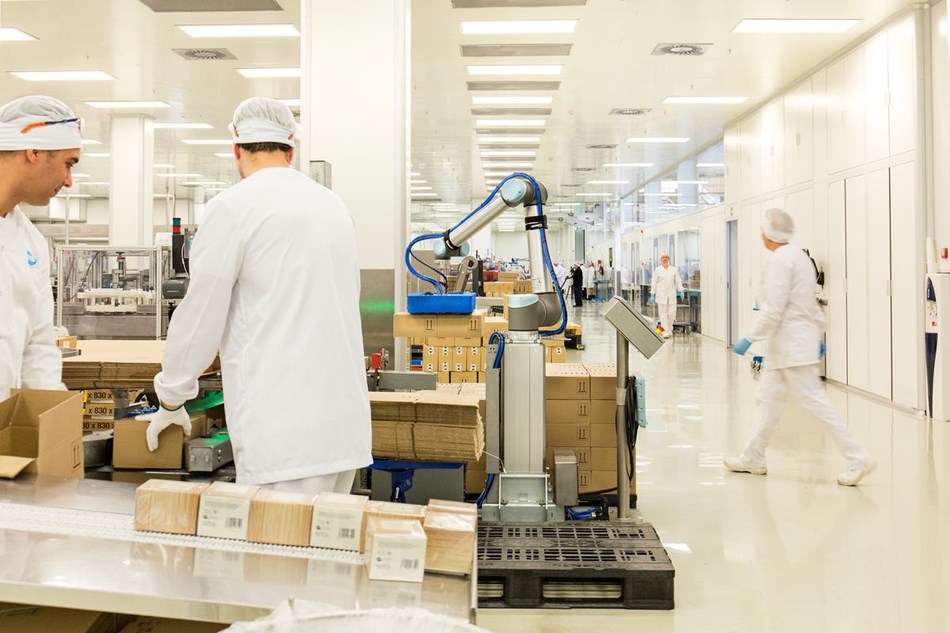 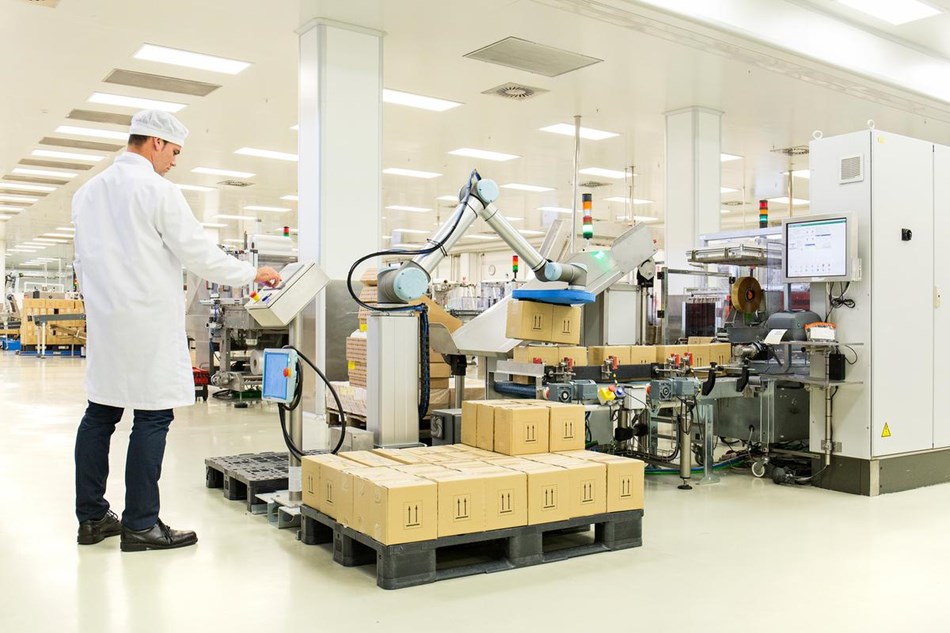 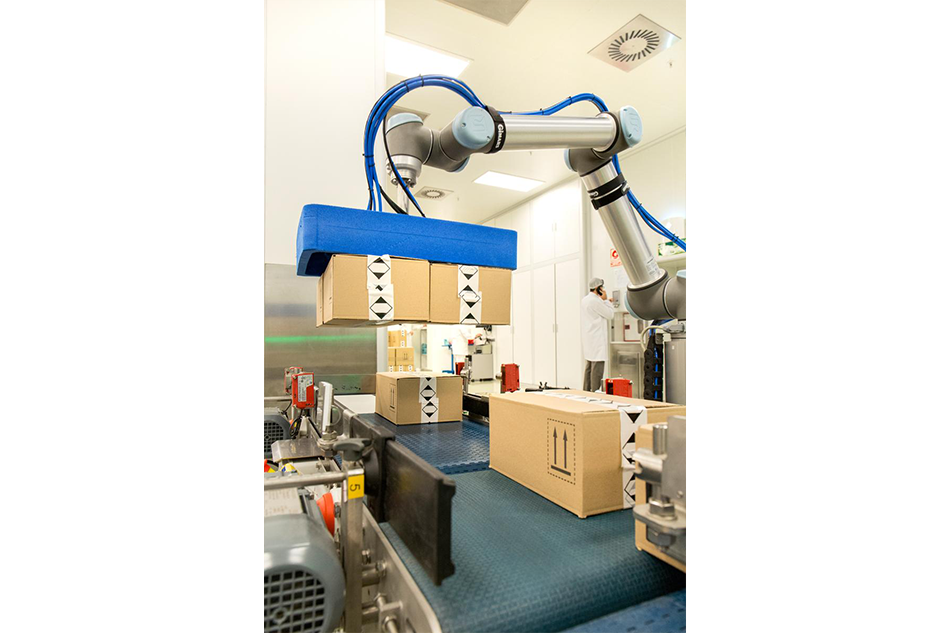 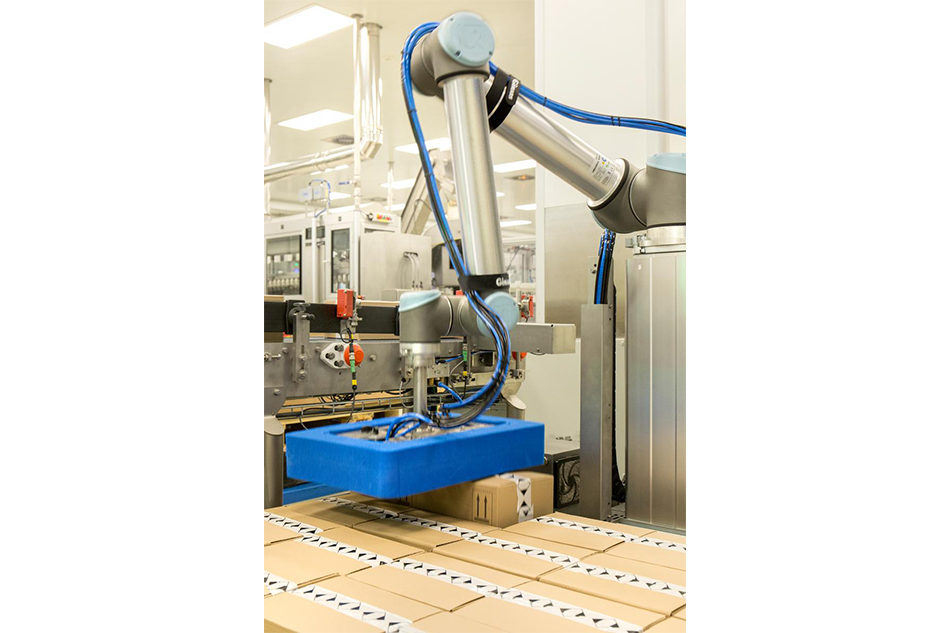 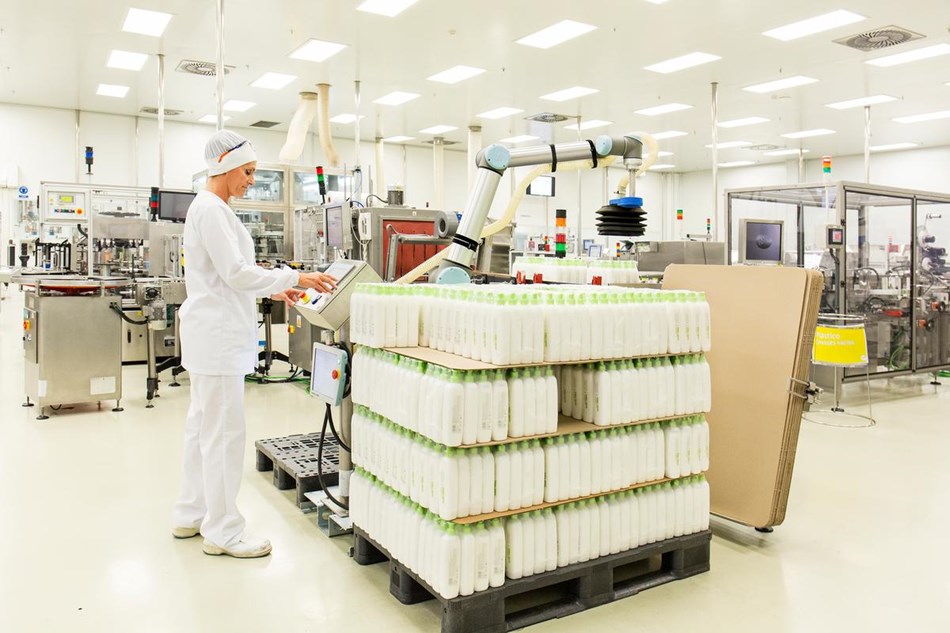 ARE YOU READY TO AUTOMATE YOUR BUSINESS? 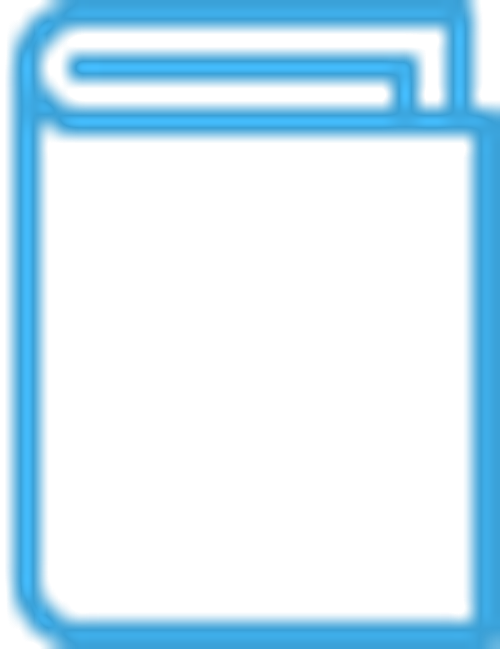