UR3 Cobot Deliver 123% Increase in Production, Reducing Costs by 8%

IPTec, a manufacturer of ignition transformers, has deployed two UR3 cobots in picking up and moving ignition transformers for soldering, inspection and marking. After the introduction of the UR3 cobot, the company was able to reduce the fatigue of production workers by replacing repetitive tasks. As a result, daily production increased by 123% and manufacturing costs decreased by 8%. Defects related to product supply achieved a figure close to 0%.

The company wanted to automate manual operations such as picking and placing ignition transformers on worktables as this manual repetitive task brought frequent mistakes and fatigue of operators. IPTec needed to improve the on-site working environment for its production workers while at the same time increase productivity and reduce manufacturing costs through a robust, yet flexible automation solution.

“Our top priorities when selecting a solution were the possibility of collaboration between workers on the shop floor, safety and flexibility,” says Shin Jeong-eok, Vice President of IPTec, about the company’s decision to deploy a UR3 cobot.

Director at IPTec, Jung-Ouak Shin, says that the company reviewed many comparable cobots: “In the end, we selected Universal Robots for its strong brand awareness, excellence in performance and versatile applications.”

Workers can now prepare for production, maintain and manage the UR3 cobots, that now smoothly performs the pick and place tasks, freeing up workers from simple repetitive tasks.

The UR3 model was chosen due to its 3kg payload, which was sufficient to handle the ignition transformers, that weigh less than 1kg. The install was carried out with the help of HRT, one of the major distributors of Universal Robots in Korea. Moreover, IPTec could minimize the initial investment cost through a government-supported project hosted by Daegu City and Daegu Machinery & Components Research Institute.

“With the introduction of the UR cobot, simple repetitive tasks performed by workers could be automated, which reduced manufacturing costs and increased productivity at the same time”
Shin Jeong-eok Vice President, IPTec 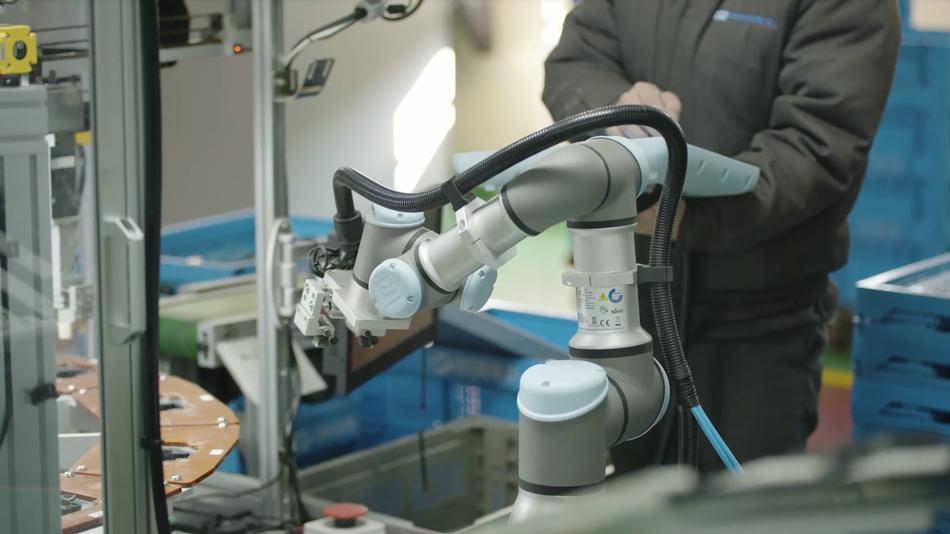 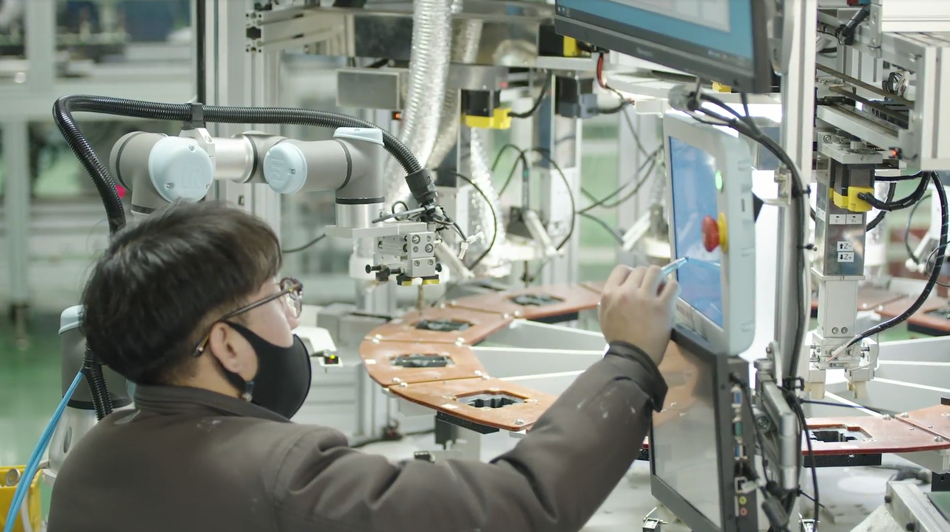 The team leader of IPTec prepares the UR3 for pick and place tasks. 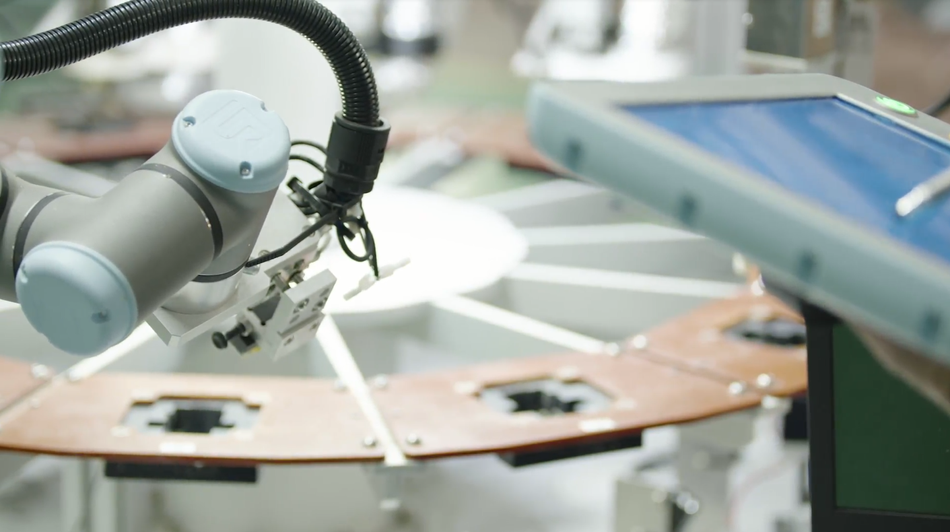 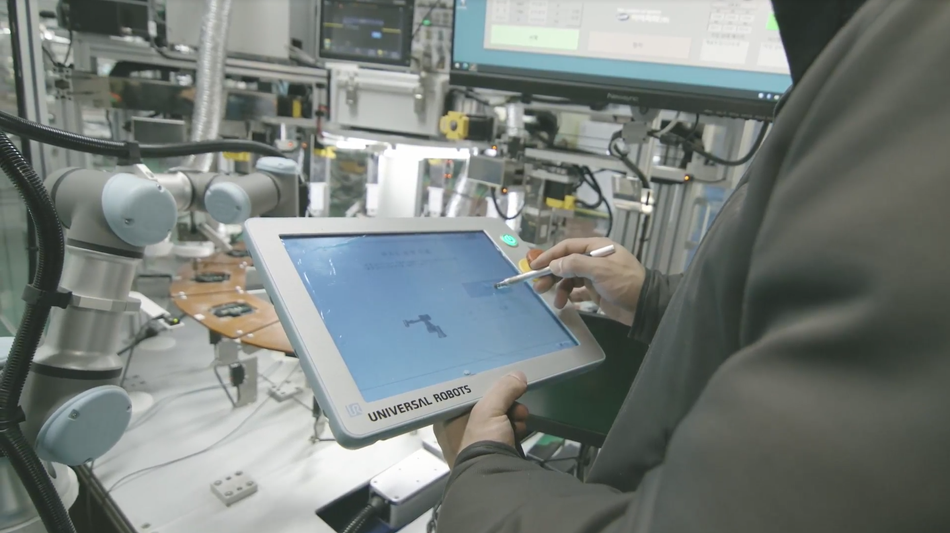 No scripting required: Employees program the UR3 through an intuitive touch screen interface.

UR cobot models:
2 x UR3 cobots