and Palletizing of Heating Elements

AQUAEL belongs to the world leaders in the aquatic industry. In its biggest production site, in Suwałki, Poland, the company implemented the UR5 collaborative robot which daily automates the process of machining heating elements designed for aquariums. The use of a cobot shortened production time and moved employees to different manufacturing areas. The UR5’s return on investment is estimated at 16-18 months with the company planning further implementations of UR’s collaborative robots.

AQUAEL operates in two production plants in the Polish towns of Warsaw and Suwałki. The plant in Suwałki employs around 450 people and it is the biggest production facility in this segment in Poland and one of the biggest in Europe.

A challenge to further development of the enterprise is the current situation on the labor market, facing increasing labor costs and difficulties in finding employees. “We needed a more effective production, which means that we need to produce more with the same costs,” says Arkadiusz Soroka, Director of AQUAEL plant. “We also wanted to automate strenuous and monotonous processes in order to be able to move employees to different areas and become a more attractive employer.”

In the beginning of 2019, AQUAEL implemented the UR5 cobot from Universal Robots now tasked with handling of the daily process of machining ceramic moulders, the core of the heating element of the aquarium heater. Equipped with vacuum grippers the UR5 picks a part from a stack of small pallets prepared earlier by an employee. As a next step, the robot loads the heater into the milling machine, removes the part and puts it aside on another pallet. The machining cycle of one pallet takes less than 18 minutes. The robot works fully autonomously, the operator just delivers and collects the pallets and controls the cobot’s work. Then, the elements are burnt in a stove in a temperature of 1200 degrees. The described process from the very beginning was designed for a UR cobot. “Robotization of tasks which are monotonous and tiresome for humans enabled the company to boost production efficiency, answering also the current challenges of the labour market,” says Arkadiusz Soroka.

„The UR collaborative robots can work side by side with a human and don’t require continuous control. The team of engineers is devoted to programming, whereas a person directly collaborating with the robot is the operator who delivers and picks pallets with processed elements,” says Rafał Sienkiewicz, Process Engineer in AQUAEL plant in Suwałki.

AQUAEL was able to install the UR5 in a small area that didn’t require any additional conveyors. “We simply place the cobot on the production table right next to the working employee. UR is fully safe and the programming of the first task took us only few minutes,” says Arkadiusz Soroka.

Looking for an optimal method of automation, AQUAEL engineers went as far as to robotics fairs in China, which is where they saw UR cobots for the first time and decided to find out to what extent they could be effective in the robotization of their plant.

AQUAEL engineers received 10 different offers from robotic companies. UR cobot was chosen due to its ability to work safely without additional guarding, its easy programming, small size and flexibility.

„Deployment of the cobot in production initially created some concerns among us because we had no experience in preparing the work cell for robots and their programming,” says Michał Kalejta, Process Engineer in AQUAEL plant in Suwałki. “We started programming cobots without having completed the basic training. Nevertheless, with a little help from the integrator we were able to put the robot to work by ourselves. Programming of next cobots will be even more efficient.” 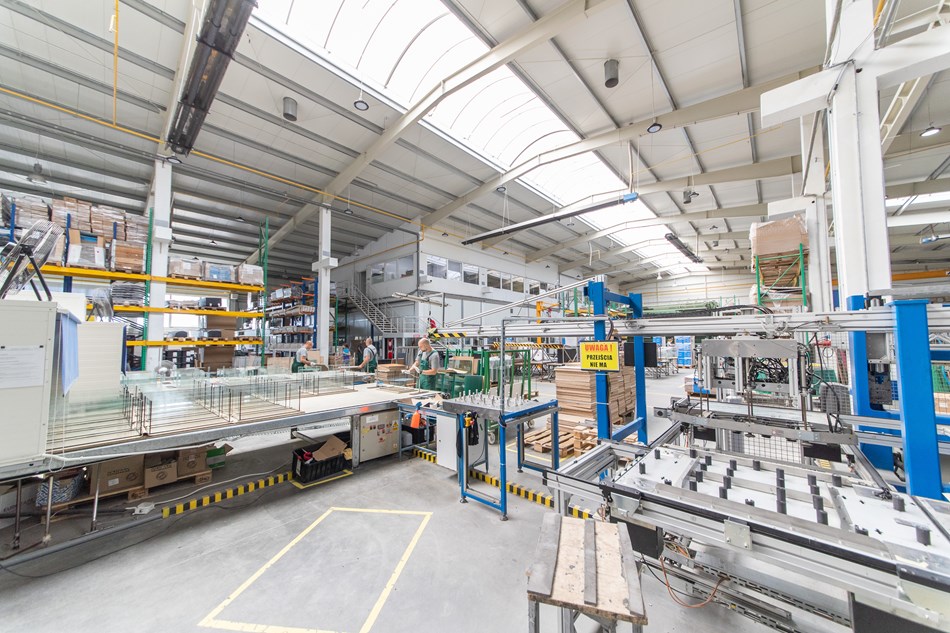 For over 35 years now, AQUAEL has been manufacturing everything required for setting up and maintaining freshwater aquariums or garden ponds 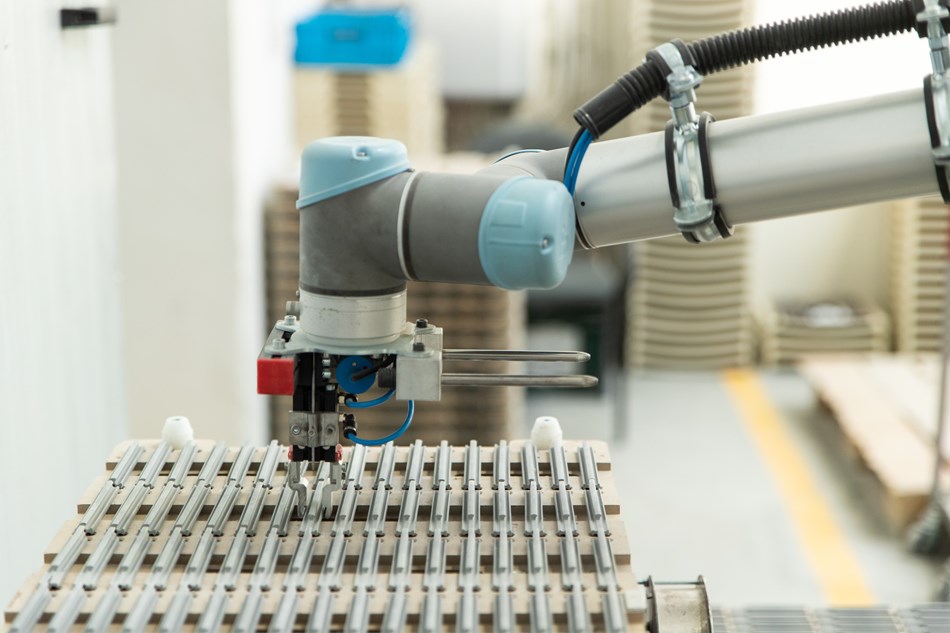 UR5 loads the heater into the milling machine, removes the part and puts it aside on another pallet 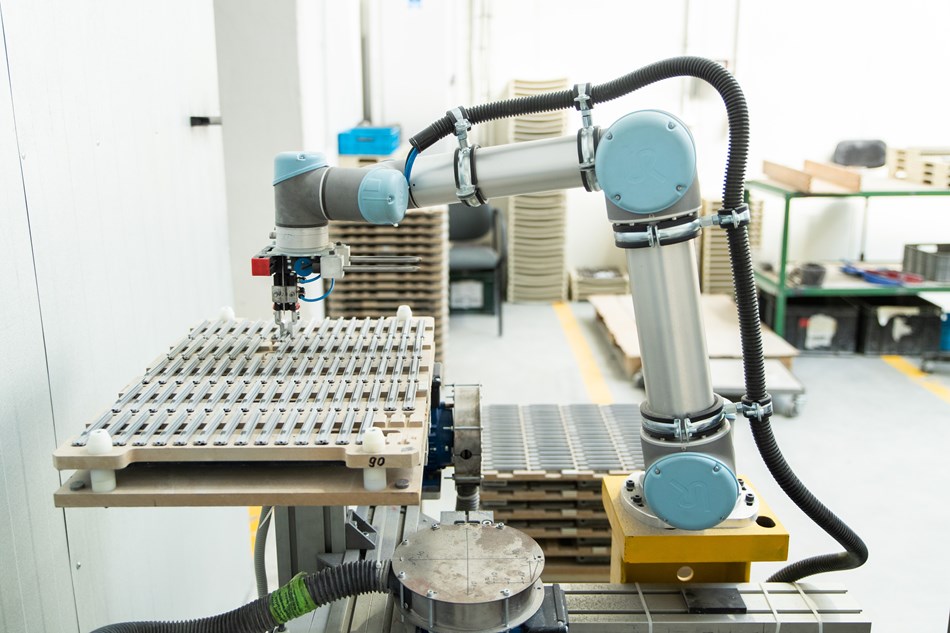 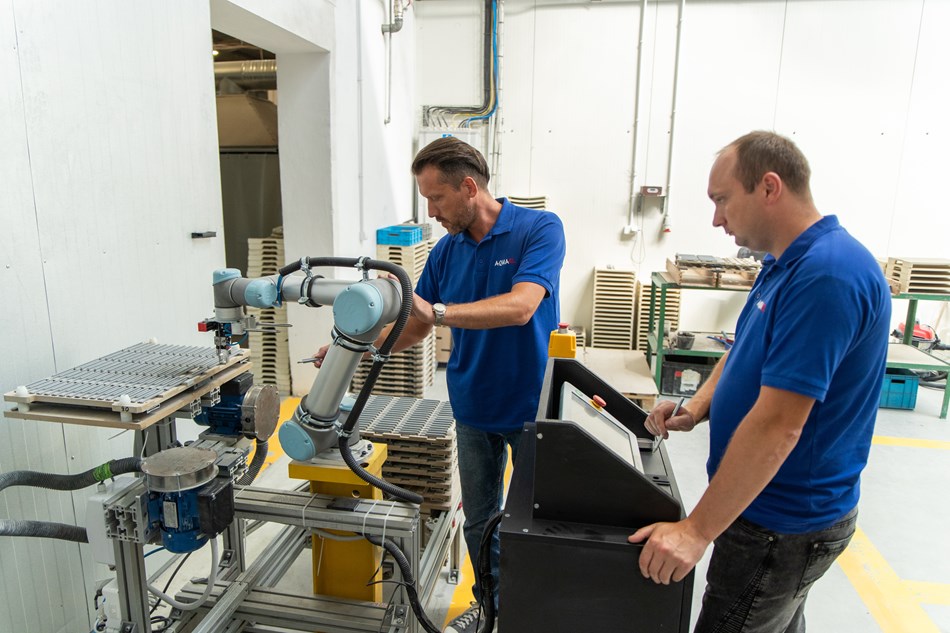 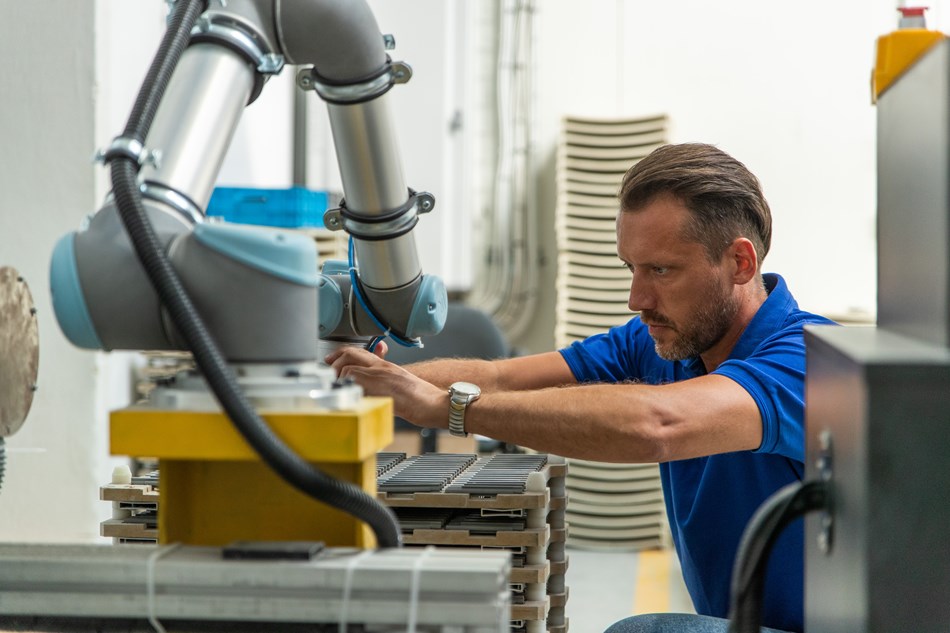 UR cobot was chosen due to its ability to work safely without additional guarding, its easy programming, small size and flexibility

“We have just started the process of robotization of our plant. We will automate the next work cells using more UR robots.”
Arkadiusz Soroka Director of AQUAEL plant
AUTOMATION CHALLENGES SOLVED
KEY VALUE DRIVERS
TASKS SOLVED BY COLLABORATIVE ROBOTS: