Facing shortage of labor force and rising labor cost due to decreasing labor force population, ALPHA Coporation had to continue improving productivity in their production lines in order to keep competitive in the future. At the same time, they were required to automate production lines by utilizing the existing process and its equipment at most. Consequently they decided to deploy collaborative robots of UR3 and UR5 as they are light-weight, flexible and can be used without fence.

As a “key and keyless” lock manufacturer, ALPHA Corporation manufactures a wide range of products that include coin-operated lockers, housing & industrial locks, and automobile parts. At Gunma Plant, they do full production, from molding and casting to paiting, plating, and assembly. In addition to production, Gunma Plant serves as the global production technology Center and receives trainees from the group companies including oversea plants.

At Gunma Plant, ALPHA has launched a project to keep improving productivity of existing production lines in coming years, when there is a social problem of labor force shortage and rising labor cost due to decreasing labor force population. "The challenge we were facing was to improve productivitiy without changing layout of existing porduction lines", said Mr.Kenichi Yoshizawa, Production Chief of Gunma Plant. "Initially we have also considered deploying industrial robots but abandoned the idea since we did not have enough space to put industrial robots with fence around them."

At Gunma Plant, they decided to deploy Universal Robots' collaborative robots in key cutting lines after much consideration. In 2015, one UR3 has been installed at the palletizing finished key process. With its success, they introduced two UR5 to molding process.

When workers manually perform the task, there are mistakes that cause scrap. Unlike the manual process, using robots produces the same number of works in the same amount of time every time. When you deploy robots, you have spare time to do different tasks. You don’t have to worry about them stopping so you can concentrate on other things. "We were able to improve productivity dramatically. We now operate 24 hours a day and, compared to before we installed Universal Robots, productivity of the automobile key molding process has improved 20%." said Mr. Yoshizawa.

When it comes to the maintenance, there are training and support from Universal Robots partners. After receiving the training, you are able to teach and service the robots yourself. Gaining a better understanding of the robots also gives you the confidence to handle anything that might go wrong.

"Moving forward, we want to deploy even more robots and automate the gate cutting in the molding process to further boost productivity." concluded Mr. Yoshizawa.

Fill out the form to receive your automation expert call!

“Moving forward, we want to deploy even more robots and automate the gate cutting in the molding process to further boost productivity.”
Mr.Kenichi Yoshizawa Production Chief of Gunma Plant. 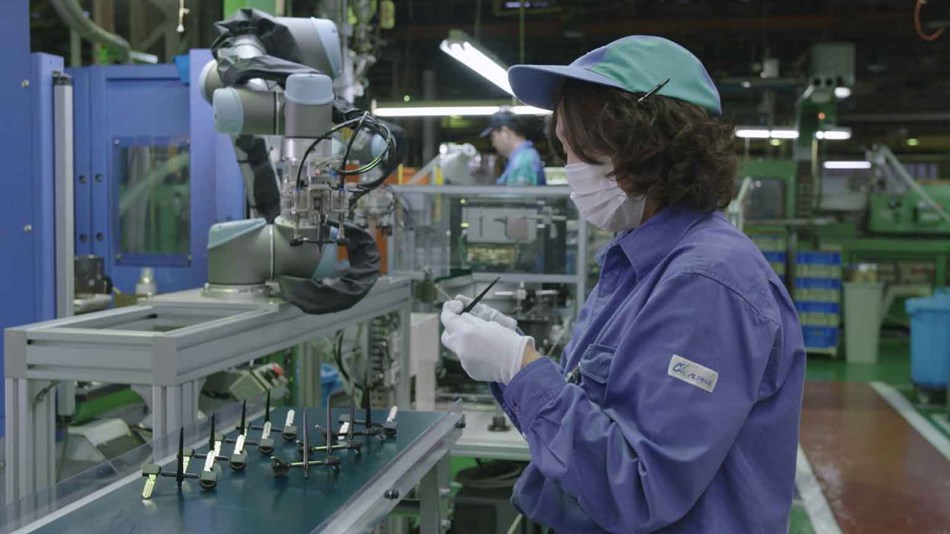 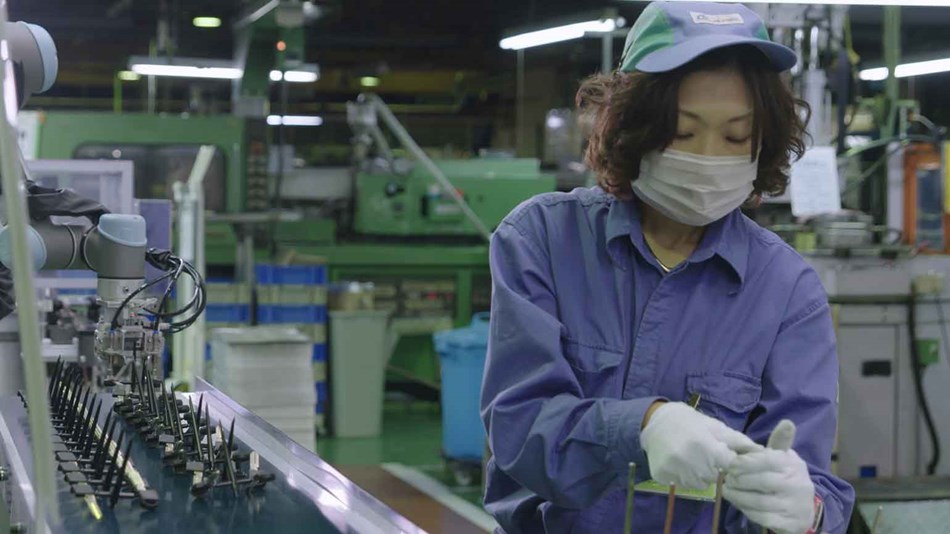 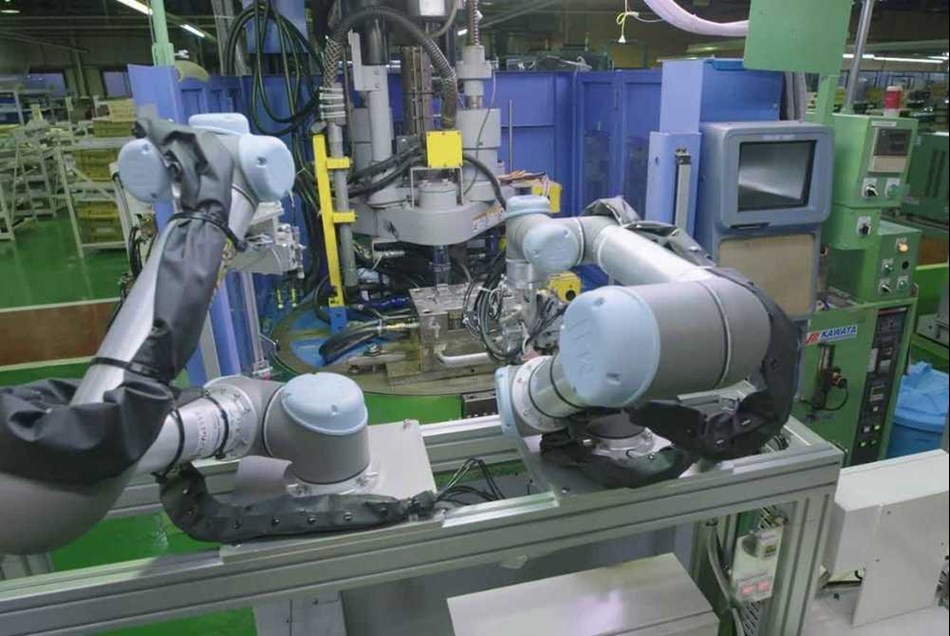 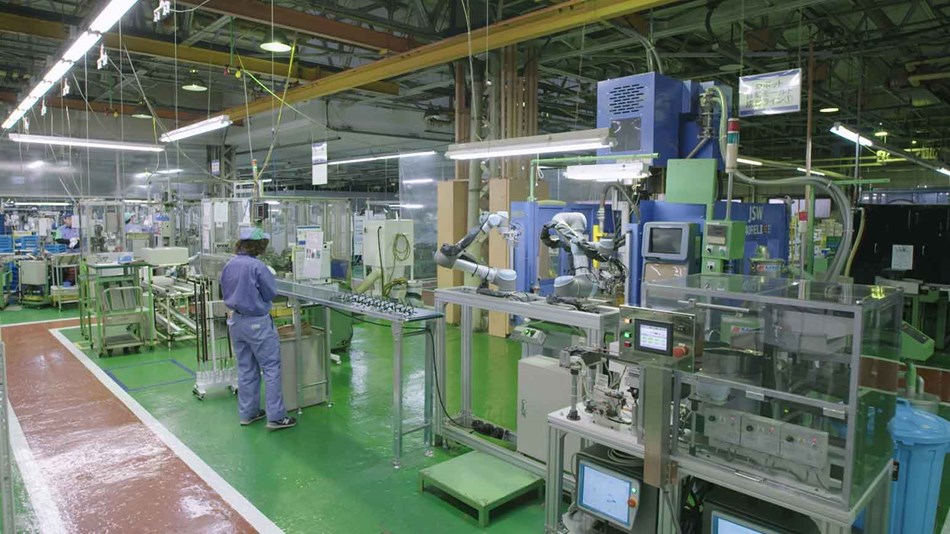 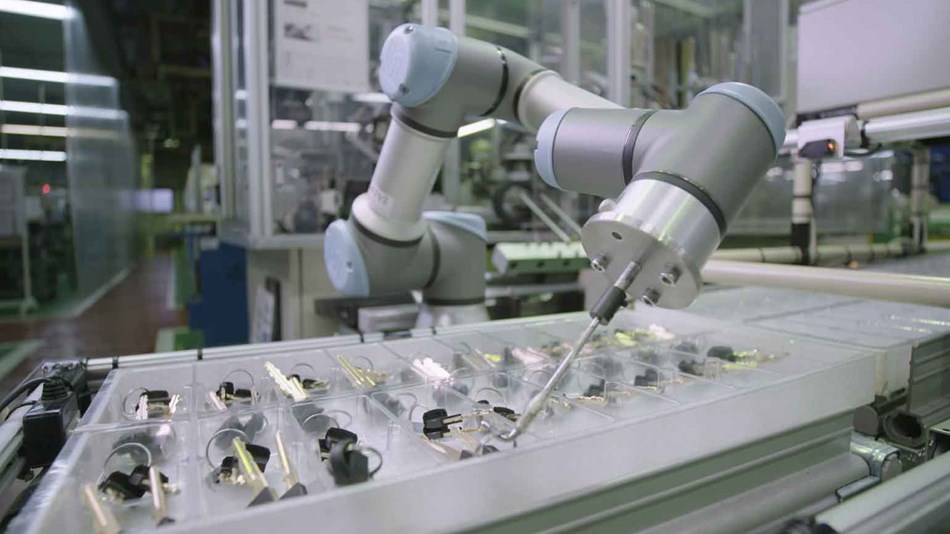