How Manufacturing Automation Can Reduce Workplace Injuries and Improve Morale 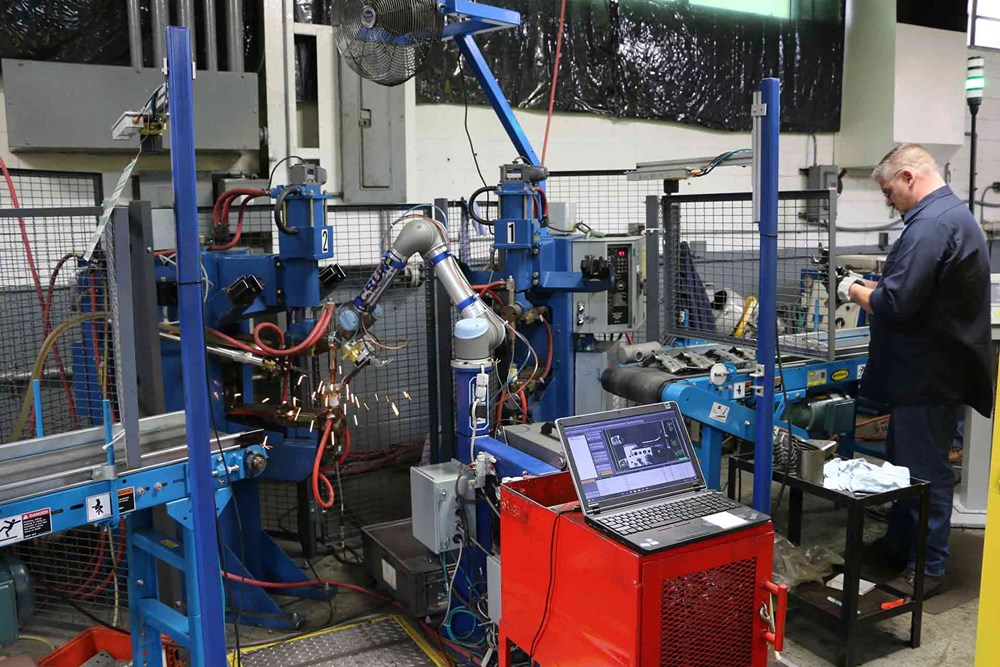 One of the primary challenges facing manufacturers today continues to be their inability to fill open positions, which strains overall productivity and growth. Recent reports and surveys have confirmed that finding skilled workers remains a top challenge for manufac­turing executives today. The situation does not appear ready to improve any time soon and the most recent skills gap study from Deloitte and the Manufacturing Institute projects more than half of the 4.6 million manufacturing jobs created over the next decade will go unfilled.

In addition to this challenge, employers in the manufacturing industry are facing immense costs associated with workplace injuries. In 2018, more than 115,500 manufacturing workers and 17,000 warehouse workers missed workdays due to injuries, causing both direct and indirect costs, the latter proving to amount to 20 times greater than direct costs.

More than 104 million work days were lost due to workplace injuries and fatalities in 2017. This is in addition to the $95 billion that US companies pay annually in workers’ compensation insurance. Bringing these national numbers down to the individual incident, the NSC estimates that the average di­rect and indirect cost of a workplace injury was $39,000 in 2017, and the average work-related fatality costs an average of $1.15 million. These numbers add up to one conclusion, amidst a labor shortage that is constricting the availability of skilled workers: on-the-job injuries place a heavy toll on manufacturers, both financially and operationally.

One well-documented solution to filling the manufacturing labor gap and shift workers away from the dirty, dangerous and dull jobs is the use of automation, including robots and “cobots.”

Automation: The Safe Solution
Collaborative robots, or “cobots” work together with humans without posing unacceptable risks of injury. Cobots tend to operate more like humans, working at a human pace, capable of lifting payloads like a human worker. Industrial robots on the other hand, which are heavier, larger, and typically moving at a faster speed, pose a significant threat to unprotected human workers, requiring safety precautions such as fencing. Cobots, therefore, offer a way to protect more workers in applications that once were beyond the ability of a traditional robot or production equipment.

Etalex; a Canadian manufacturer of shelving systems had no room for safety guarding in front of the press brake and needed a flexible user-friendly robot that could safely handle the pick and place tasks in a high traffic area. The UR10 robot was up for the challenge. Machine operator at Etalex, Richard Clive, stresses how the UR10 has made the workplace ‘a 100% safer.’ “Before, you had to put your hands close to the brake press. There’s always a chance of an accident happening at any time. But with the Universal Robots, there is no chance of anyone getting injured.”

Unlike traditional robots that require engineer-level programming, cobots are designed to make programming simple through human-machine interfaces (HMI) familiar to anyone who has used a smartphone. By eliminating the need for formal education in programming or robotics, such interfaces and capabilities make the skills gap and learning curve for using cobots diminishingly small. This also greatly reduces the time, effort, and cost associated with using the same cobot for various tasks as a cobot’s flexibility translates to a significantly faster return on investment. 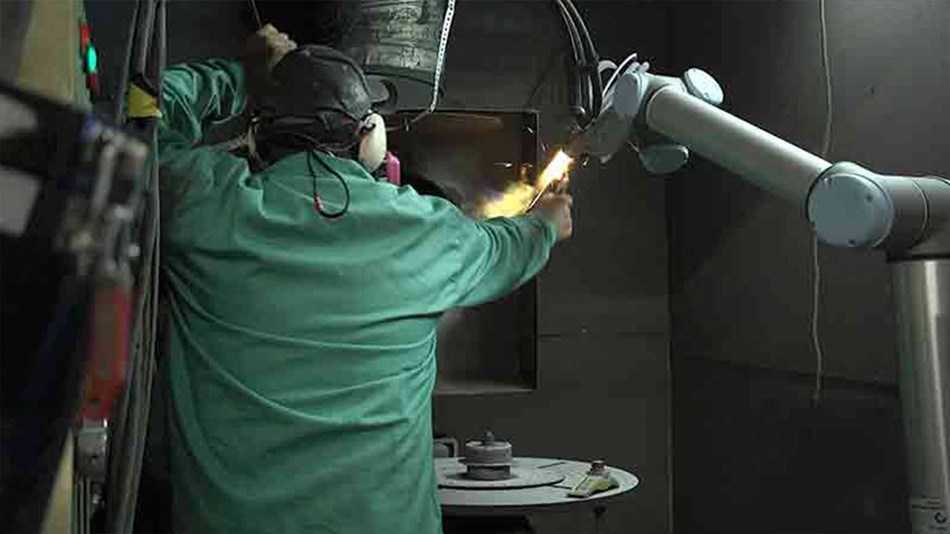 At Aircraft Tooling, a Texas-based repair center for the aviation industry, a UR10 has taken over the metal powder and plasma spray processes; dirty and potentially hazardous tasks for human operators 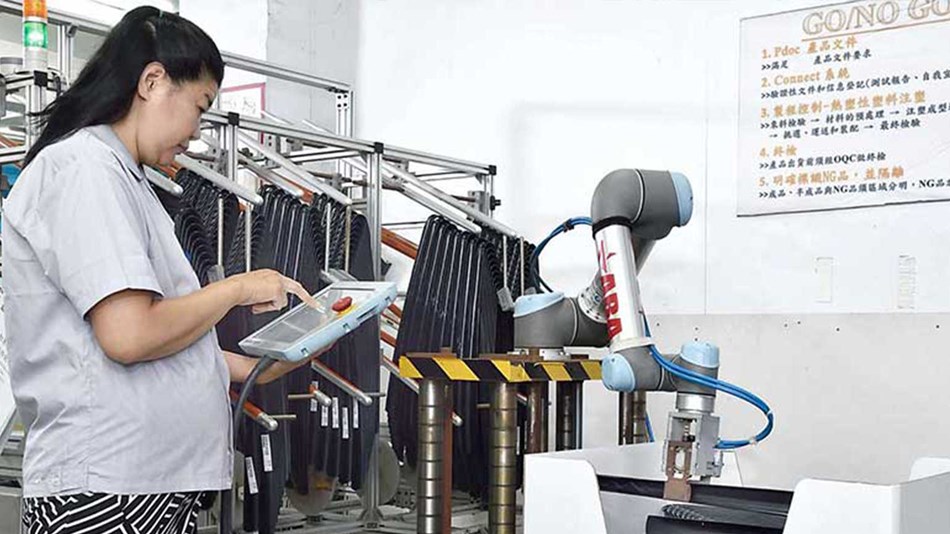 At Taiwanese injection molder BTC Mold, the UR cobots have lowered the lower occupational hazard risks, creating a workplace that is friendlier and safer for employees. 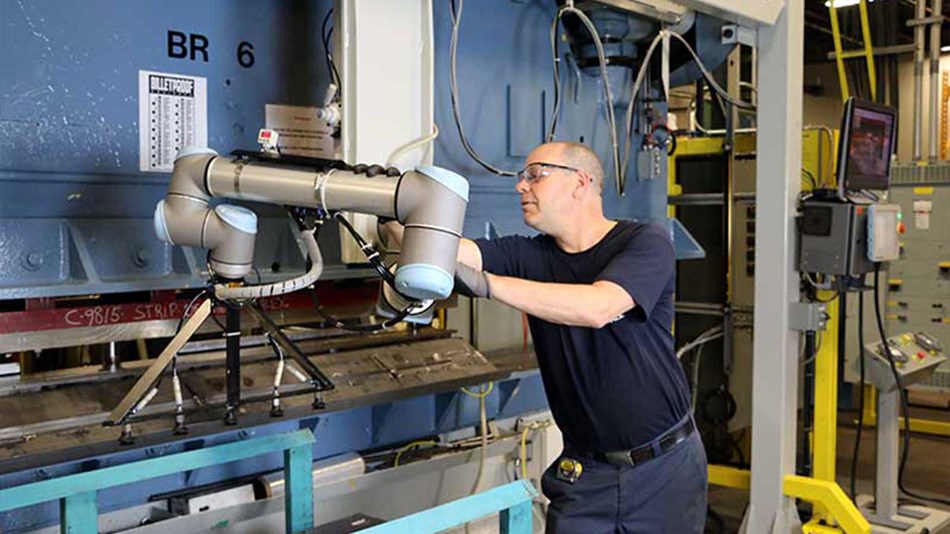 Etalex; a Canadian manufacturer of shelving systems had no room for safety guarding in front of the press brake and needed a flexible user-friendly robot that could safely handle the pick and place tasks in a high traffic area. The UR10 robot was up for the challenge.

The fast ROI is achieved through the cobots’ ability to free up workers’ time, allowing them to tackle higher productivity processes and ultimately acquire new skills for a modern manufacturing age. In addition to this, cobots don’t come to work tired or sick; always do as they’re told without complaint – including performing every safety check; and aren’t impacted by repetitive, potentially dangerous tasks like machine tending, welding, and assembly. By combining the productivity and quality gains with safer workplaces, cobots will be an important component in the solution to the manufacturing labor gap today, and tomorrow.

Interested in learning more about how automation can resolve your labor shortage and reduce the cost of a workplace injury?  Download our whitepaper below! 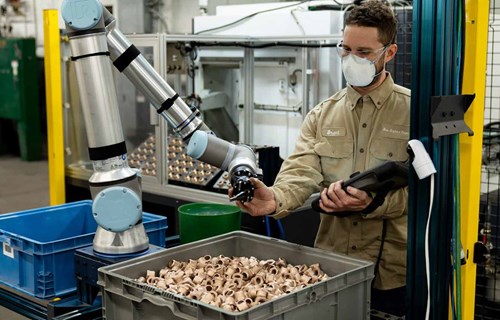 After wreaking havoc on our families, the economy, and the overall social fabric of countries around the world, COVID is abating. Or at least we are learning to live with a pandemic hanging over our collective heads. According to an article in Deloitte Insights, the North American economies are recovering, and demand is ahead of pre-COVID levels. All good – but what about manufacturing labor? When COVID exploded in March 2020, we were struggling to find workers, skilled or entry level, for manufacturing jobs in all industries. And where are we today? Deeper in the hole!