Collaborative robots have become the buzzword in industrial automation. At Universal Robots, we define ‘collaborative‘ by ease-of-use, ease of integration, and affordability, and safe. In this blog, we focus on how the safety aspect is defined by the current safety standard.

In reality, only option c) and d) are used for beneficial collaborative applications in industry:

Currently, most collaborative robots including Universal Robots are inherently designed to limit power and force. If the robot detects a certain level of power or force, the robot stops the robot system to protect the human operator. Due to the safety-functions for motion, speed, force, and power monitoring, the human and robot system can move at the same time in the same workspace. As long as the risk assessment is conducted properly, traditional guards and protective devices are not needed.

The power and force limiting method assumes that the human can contact the moving robot system. Hence, we should consider the impact to the human body during the risk assessment process. To prevent pain or injury, the application restricts payload and speed. As a result, the robot speed will likely be too low to be useful for high-risk applications.

In order to use the speed and separation monitoring method, external safety devices such as a safety scanner have been used to lower speed as a person approaches the collaborative workspace. 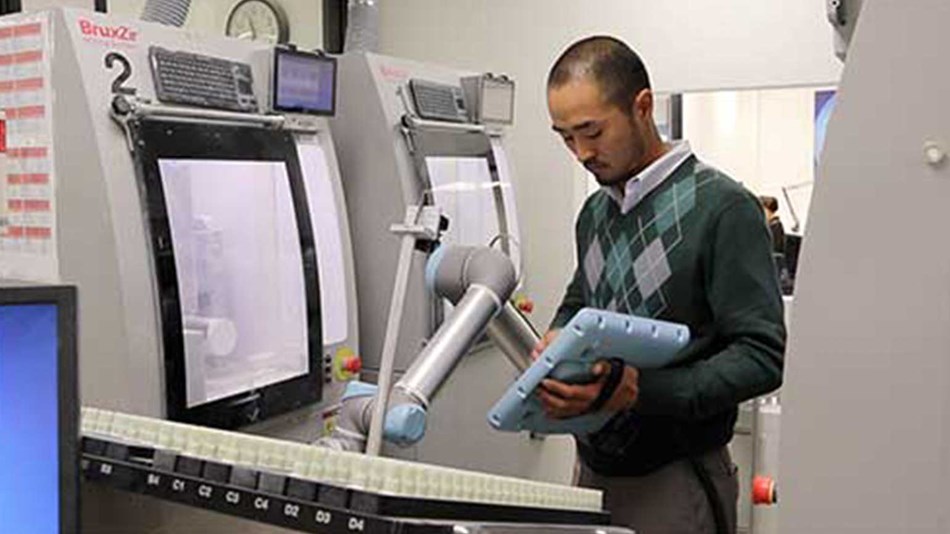 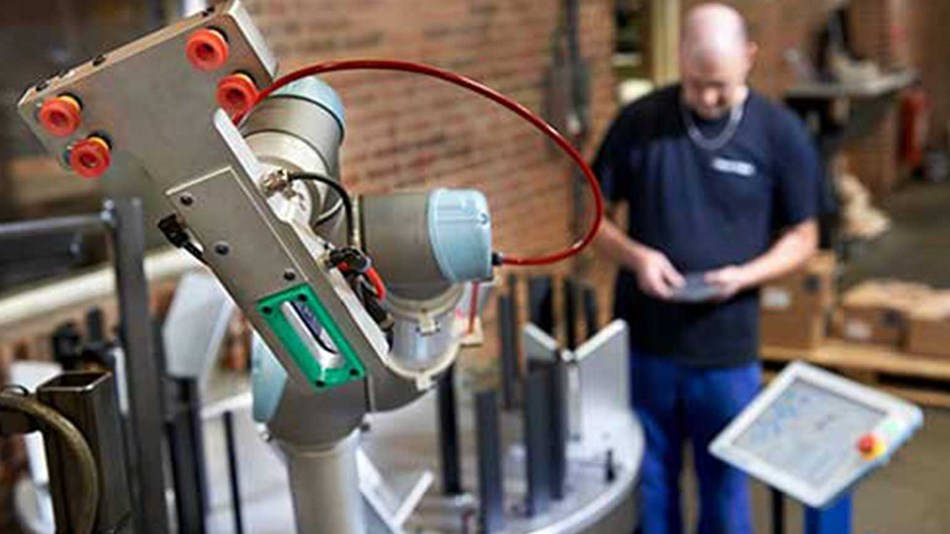 These days, the research on additional technologies for sensing humans is being conducted. For example, a capacitive sensor could be used to measure the distance between the human and robot system. These new technologies have yet to be commercialized for safety functions. Regardless of technology, safety sensing needs to meet the required functional safety and the application be verified and validated.

If the sensing technology to detect humans is successfully developed and certified as a safety-rated product, it is possible that the safety device would be integrated with the robot as a common feature.
In the future, the speed and separation monitoring operation can be deployed in the real industry upon the development of advanced safety sensors. The robot could slow the system’s speed if the human operator comes closer to the robot. If the human gets too close to the robot system, the protective stop would be triggered. The robot could move faster and the payload could be heavier because the robot system will not contact the human operator.

For more efficient operation, a dynamic safety system configurator can be used. The safety setting changes corresponding to the distance between the human and robot. Furthermore, the robot can change the path of motion planning based on human movement. Then, the robot system does not have to stop even if the human operator enters the robot moving area. 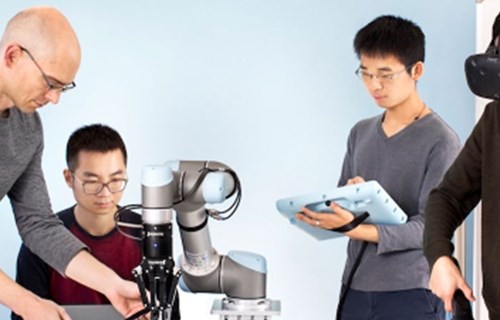 Augmented reality (AR) technology, usually incorporated into special headsets, eyewear, or projections, superimposes data or graphics over real-world images and uses sensors and cameras to capture the operator’s motions for feedback and control. Until now, AR’s primary application has been in gaming. But as technology has...