The production of seedlings requires substantial manpower. In particular, transplanting seedlings is highly dependent on skilled labor, “The forests in Japan are now approaching the period of felling trees, and when mature trees are cut down, in the near future seedlings will have to be planted in their place,” says Mikinori Matsumura, president of Osaka Nursery. “However, under the conventional production method, it is difficult to secure workers because of the decreased birthrate and aging population in Japan.”

Even if robots were introduced as a part of the process, humans would be working in proximity to the robots, so Osaka Nursery has to take safety into consideration and needed an automation solution that workers could use to working side-by-side with.

Mr. Matsumura had always been interested in automation technology, and when he had a chance to attend a demonstration by Universal Robots (UR), it led to the introduction of a UR cobot into Osaka Nursery. UR cobots are characterized by their ability to intuitively be programmed for a wide range of tasks  “I realized the flexible movement of the UR cobot could be applied to the planting of seedlings,” says Mr. Matsumura. “Being compact in size and having a high level of safety, the UR cobot was perfect for taking over tasks performed by humans. We were also drawn to the fact that the cobots can be used for various purposes just by exchanging their end-effectors.”

A UR cobot, the UR10e, was introduced in the first process of seedling production: the placement of containers on the conveyor belt. Containers that are put on the conveyor at a set rate will get soil from the automatic soil feeder. With the introduction of the UR cobot, this task that previously required two people can now be done by a single person. The company decided to mechanize this process because they figured that simple tasks that are conducted for a fixed quantity within a set period of time could be easily handled by robots.

In the beginning, there were incidents where multiple containers would stick together and be picked up by the cobot at the same time. An engineer from the UR preferred distributor, Kantum Ushikata Co., Ltd., visited the site multiple times and resolved this issue by adjusting the end-effector and adding a device that peels off containers one by one.

Prior to the introduction of the UR10e, there were concerns that workers might need time to get used to operating the cobot. However, it was actually simple to operate it through an intuitive touch panel. “The robot can be operated just like smartphones, so anyone can immediately master it. The process currently undertaken by the robot are those that would require workers to repeat the same task all day long in the past. Thanks to the introduction of the robot, the workers can engage in different tasks now,” said Mr. Matsumura.” I think we will be using more of them for a variety of other processes in the future.”

Osaka Nursery is considering a setup where robots and humans will work together by entrusting simple tasks that require the processing of a large quantity within a set period of time to robots, such as setting trays and planting seedlings, and having humans check the finer points of seedling cultivation through visual inspection.

“Trees in Japan are now heading into their utilization period, so the supply of seedlings will be essential. However, we expect that securing workers will be difficult given the rapidly decreasing birthrate and aging population. In preparation for that time, we want to establish a system in which collaborative robots will take over the manual labor, ensuring a stable supply of seedlings.”
Mikinori Matsumura President

Osaka Nursery has been producing and providing seedlings in Tokachi, Hokkaido for 70 years now. The company has been focusing on growing in greenhouses for the last  10 years. 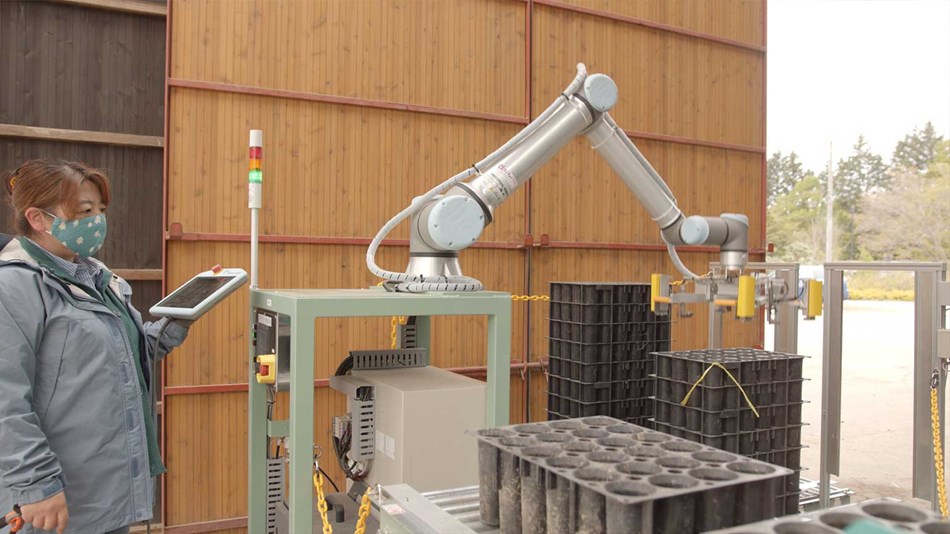 UR10e picks up a container 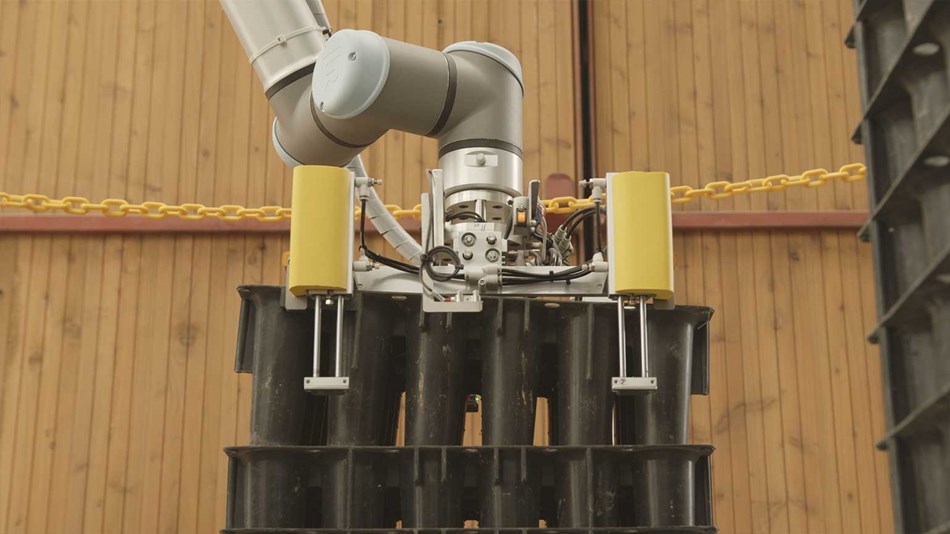 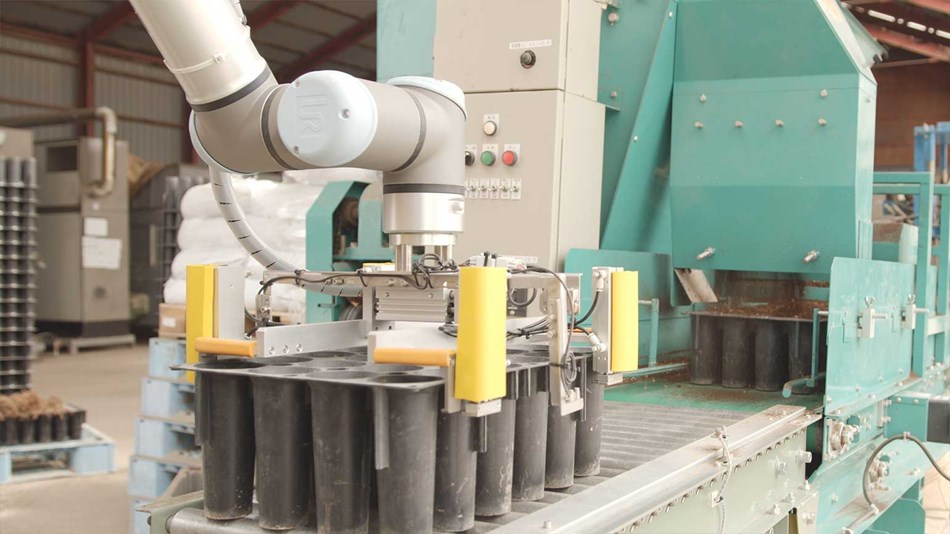 The containers are put on a conveyor 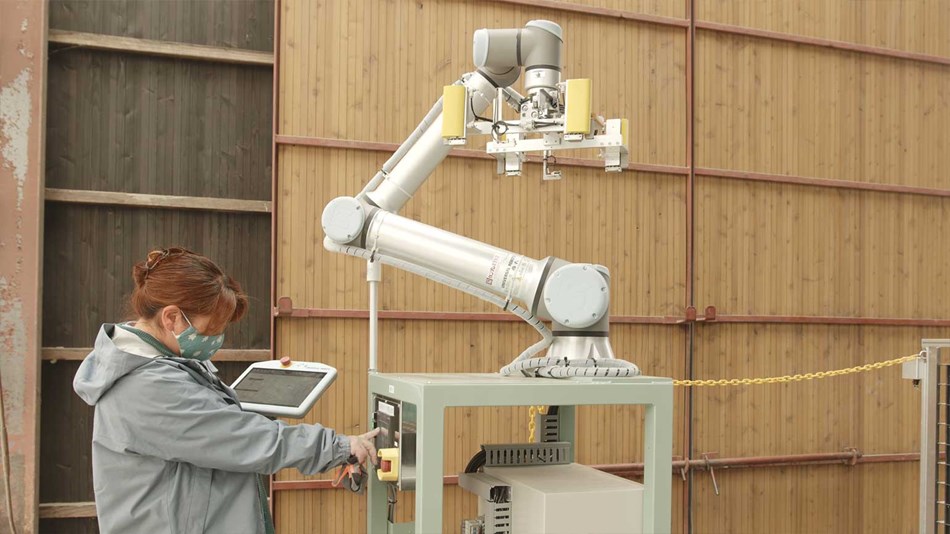 The staff can easily program the cobot