KOYO ELECTRONICS INDUSTRIES CO., LTD., a member of the JTEKT group who boasts the world’s top share in the automotive steering bearings, has installed a UR3 cobot from Universal Robots (UR) to improve productivity. For in-vehicle products that require strict quality standards, quality has improved while productivity has increased 31% due to the operational stability of the cobot.

KOYO ELECTRONICS INDUSTRIES has been consistently involved in the development, manufacturing, and sales of electronic equipment since its establishment in 1955, continuing to create products that surpass reliability and functionality standards. In the production of products that require strict quality, such as the main product of in-vehicle electronic devices, PLCs acting as the control tower for machine control, and rotary encoders, the challenge has become how to increase productivity according to increase in demand.

The first thing the company worked on was a review of the panel computer inspection process. In the pre-process, operators perform product assembly and visual inspection, and in the post-process the operators apply styluses to the touch panels to confirm the devices react as intended. Mr. Katsuhiko Nakatani, Deputy General Manager of the Production Department, explains; “Traditionally, three people were performing the series of work. As there were some bottle neck processes, we reallocated some of them which resulted in the balance between the pre-process and the post-process being lost. So, we examined the implementation of a UR cobot to improve the productivity of the post-process.”

KOYO ELECTRONICS INDUSTRIES first learned about cobots in 2017. “A proposal was made by Inaba Denki Sangyo Co., Ltd., an official distributor of Universal Robots. As the robot is lightweight and space-saving, we didn’t need to make a major layout change and considered implementation,” Says Mr. Nakatani.

The UR cobot has safety functions such as protective stops. The fact that it could be installed without a safety fence was a decisive factor in implementation.

UR3 was introduced in the touch panel quality inspection process. When the UR3 touches the touch panel with a stylus, “OK” is displayed if there is no quality error, and the green signal of a signal tower lights up. When an abnormality is detected, “NG” is displayed on the display, the red signal tower lights up, and the buzzer sounds continuously. As a result, the person in charge immediately notices the abnormality and can respond.

Fill out the form and get a call from one of our automation experts!

“As the UR3 works more accurately and reliably than humans, the result is improved work quality.”
Mr. Atsushi Fujita Chief of Production Engineering Department

“We conducted risk assessments in accordance with our company’s safety standards and worked on ensuring the safety of workers. At the beginning of implementation, we made certain adjustments such as speed reduction as the staff was afraid of moving the robot at high speeds,” says Mr. Atsushi Fujita, Chief in the Production Technology Department “As the cobot works with higher accuracy and stability than humans, the quality of the work improved as a result.”

It took approximately three months from the delivery of the robot, to the system design, setup, testing, solving various problems, and operation on the line. The hardest part was connecting the UR robot to external devices such as a PLC and a PC. “It took about two weeks of trial and error, but we finally could build our own system that does not depend on any external resources, such as SIers,” Mr. Fujita said. In addition, the part that allows the cobot to hold the jig was improved. At first, it did not work properly because the jig was heavy, but they finally managed to make the jig easier to hold through repeated fine-tuned adjustments.

As a result, the company make a jig that can be used even when there are differences in the gap of one stylus or two styluses, allowing the use of any stylus patterns required for inspection by modifying the combination of the end effector.

Ms.Yuki Oshiba, the person in charge of the inspection process, explains. “Humans tend to make mistakes when working with a touch-panel system, and we are happy to have cobots to do this work accurately and complete the task properly. Since our job was only to press the ON/OFF button, we can now do other duties while the robot is working, making the system very productive. When there is an abnormal shut-down, an alert is issued, and the person in charge of production technology will come by, so we can rest assured that no interruptions in production will happen. "

In fact, the implementation of UR robots has reduced the daily work time from an average of 10 hours to 8 hours. In addition, improved work quality has resulted in a 31% increase in productivity.

Further, as external resources were not used in the implementation of UR, investment in safety measures was minimal. Koyo Electronics was a surprised to see that investment capital could be recovered in just one year and is now considering UR cobots in other processes. “For example, in the substrate processing process, we are examining whether it can be used for sending the substrate that has completed a process to the next process, etc. By implementing the UR cobot, the number of post-inspection process personnel was reduced from two to one,” says Mr. Nakatani. “Not only has our company been able to improve productivity by allocating resources to another production process, but the experience from implementing this robot has built confidence and high hopes for future development.” 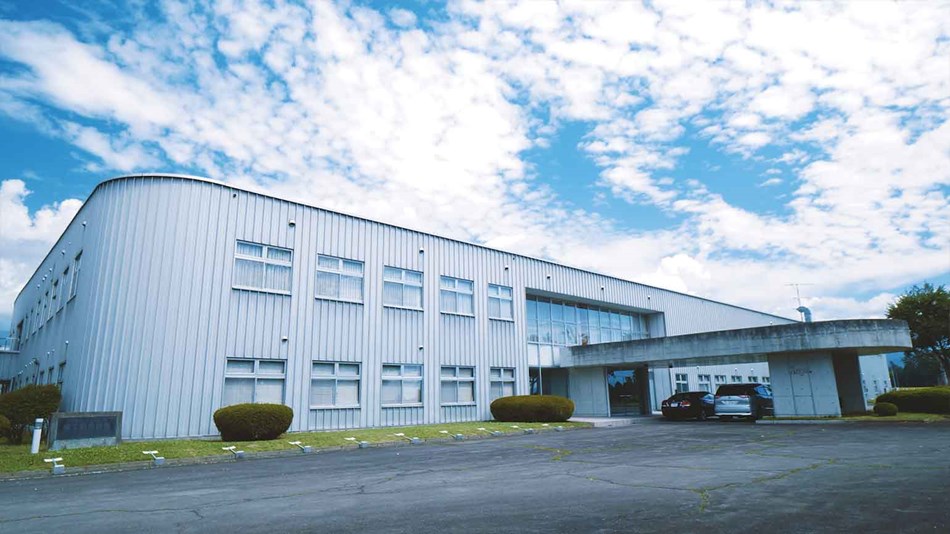 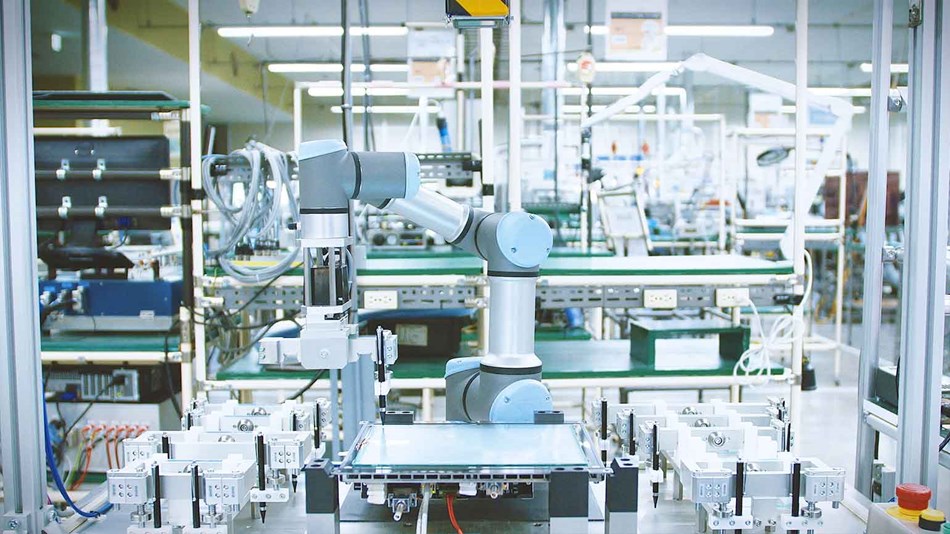 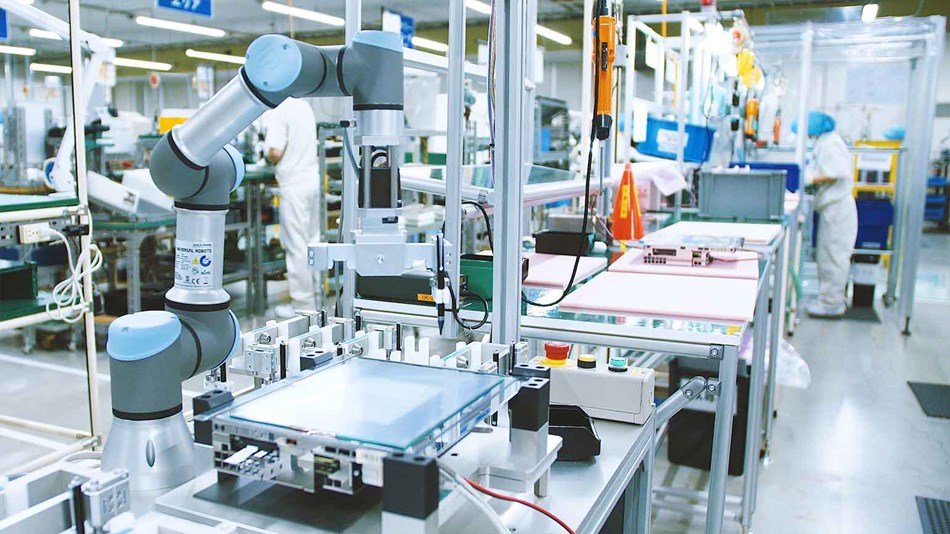 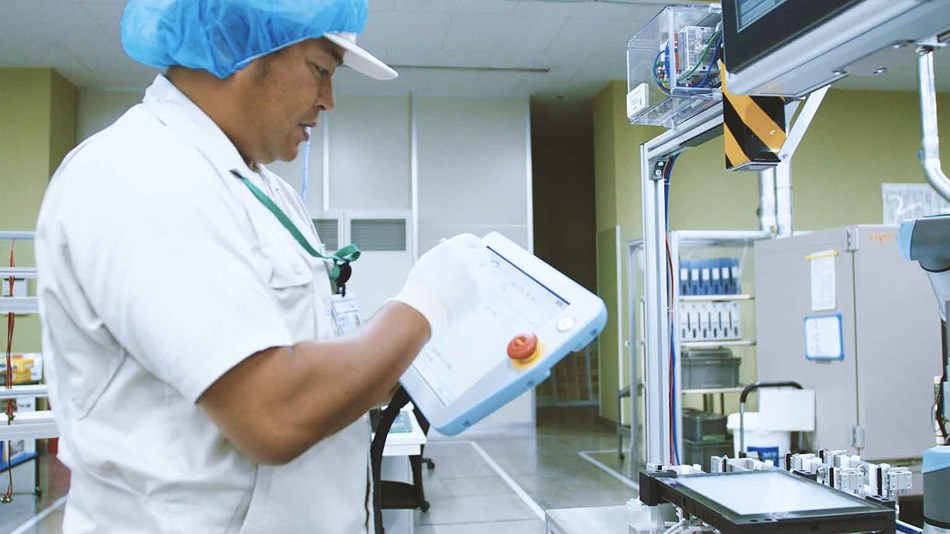 An employee programmed UR3 via the cobot’s teach pendant. He developed the application by himself, after taking free online lessons at UR academy 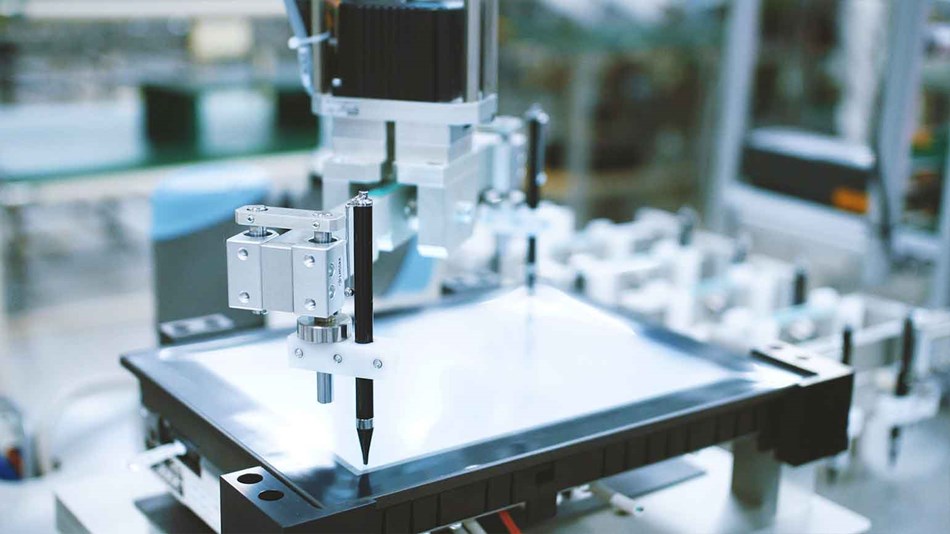 Koyo Electronics made a jig that can be used of any stylus patterns required for inspection by modifying the combination of the end effector. 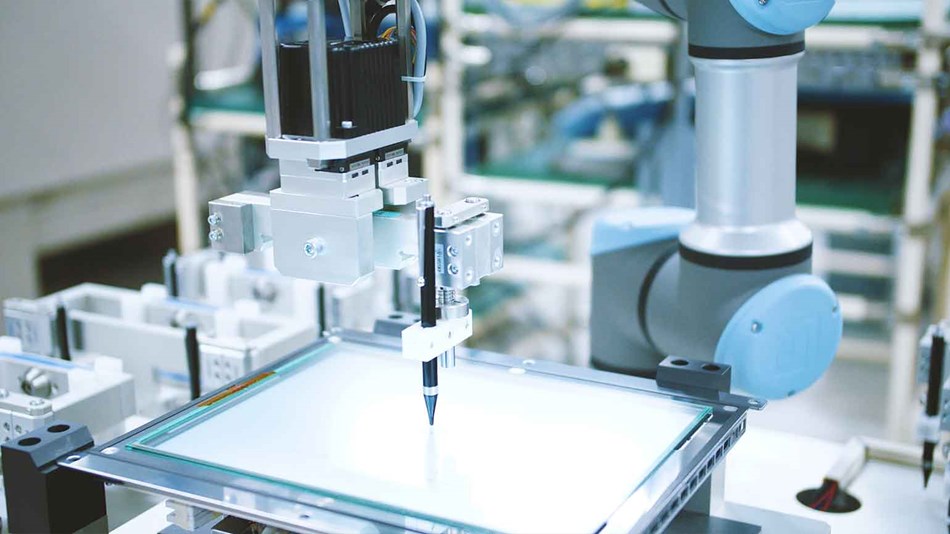 If the reaction of the touchscreen is not as desired when the UR3 touches it with the stylus, an error message is sent out via a red signal tower 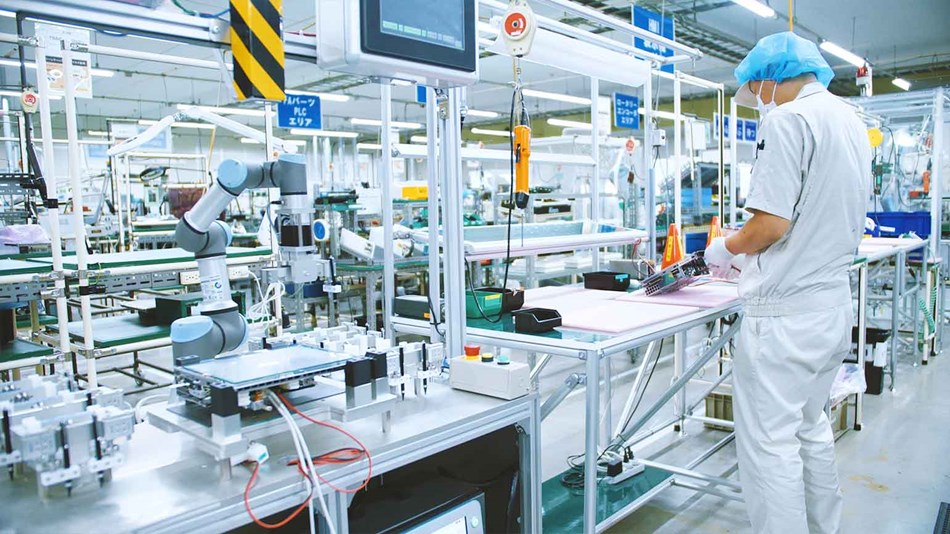 The UR cobot can work alongside employees with no safety guarding due to the built-in safety system in the cobot arm that makes them stop when encountering obstacles in their route.