UR cobot reduces machine hour costs by more than 40%

The Finnish subcontract machine tooling shop Ket-Met had lost its cost competitiveness because its traditional way of using CNC machines required too much manpower. Machine hour costs were reduced by over 40% due to Universal Robots’ cobots. The cost savings enabled the company to win new orders.

The Finnish subcontract machine tooling shop Ket-Met that was founded in the late 1960sspecializing in stainless steel machining. The company struggled with its cost competitiveness.

Ket-Met contracts small production series of up to a few hundred units at for well-known international engineering companies, such as Andritz, Sandvik, Wärtsilä and Wetend Technologies. Located in Savonlinna, near the Russian border, a significant part of the company’s customers also comes from eastern Finland.Though the company has been able to maintain a customer relationship with these customers for years, Ket-Met faced stagnating growth, prompting Ket-Met’s board to set a revenue growth target of 10% per year without having to compromise its 10% net profit target.

"Price competition in the field is quite fierce. Our goal has been to reduce our production costs in order to grow our business activities,” says Kalanen. Part of the reason for the costs has been the low degree of automation of the company’s machinery. Production automation is used only in the newest lathes. The company's machinery consists of six Mori Seiki lathes and two vertical spindle machining centres. The company also has a 3D coordinate measuring machine for quality assurance. Older machines require significantly more manpower than modern equipment. An aged lathe and milling machine require a human to move the workpiece on the machine and lift the finished piece off again. This raises production costs.

It is difficult to find new motivated workers who want to be CNC machinists in Savonlinna – and almost everywhere in Finland. This is not the favourite occupation of young people.

Savonlinna is far from major centres, like in dozens of other municipalities, the population of Savonlinna is falling as young people move to growth centres. "It is almost impossible to find new CNC machinists here, although we certainly have tried,” says Kalanen.

Ket-Met bought its first cobot (UR10) in 2016 to enhance the production of the Mori Seiki automatic lathe. The cobot proved to be a good acquisition after a two-week installation and programming period.

The cobot moves the workpieces on the lathe or milling machine, waits for their completion, cleans the fasteners and parts with compressed air and transports the finished parts to the washing basket for washing. In addition to servicing machines, cobots are used to assemble parts and grind burrs.

One cobot freed a machinist to focus on more demanding work for only about half the cost of what an employee’s annual cost is in Finland. After that, Kalanen has acquired two other cobots (UR10 and UR10e). Kalanen calculates that the repayment cost (ROI) has been approximately a year for each cobot.

Cobots are proving to be a critically important acquisition with regard to the company’s strategy.

“With cobots, we have been able to reduce the production unit labor costs by more than 40% in applicable parts. We are involved in price competition again,” Kalanen rejoices.

The company has received new orders from both new "budding" customers as well as old ones.

"I believe that with cobots, it is considerably easier for the company to achieve its growth targets. With each cobot, we can produce as much as with one new employee but at a lower cost,” says Kalanen.

The traditional industrial robot would not have been the right solution for Ket-Met. The costs would have been higher, and the robots would have required new hall facilities with safety guarding. It would have been difficult to integrate them with machines in the existing location.

"The old machines are often slow and their features so limited that human resources are wasted if tending to it. The latest UR extended the life of our 1990 Hartford milling machine a few more years,” says Kalanen.

According to company tradition, each new machine is named after the name day on the date of introduction. At Ket-Met, cobots are known by the traditional Finnish men's names of Vihtori, Eetu and Tatu.

Employees have not considered the cobots to be a threat to themselves or their jobs. "The programming and use of cobots is easy. Programming a new series takes only about two hours,” says CNC machinist Hanna Kautonen, who is responsible for the programming of cobots.

In addition to programming, the role of the human is to act as a quality controller, ensuring that all sides of the parts are of the desired shape and length. Kautonen says that cobots are reliable. Interruptions are mostly caused by wear and tear of the blades used in the machining of stainless steel. But this is not the cobots’ fault.

"Cobots have facilitated our work. We do not have to monitor the process all the time,” says Kautonen.

The great thing about the change is that it has not taken place at the expense of the workers, but rather it has supported them.

Ket-Met has not had to terminate any employees because of the cobots. Due to the cobots, employees can focus on more demanding tasks that require know-how, such as programming and making settings.

Cobots seem to be slower than industrial robots. The slower arm movements of the cobots is one factor that makes them more safe. Humans have time to observe and, if necessary, react to the actions of the machine.

"A human can certainly move a part faster than a cobot. However, it does not take coffee breaks and continues to work for several hours after we have already gone home, CNC machinist Pekka Myller says.

Ket-Met robots do not use machine vision, and Ket-Met employees consider this to be a good future development target. 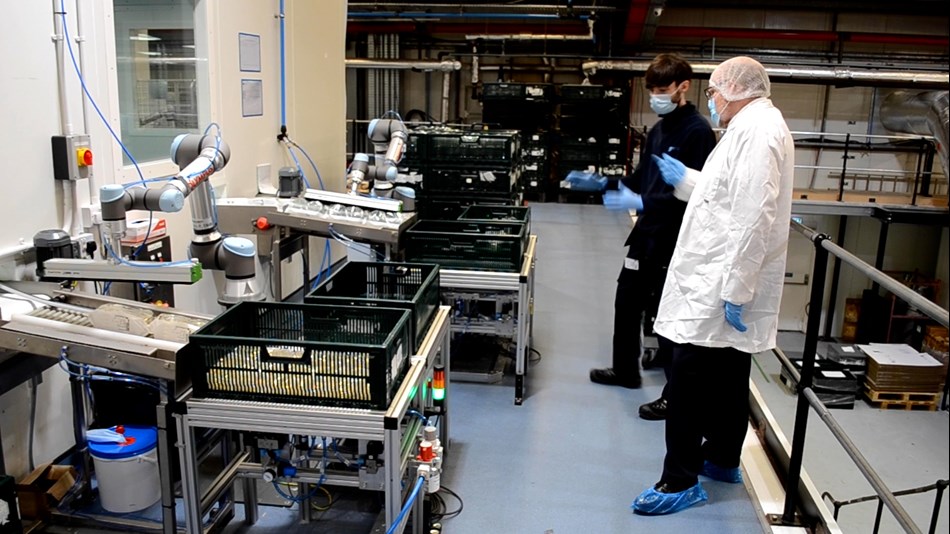 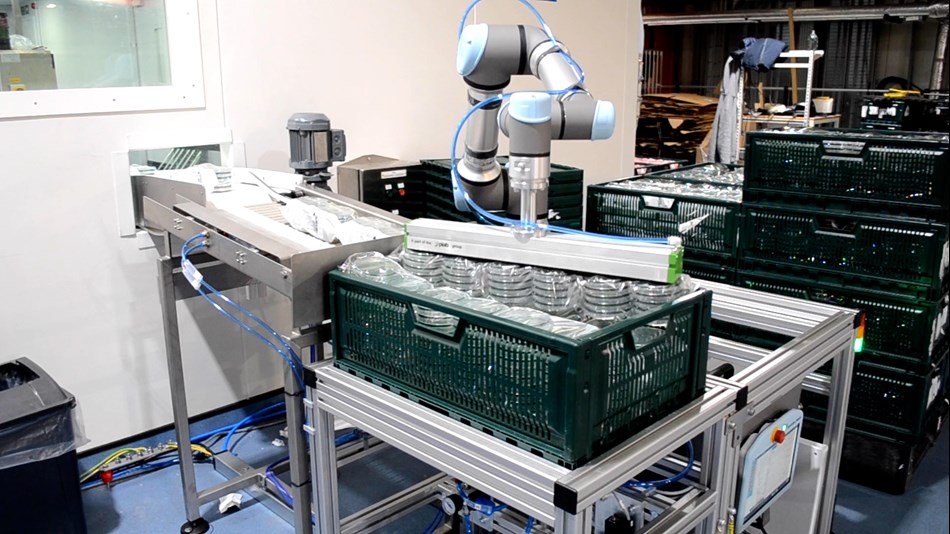 "Cobots made our job easier. We do not have to monitor the process all the time,” says CNC machinist Hanna Kautonen. 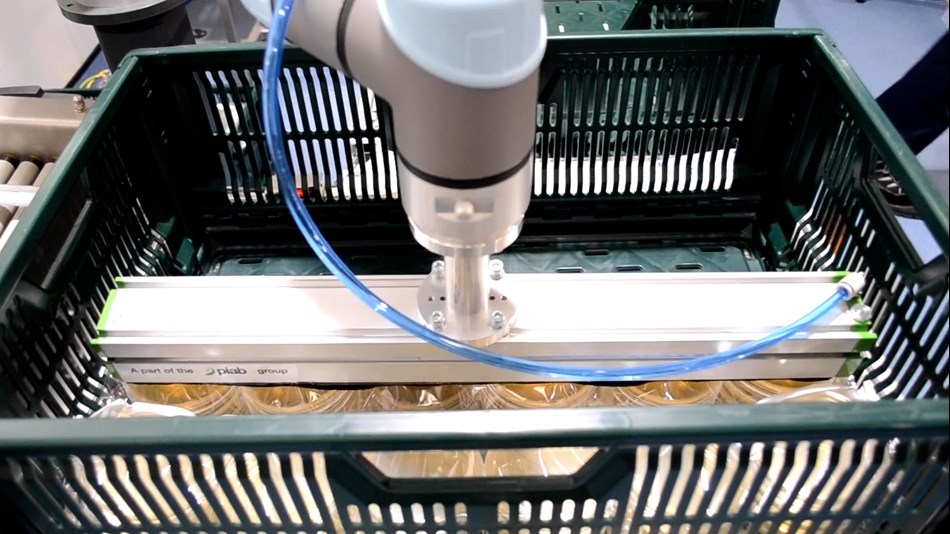