B-Loony Ltd is a UK SME manufacturer of bespoke promotional products such as food flags, bunting and balloons. By deploying six UR3 cobots to blow up balloons and handle sewing and product assembly, the company has been able to continue manufacturing in the UK, be highly responsive to customer demands, while remaining competitive and growing its market share. Through investment in cobots the British SME is now producing just under of 2 million meters of bunting annually and has stepped up its production of food flags from 250 thousand to 15 million per year.

Evolving market demands and rising labor costs meant B-Loony needed to significantly increase productivity and efficiency, in order to remain competitive in both the UK market and abroad. Strong demand and short lead times for specific products lines also left B-Loony under pressure to come up with a solution that would allow employees to be more efficient and reactive to customer demands.

As each job is highly customized with quantities ranging from as little as 250 up to 2 million products per order, flexibility and scalability was also of the utmost importance.

Seeking inspiration B-Loony’s Operations Director James Clephan visited a manufacturing exhibition where he first encountered cobots. “The minute I saw the UR3 collaborative robot in action I knew I’d found the answer,” explains Clephan. “All our products are customized and we don’t have the luxury of unlimited space in our production facility, so incorporating industrial robots, caging or safety guarding is difficult,” he says. “However, I could instantly picture how the cobots would slot seamlessly into our operations.”

Starting out with one UR3 cobot and quickly purchasing five more, B-Loony has deployed the cobots to do a range of tasks that human operators previously handled manually. These employees now work closely alongside and supervise up to four cobots at a time that carry out tasks such as blowing up balloons, sewing bunting together and assembling food-flags. The cobots can handle the most routine and repetitive elements of these tasks, freeing up staff to focus on higher value activities such as quality control.

Staff acceptance was extremely important for B-Loony and was a key factor in selecting the UR3 cobot over other alternative technologies. Universal Robots’ safety features mean the B-Loony team is very comfortable working alongside the cobots as even the slightest bump against the robot will stop the whole system instantly. As team leader Magda Okon concisely puts it, “I love working with the cobots, they’re like my third hand!”

Fill out the form and book a call with one of our automation experts!

The ease and flexibility of the cobots visibly boosted productivity at the factory, allowing B-Loony to increase output and cut the average cost of each item produced. “Despite rising inflation and labor costs, investing in robotics and automation has made us more efficient and able to compete,” states Clephan.

Another benefit of the cobots has been the ability to redeploy them at short notice when circumstances change. “For example, the product line the cobots were initially brought in for was discontinued. Yet the company was able to simply re-program the cobots and have them up and running elsewhere, future-proofing the investment,” Clephan explains.

With the help of cobot-automation, B-Loony is now producing a staggering 1,200 miles+ bunting each year, a distance equivalent of London to Casablanca. Furthermore, it has increased output of its highly popular gourmet food flags by over 5000%, from 250 thousand to 15 million per annum, significantly increasing its market share.

This increased productivity has resulted in B-Loony achieving a payback period of just nine months for its initial cobot investments. Through economies of scale it anticipates payback for future projects to be brought down further to just six months. 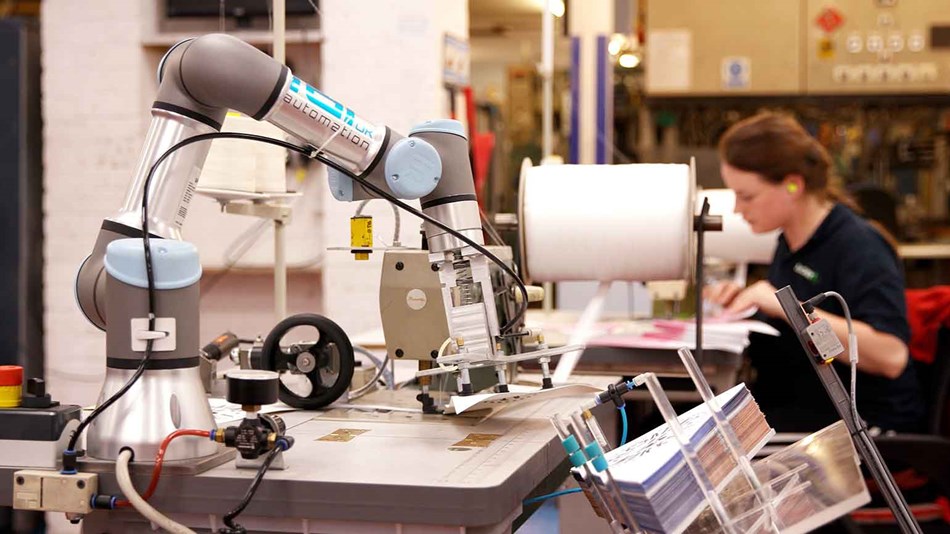 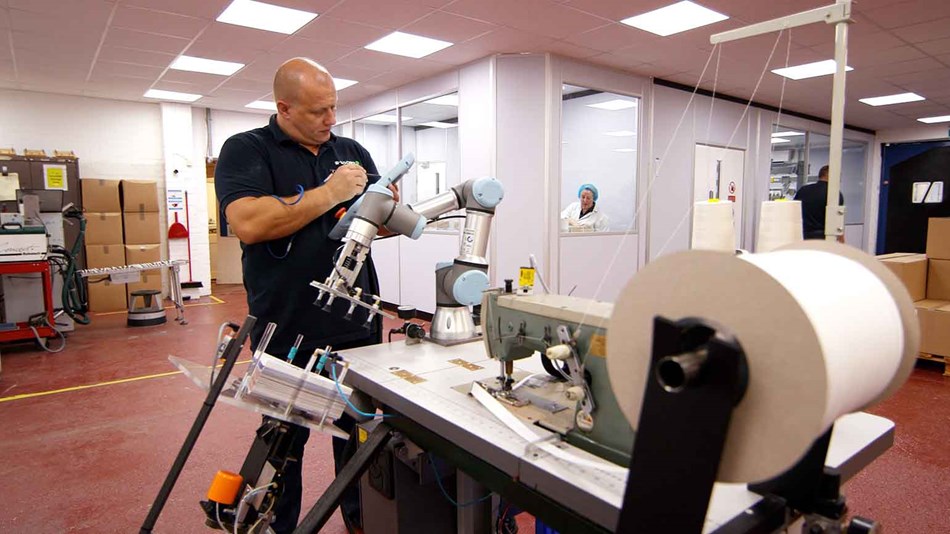 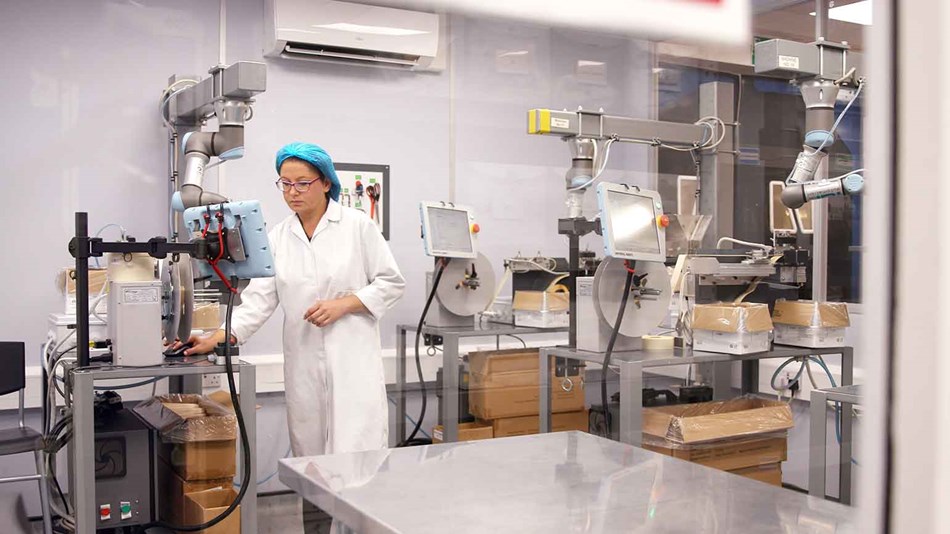 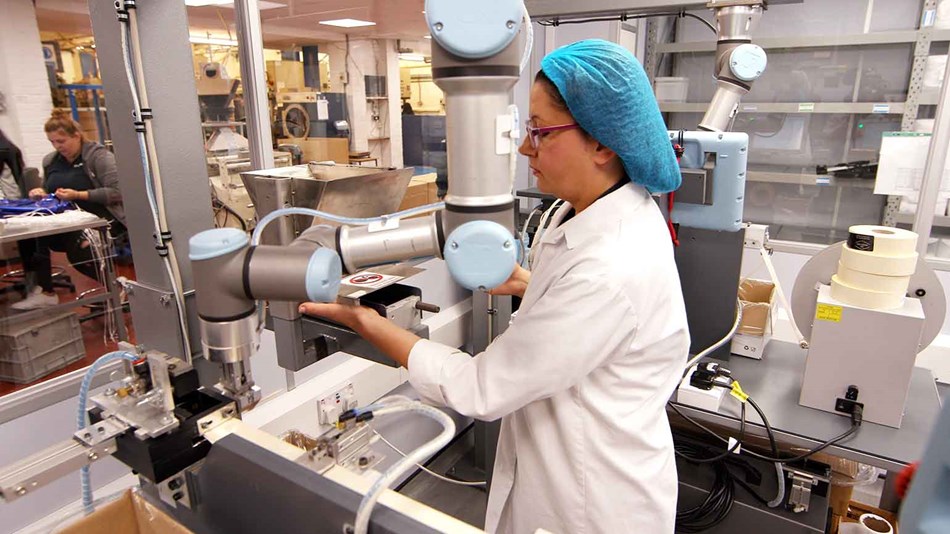 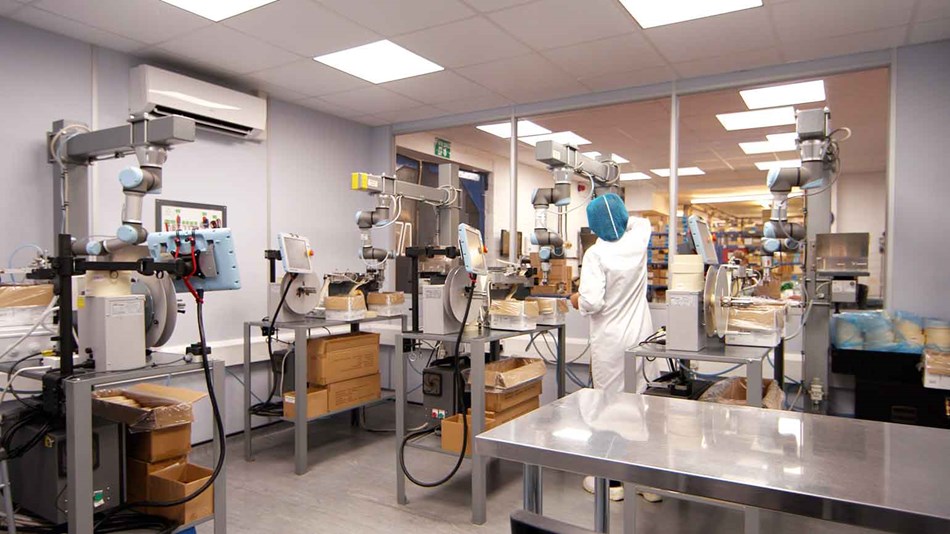 “Other UK SMEs thinking about taking the plunge with automation should absolutely take the leap. If it works for a bespoke and fast-paced operation like ourselves then I’m confident the cost and time savings for other businesses would be equally significant.”
James Clephan Operations Director, B-Looney