The Ironies of Industry 4.0 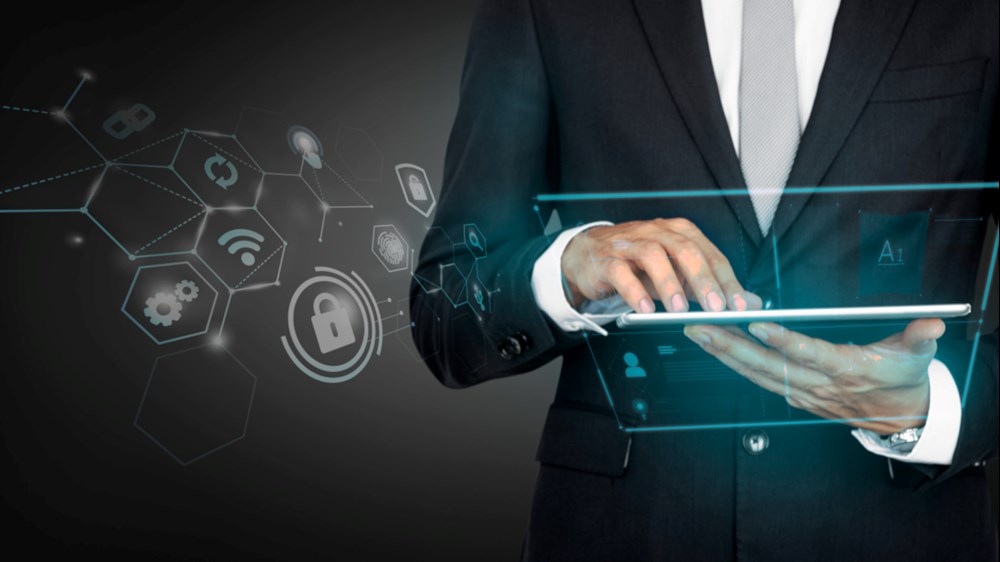 Is ultimate automation inadvertently bringing back the human touch to manufacturing?

Conceived at Siemens and formalized by Germany’s Federal Ministry of Education and Research and Federal Ministry for Economic Affairs and Energy, the notion of “Industry 4.0” continues to gain currency around the world. At its core, Industry 4.0 refers to factories that have digitized their physical technologies so plants and equipment can communicate with each other over the Internet. The specific technologies vary from industry to industry, but they frequently include networked machinery, control systems, logistics setups, robots, 3D printers, and autonomous vehicles. The point of all this interconnectivity is machine-to-machine communication that enables an unprecedented degree of automation and operational independence – hence the “smart factory” moniker often applied to Industry 4.0 environments.

In earlier times, of course, it was human beings – as opposed to animals and inanimate objects – that were “smart.” Our intelligence set us apart from and entitled us to master, the lesser world around us. Today, we apply this once exclusively human attribute to factories and the equipment inside them, as well as to mobile telephones and a whole range of devices, gadgets, and even materials that seem able to “think” in one way or another. In manufacturing, the arrival of “smart” equipment and systems is causing concern among ordinary citizens, who fear being replaced in their jobs by automated systems, and among the politicians who represent them in government. Of all the “smart” technologies that people fear, robots – those manmade mirrors of humanity itself – are seen as the most threatening. The robots, it seems, are taking over.

The fact is, from the perspective of production line workers, the robots really are taking over, as more and more companies work to create Industry 4.0 environments. If we look at the bigger picture, robots and other Industry 4.0 technologies actually create more jobs than they cost, just as each previous industrial revolution has created more jobs than it has cost. But that doesn’t help the line worker much. He will likely be replaced, and he knows it. It’s written on the wall – or rather the “smart” board. The widely cited Industry 4.0 Design Principles require that machines can communicate directly with each other and can perform tasks that human workers find unpleasant, exhausting or dangerous, and that cyber-physical system are able to make decisions on their own and perform work as autonomously as possible. There goes a lot of work that people used to do, and still do in most factories around the world.

Interestingly, accompanying the Industry 4.0 trend is another one that, at first glance, would seem to be wholly unrelated: Consumer demand for more personalized products and services. Individually configured cars. “Personal Pair” blue jeans. Watches handmade in Detroit. More and more consumers are buying products that express a human touch. Some of these might be high-end products, where consumers pay a premium for hand-craftsmanship and/or individualization. Others – like craft beers – have become so popular that, despite a higher price tag, they can hardly be categorized as high-end products anymore. And now comes the first irony of Industry 4.0: It often takes radically automated and de-personalized Industry 4.0 manufacturing environments to meet consumer demand for more personalized products. Adding the “human touch” involves fewer human workers than ever before. 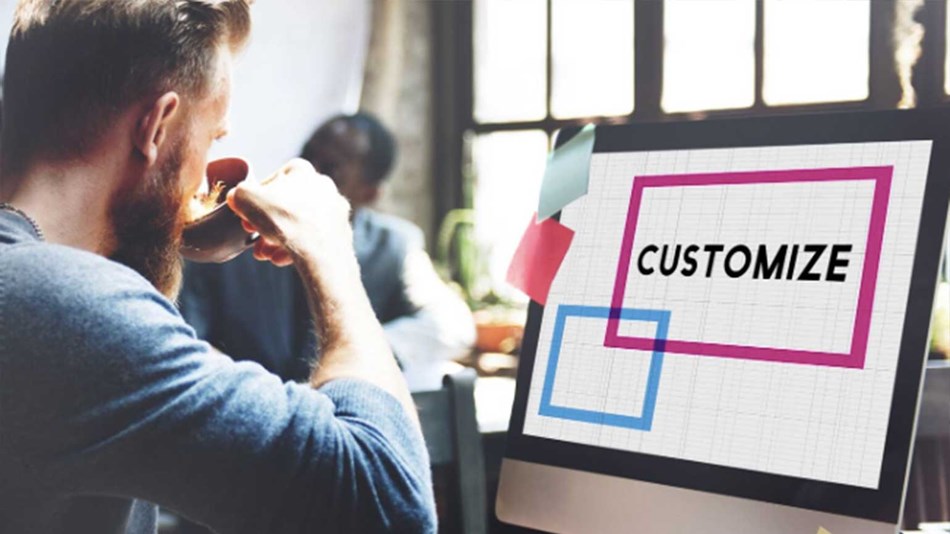 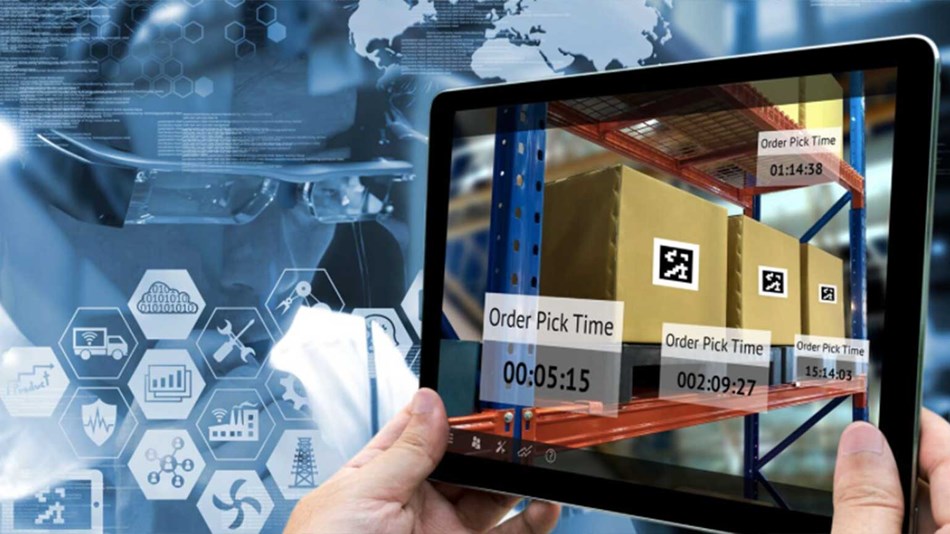 The smart factory of the future with personalized and just-in-time production lines. 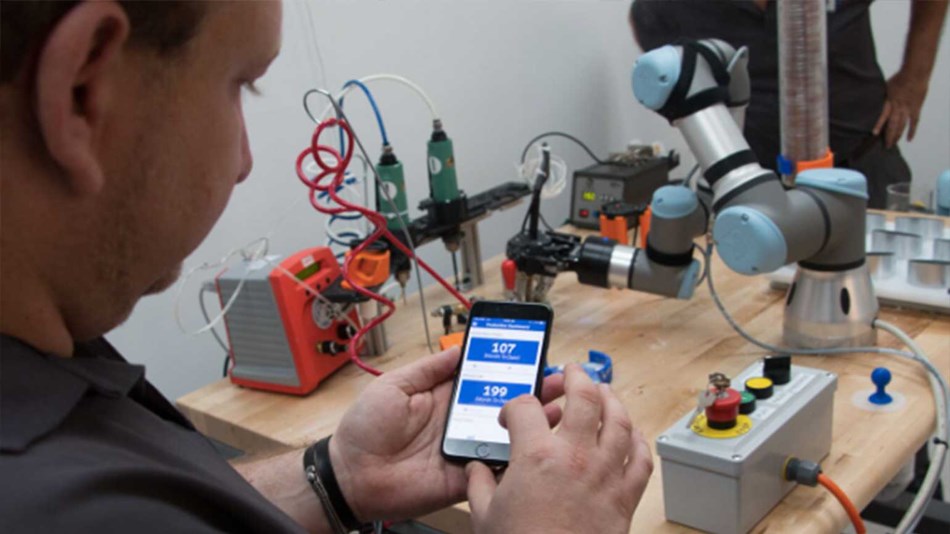 At the Miami startup, Creating Revolutions, the CEO Einar Rosenberg receives real-time data on how many units the UR3 cobot has produced directly on his phone.

Industry 4.0 setups enable manufacturers to operate with ever-smaller batches, resulting in greater product diversity and exclusivity – perceived by individual consumers as personalization. Because manufacturing systems are interlinked and linked to consumers via the internet, Industry 4.0 enables computer buyers, for example, to “build their computers” online, giving them the kind of personalized product they demand today. Even after a purchase, Industry 4.0 enables electric car manufacturers, for instance, to continue improving and upgrading their products via downloadable updates, creating a sense that the car responds to its owner’s wishes, almost like a living being.

At Universal Robots, we believe that the next phase of Industry 4.0-powered mass-personalization will – once again – involve human workers working personally on the goods they produce. Because for all their capabilities – their speed, precision, and ability to record data – industrial robots and other Industry 4.0 technologies really aren’t that “smart.” They can do what they’re told, and they can collect data while they’re doing it. But human workers – including production line workers that robots threaten to replace – can do much more. Human workers understand processes, craftsmanship, and consumer needs and wish in ways that robots never will. They can use their sense of aesthetics to judge finishing work, for example, and their creativity to think up improvements. Robots don’t have a sense of aesthetics and they don’t possess creativity. Yet these are exactly the values – human values – that today’s consumers yearn for.

This is one reason why Universal Robots has bet the farm on collaborative robotics, where “cobots” serve not as human replacements, but as tools in the hands of human workers. We believe that Industry 4.0 is setting the stage not for the replacement of factory workers with machines, but for the return of human beings as an indispensable force in global manufacturing. In other words, we think Industry 4.0 – at least as an automation platform – will eventually be its own undoing. And that is the second and greatest irony of Industry 4.0.

Want to find out more about cobots and Industry 4.0? Download the whitepaper here 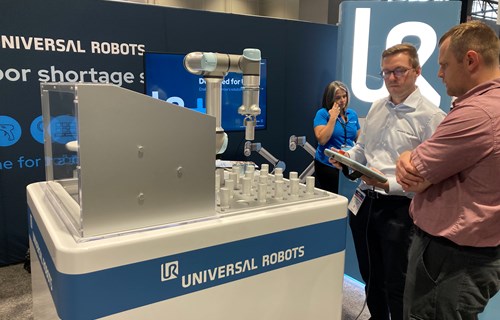 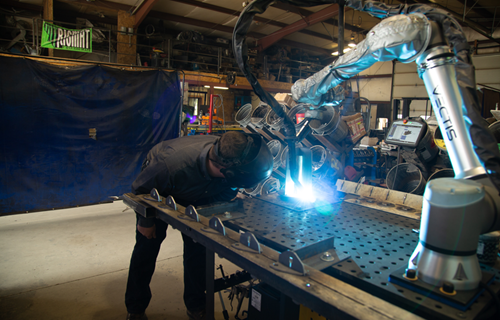 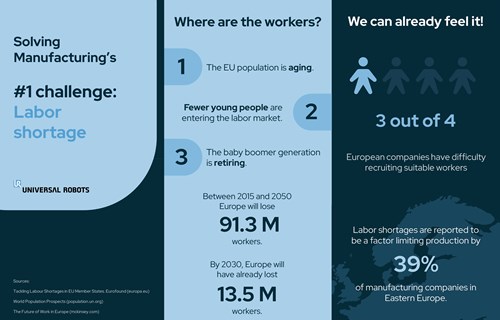