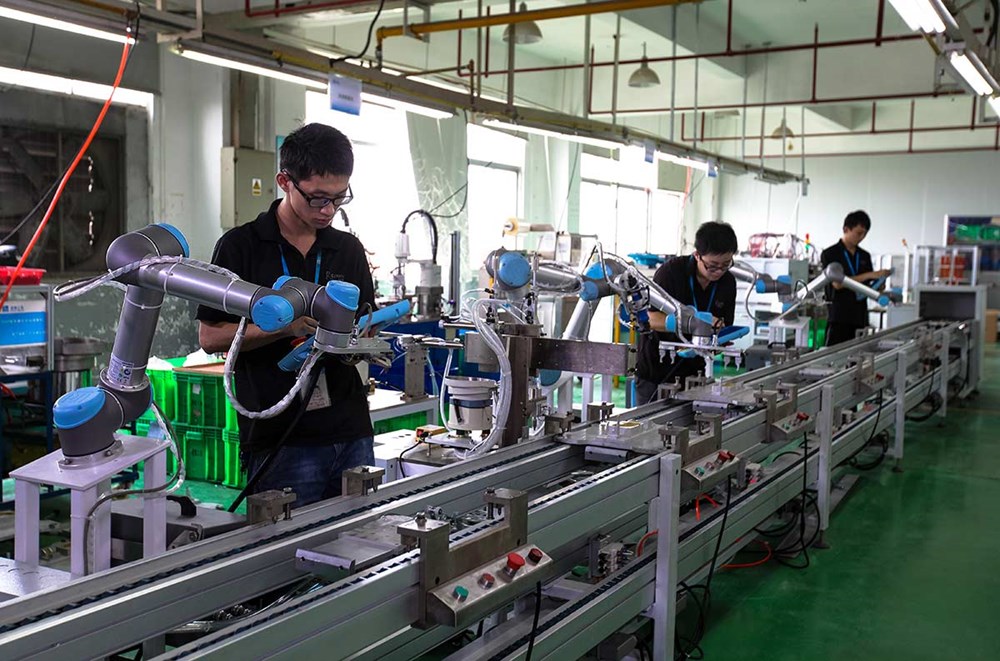 It’s a safe bet that the Factory of 2035 will look vastly different than the factory of today, but probably not the way one would expect. Ever since the first Industrial Revolution when mechanization, water, and steam power started to automate work previously carried out manually, more work has been taken on by machines. Each technological advancement – from computers and robotics to the Internet – has brought about additional automation. Now, an increasing number of manufacturers are moving to “lights out factory” setups that can produce goods people demand quickly, with consistently high quality, at unprecedented low cost, and with little human intervention.

Ironically, at the very moment when the ‘lights out factory’ has started to gain traction in actual manufacturing setups, a quite different global consumer trend has emerged. From craft beers to handmade and sometimes completely personalized luxury goods, products that feature the unambiguous imprint of human involvement are in demand like never before.

I think of this trend as ‘the return of the human touch,’ and I believe that demand for it is driven by the fundamental human need to connect with others. Not with simulations of others in the form of robots, artificial intelligence, and so on but actual human beings, with human bodies, human experiences, human frailties, and human stories to tell. This is something that technology cannot replace because technical artifacts are simply not human.

This trend is why we at Universal Robots believe the Factory of 2035 will feature workers collaborating with robots performing tasks more in line with their human talents and capabilities.

Despite peoples’ fear that technology – specifically robots – replaces humans, history shows that technological advances – including those that give rise to industrial revolutions – are actually net job creators. There is, however, a certain displacement involved. Automation does make certain tasks redundant – and thus likely to disappear – but it also creates new tasks. The new jobs that society creates in the wake of disruptive technological advances are created in different fields. 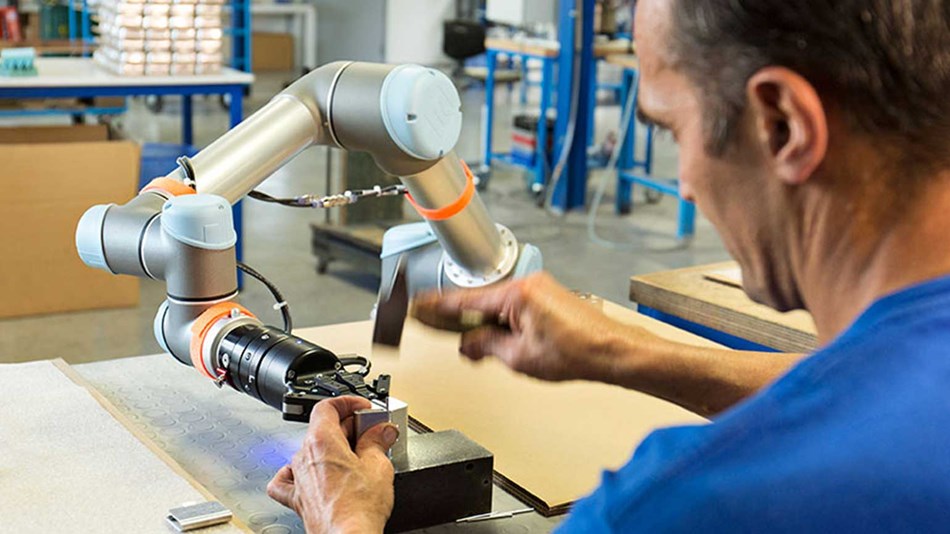 Manufacturer of dental equipment, Nichrominox, in Lyon, France, is delighted with the results achieved with its Universal Robots. In addition to lessening the drudgery of monotonous tasks and reducing risk for employees, the cobots have had an immediate impact on the company, delivering a 10% instant gain in productivity.

Universal Robots believes mass demand for the human touch, or what is often described as “mass personalization,” will never be met by large-scale lights-out manufacturing nor by traditional craftspeople working in their own small shops. Society seems to be demanding both the quality, sophistication, and low cost associated with mass production and the human touch you get from something handcrafted.

We refer to the re-introduction of humanity to manufacturing, especially as it relates to the use of our collaborative robots, or cobots, as ‘Industry 5.0.’ Setups of ‘Industry 5.0’ will make products with a high value add – where the added value constitutes human touch. Workers who will be needed in Industry 5.0 factories are workers who have particular value to add to the product in question. They must have expertise in an area that is required to give the product the degree of human touch the market demands.

What will not be needed, he noted, are workers who spend their days performing boring, repetitive tasks or dangerous work. Robots and other machinery can and will do this work better.

In 2035, lights-out factories will be a vital part of product manufacturing. The world needs millions of products that do not require any human touch in order to be valuable. But there will also be many more Industry 5.0 factories in 2035, and these factories will employ workers, with uniquely human skills.

These jobs will not ensure that people everywhere love their jobs – they won’t lead to any utopia. But I believe that these job and associated employment trends will help to humanize labor and make the world a better place in which to work.