TAKING HUMAN-ROBOT-COLLABORATION TO A NEW LEVEL

Too dirty, too dusty, too dull? Too hot or too cold? Not for cobots! They can work tirelessly in almost any work environment from production halls and canteen kitchens to clean rooms, freeing up their human colleagues from monotonous, ergonomically disadvantageous tasks. Scientists at Technische Universität Bergakademie Freiberg (Freiberg University of Mining and Technology) in Germany are currently working on two exciting projects to find new ways of how cobots can make the lives of their human colleagues easier: One is testing how cobots can learn from humans only by watching them performing a task. The second one is exploring in which ways robots can serve in the dangerous work environment of underground mining.

THE ROBOT THAT PLAYS WITH LEGO: WHY THE UR5 ROBOT BUILDS A TOY ROCKET AT TU FREIBERG

David Vogt, robot researcher at TU Freiberg and father of two boys, was playing Legos with his kids when the question came to his mind: Can you teach a robot to play Lego? He was curious to find out and started testing, with the university-owned UR5 robot serving as a playmate. The UR5 cobot is equipped with a 3-Finger Gripper and twelve cameras. The scientists on the other hand wear special sensors on their arms and hands so that the UR5 can monitor all of their movements and learn exactly like a child: Simply by watching.

Vogt wanted the UR5 to build the same Lego rocket he made with his son, which requires a high level of dexterity. No problem for the UR5: After the robot had watched Vogt building the Lego rocket just one time, he was already able to rebuild it. Besides, the cobot doesn’t just put Lego block on Lego block – he also tries to analyze what his human colleagues are doing and how he can help them in the best way. For example; when the robot arm sees that the scientist wants to add the next building block, he hands him the suitable one. Vogt and his colleagues are very happy with their success - so far, this is one of the few robots worldwide that have learned only by watching humans. Developing this technology further means that eventually, cobots don’t have to be programmed before starting a new job but can simply learn by seeing – which will make their use, e.g. in industrial production, much easier and cheaper in the future.

Human-robot collaboration. Learning the collaborative robot to jointly assemble a leg rocket with a human user.

There is no playing around with Legos for Julius, another robot system working in Freiberg. His job is a much tougher one: The team of the Mining-ROX project at TU Freiberg, Europe’s only university with a research and teaching mine, is exploring how autonomous robots like Julius can help remove dangerous tasks from human workers in mining and also aid in rescue scenarios.

Mining has always been a very risky job and working underground is difficult: The atmosphere is hot, humid and lacks oxygen. Permanent dangers like tunnel collapse or explosions are a real threat to workers – and it will only get worse in the future: As surface level minerals are used up, mines continue to get deeper with the deepest mines going over 2 miles underground. Conditions almost unbearable for humans, but no problem for robots like Julius. Named after the German Mathematician and Engineer Julius Weisbach, the robot is one of the two robotic research platforms of the project. It consists of a UR5 robot arm with a Robotiq 3-Finger Gripper, based on an Innok Robotics vehicle.

One of Julius’s roles so far is to act as an assistant during my surveying tasks. The robot accompanies a human surveyor, carrying the heavy equipment and collecting sensory data with handheld measurement devices that have been designed for use by humans. Another scenario, where the robot would be teleoperated, is the exploration of mine areas that are unsafe for humans, for example in disaster cases or abandoned mines. To be able to do that, the robot has to establish a data communication link to the base station by placing WiFi relay stations throughout the mine. Looking ahead, Prof. Bernhard Jung from TU Freiberg says: “The deep mines of the future will be very hot places and ventilation and cooling systems will be economically prohibitive. In fact, a long-term vision in the mining research community is the fully automated "man-less mine".”

Those are just two great examples for the huge potential of robotic assistance systems and we are curious to see what scientists will come up with next. Colleague robot, please assist!

If you are intereste in getting started with our collaborative robots, feel free to download our free e-book "Get started with cobots" here 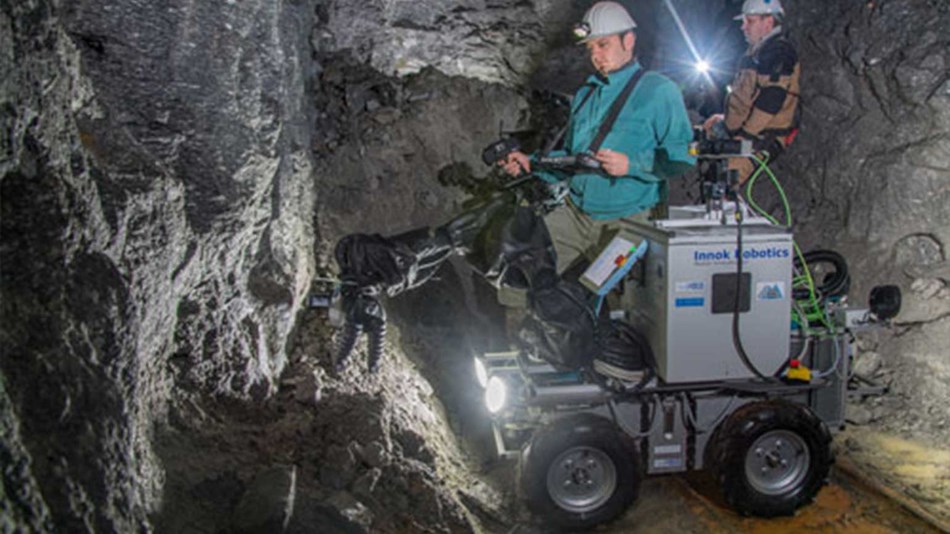 Mounted on a mobile robot, the UR5 is wearing a black sleeve to protect against dust and debris. Photo courtesy of David Vogt, TU Freiberg. 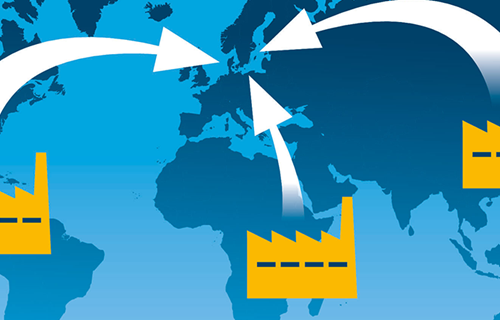 The Danish industrial world can move a great deal of production to Denmark from abroad, and do it profitably, by utilizing robots. It requires that the Danish workforce is trained to recognize and use the full capabilities of modern automation technology. Too few employees have the skills and experience to accelerate this...