ROBOTS & EMPLOYMENT: OPPORTUNITIES ARE BRIGHT FOR WORKERS AND THEIR COBOT COLLEAGUES

We recently wrote about the fascinating impact robotics is having on manufacturers’ reshoring initiatives, but there’s more to the employment and robotics story. In fact, automation is proving to have a substantial—and positive—impact on manufacturing employment around the world, and studies continue to bear out these conclusions.

In a recent manufacturing survey from The Boston Consulting Group, 56% of respondents stated that lower automation costs have improved the competitiveness of U.S.-made products compared with similar goods sourced from low-cost countries. And even while investing in automation, the surveyed manufacturers expected that their employment would increase by at least 5% over the next five years, and more than a quarter predicted a job increase of at least 10%.

The Association for Advancing Automation (A3) published a report, “Robots Fuel the Next Wave of U.S. Productivity and Job Growth, that discusses this issue. The following graph from the report shows rising U.S. employment over a 20-year period of record robot shipments, indicating that the use of robots parallels overall improvements in employment.

And it’s not only true in the U.S

An analysis of the impact of robotic systems on employment in the European Union (prepared for the European Commission DG Communications Networks, Content & Technology by Fraunhofer ISI) produced similar results. A key finding of the report stated that “European manufacturing companies do not generally substitute human workforce capital by capital investments in robot technology. On the contrary, it seems that the robots’ positive effects on productivity and total sales are leverage to stimulate employment growth.” The report also stated that companies that deploy industrials robots are less likely to offshore production work outside of Europe.

But robots can also help manufacturers with a more immediate concern.

According to a recent skills gap report by Deloitte, the next decade will see 3.4 million jobs with only 1. 4 million qualified workers to fill them. Robots are ideally suited for many of these positions, and today’s collaborative robots (“cobots”) can work side-by-side with human workers—robots take over mundane, repetitive, and dangerous jobs while human workers move into higher-value positions.

This is exactly the approach of Universal Robots’ customer Task Force Tips, an Indiana-based manufacturer of firefighting equipment nozzles. “At TFT, we try to hire good heads, good hands, and good hearts,” said President Stewart McMillan. “We want those to be put to work in the most productive way. For someone to stand to deburr a part for hours on end is not the best use of their brain or their hands. When you set people loose so they have a way to reduce the amount of mundane labor in their daily job, they find those ways… The [UR] robots become a kind of a partner to the person, going around and helping them with the drudgery.” 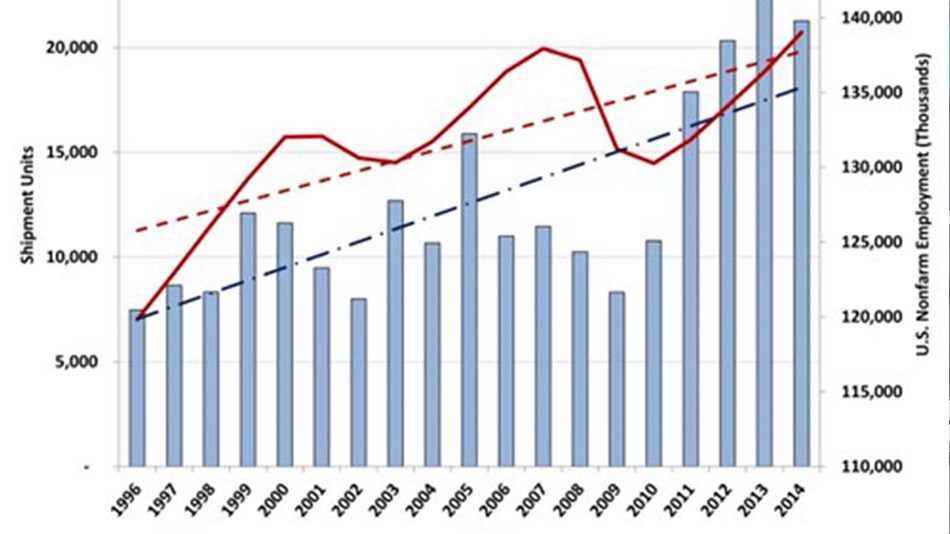 Dynamic Group, a Minnesota-based contract manufacturer, reached a similar conclusion.  “We needed to make better use of the labor we had on hand,” said CEO Joe McGillivray, who is training employees to operate, install, and program UR robots. “Instead of using our employees as labor, we needed to use their brains. That’s what Universal Robots has helped us be able to do. We lowered our labor content per part, and gave people better jobs,”

The biggest threat to jobs today is companies’ inability to remain competitive, and automation offers companies competitive advantages through higher and more consistent product quality, greater output, and lower overall costs. As automation improves competitiveness, companies are able to grow their own businesses and support other jobs in the community, including suppliers, stores, hospitals, schools, and other services that support local workers. And as these companies position themselves for higher volume—and in some cases, new product lines—they are able to expand their workforce and promote workers from repetitive and potentially dangerous jobs into positions with higher job satisfaction and compensation. 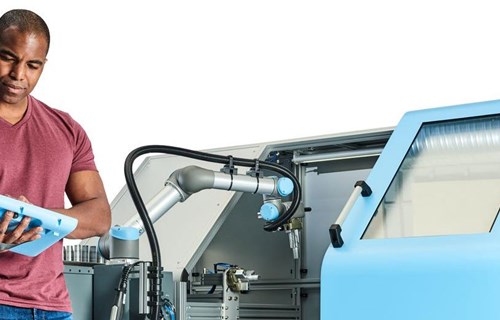