In the manufacturing industry, we find that outfits looking to make a robotic purchase often have some misconceptions about the technology they want to implement. For example, robotics used by large auto manufacturers is very different from the robotic tending machines used in other factories, and aside from appearance, it’s not widely known by business executives and purchasing agents what those differences entail. There are significant contrasts in capacity, safety, and programming that are important for anyone looking to make an automation upgrade to fully understand.

The simplest way to understand how cobots and industrial robots differ is that cobots are designed to work alongside human employees, while industrial robots do work in place of those employees. A cobot can assist employees with work that may be too dangerous, strenuous, or tedious for them to accomplish on their own, creating a safer, more efficient workplace without eliminating factory jobs involved in the actual fabrication of a product. By contrast, industrial robots are used to automate the manufacturing process almost entirely without human help on the manufacturing floor. This, in turn, frees up employees for more meaningful tasks that are less mundane and are less prone to repetitive motion injuries.

Cobots are also more easily programmable than industrial robots because they are capable of “learning” on the job. A factory worker can re-program a cobot simply by moving the arm along the desired track. From there, the cobot will “remember” the new movement and be able to repeat it on its own. Industrial robots cannot be so easily reprogrammed, and require an engineer to write new code for any changes in the process to be implemented.

However, due to their size and need for working in close proximity to humans, cobots are not designed for heavy manufacturing. Industrial robots can handle heavier, larger materials like those used in auto manufacturing, and also require safety cages to keep humans out of the workspace, while cobots are safe enough to function around people and don’t require the same kinds of safety infrastructure industrial robots do.

Robots have a lot going for them in terms of reducing safety risks to employees, improving efficiency, and cutting overhead costs, but unfortunately, we frequently encounter misunderstandings about how best to incorporate robotic solutions. For example, purchasers occasionally expect their cobots to replace low-skilled factory workers entirely, or take on heavy manufacturing work better suited for an industrial robot. As previously explained, cobots are specifically designed to work in conjunction with human workers and perform best as a minimally disruptive solution to safety concerns and efficiency inhibitors. Don’t forget that industrial robots still have their place in manufacturing, and cobots should not be considered a lower-cost short cut towards fully automating the workplace when they have so much greater potential to revolutionize manufacturing when implemented correctly. 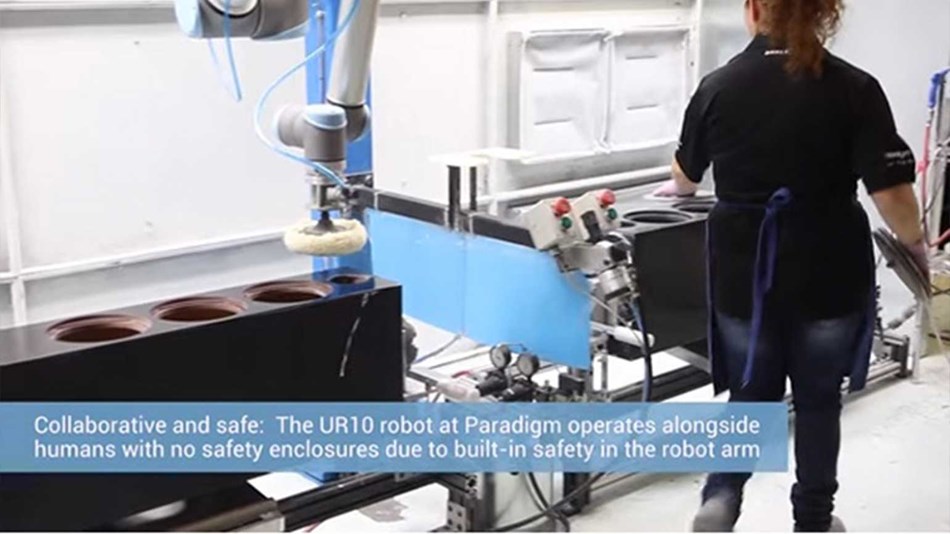 At Paradigm Electronics in Toronto, Canada, a UR robot polishes loudspeaker cabinets in tandem with an employee. 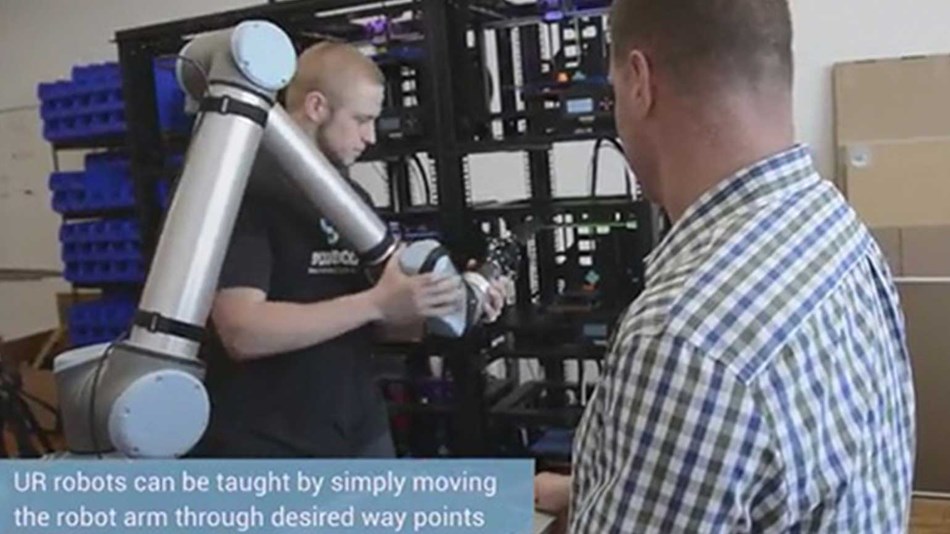 Getting the UR10 cobot up and running at Voodoo Manufacturing in Brooklyn, New York, took just a few hours.

Another area where we see some confusion is in regards to customization options and costs. Cobots and industrial robots can both be customized, but due to their size and differences in capacity and application, one should not expect the cost or engineering required for both machines to be analogous. Some cobot brands have customizable pre-engineered designs that reduce the cost and time necessary for tailoring your automated solution to your application, however, some operations will inevitably benefit more from greater levels of customization. Industrial robots are also available in both custom and standard models depending on the application, and these larger and more complex robots have a proportionate cost associated with them as well. Cost and the necessary engineering involved is entirely dependent on the needs of the customer, and being open to a wide array of solutions is the best approach to robotics. 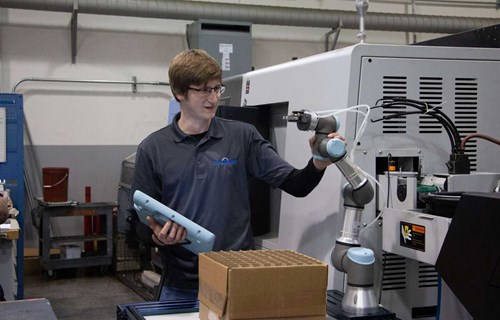 How to Choose Between Collaborative and Traditional Industrial Robots

As you research automation options, it’s hard to ignore the cobot buzz. Since collaborative robots entered the scene a decade ago, they’ve made automation accessible and affordable for many organizations for whom traditional robotics were out of reach. Collaborative robots were designed to be lightweight and easy to use.