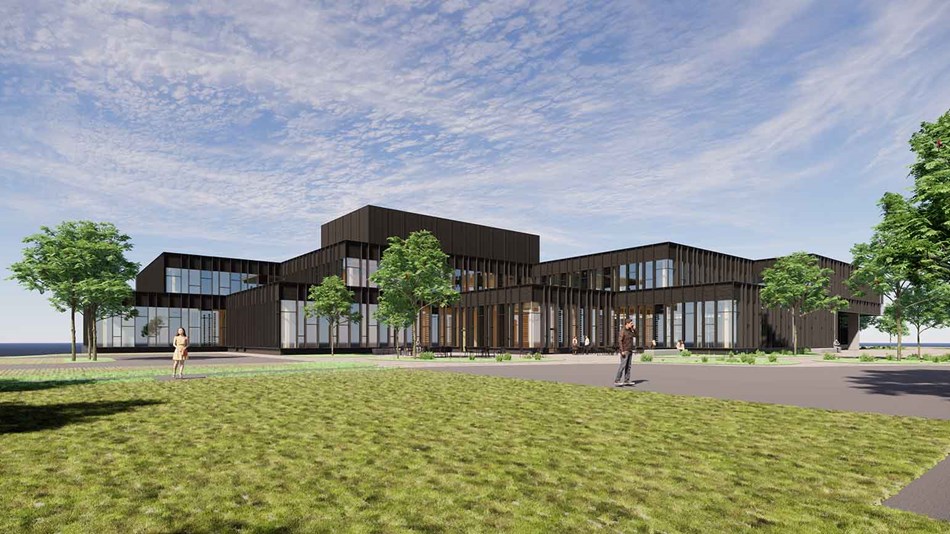 In a few weeks, construction will begin on state-of-the-art joint headquarters for Universal Robots and Mobile Industrial Robots (MiR) in Odense, Denmark. The building will accommodate up to 600 employees and will be the world’s largest cobot and autonomous mobile robot (AMR) Hub. Groundbreaking will take place on 20 April with completion expected at the start of 2024.

The background for building a new joint headquarters is the explosive growth of both MiR and Universal Robots. In 2021, both companies grew by more than 40 percent, and ambitions are high. Between them, Universal Robots and MiR expect to hire more than 200 new employees in 2022 alone, driving the need for larger premises.

The perfect setting for innovation

However, the new headquarters is not just about the need for more space, explains Kim Povlsen, President of Universal Robots. ”It is not just about extra square meters. This is also about creating the optimum setting for our employees. We continuously work to innovate and move the limits of what is possible for cobots and automation, and with the new headquarters we will create a unique and inspiring work environment, where we will also benefit from increased cooperation with MiR and superb synergy between us. The building is designed with focus on the well-being of our employees and on increasing opportunities for informal collaboration during the working day.”

The new building will be constructed using natural building materials to reflect and integrate into the surroundings.

Odense is a robot capital

President of MiR, Søren E. Nielsen is also looking forward to moving into the new Cobot & AMR Hub, which he sees as a huge gain, not only to MiR and Universal Robots, but also to Odense as a robot city. ”The market for both autonomous mobile robots and cobots continues to grow, and we are looking forward to being able to present our current and future employees with an attractive and inspiring setting for their work. Odense has a strong pool of talent and has succeeded in positioning itself in the world as a leading-edge robot city. We are excited therefore that, together with Universal Robots, we can make a long-term investment in the exceptional robot environment on [the island of] Funen, which we have helped to establish. The building will be a visible testimony that Odense is a robot capital.”