Eight years ago, Universal Robots sold the world’s first collaborative robot or cobot as they are nicknamed - long before the term for this emerging robot class was widely used. Fast forward to 2016 and the market for cobots has an annual 50% growth and is now the fastest growing segment of industrial robotics, forecast to hit $3B in global revenue in as early as 2020.

Universal Robots has published a infographic illustrating the rapid rise of collaborative robots – or cobots. In 2008 the Danish robot manufacturer sold the first industrial robot able to operate safely alongside employees. The company remains the market leader with more cobots sold than all other competitors combined.

When Linatex, a Danish supplier of technical plastics and rubber for industrial applications, bought a new UR5 robot to automate CNC machine tending in December 2008, they did something unthinkable; instead of installing the robot behind safety caging, fenced off from people as was the norm for all industrial robots, they deployed it right alongside their employees. Instead of bringing in external programmers mastering complex scripting, Linatex was able to program the robot on their own through a touch screen with no prior programming experience. 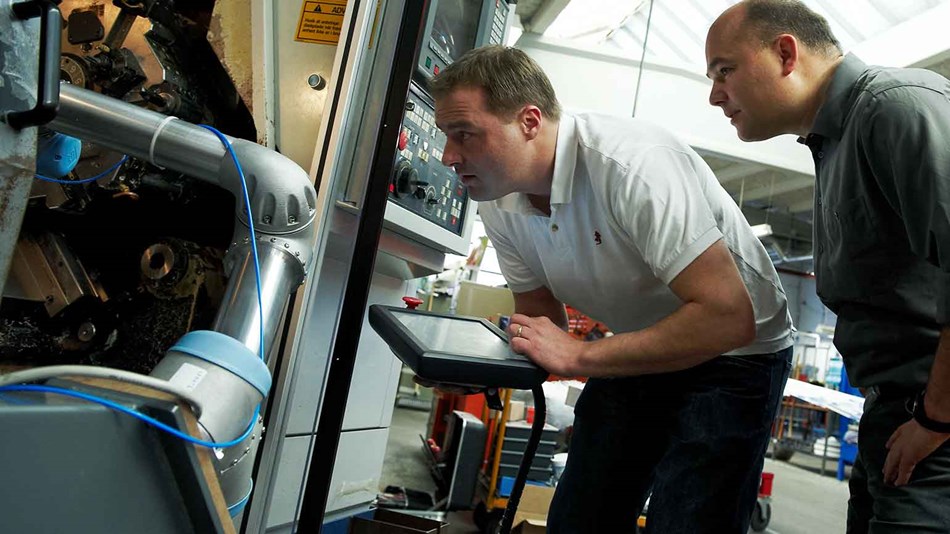 The world’s first cobot was installed in December 2008 at Linatex, a Danish supplier of plastics and rubber for industrial applications. The company still uses UR robots, benefitting from the longevity of the product; their original UR5 model was updated to a second generation version in 2010 and has been operating trouble-free ever since.

The UR5 cobot launched Universal Robots as a new significant player in industrial automation, blazing the trail through new territory by specifically targeting the small-to medium sized manufacturers that viewed robotics as too costly and complex.  With more than 8,400 cobots now installed in over 55 countries worldwide, the company has successfully addressed a market in need of a user-friendly, flexible robot that can work side-by-side with employees while delivering a fast ROI.

Along the way, the revolutionary UR cobots have overcome significant skepticism. Travis Hessman, Editor-in-Chief with New Equipment Digest recounts in his article, Robots & The American Dream how he first experienced the UR robots as they became the first cobots to enter the U.S. market in 2012:

“The Danish startup’s bots were a bit of an oddity at the time. They ran without the cages and barriers of traditional robots, in fact waving their arms through pre-programmed dances right over the heads of visitors. The UR staff drew crowds and shocked gasps by letting the robots run right into them on purpose.

No one quite knew what to think of them. There wasn’t even a name for this kind of robot yet…No one thought it would last... And absolutely everyone was sure that OSHA would shut them down before they ever got adopted. They were wrong.”

In opening up the market, Universal Robots spurred both larger, established robot manufacturers as well as other robotics startups to start developing and launching cobots. Having a built-in safety system that enables a cobot to stop operating if it comes into contact with an employee is now the defining feature all collaborative robots, but CTO and co-founder of Universal Robots, Esben Østergaard, is raising the bar on using the term, expanding it to include user-friendliness, re-deployability, simple set-up and affordability: For Esben this is a true Cobot.

“We’ve been the frontrunners of collaborative robotics since the term was invented. While safety is imperative, that’s simply the cost of entry into the cobot market now. We believe that being collaborative is just as much being accessible, lowering the automation barrier by placing robots within reach of manufacturers that never thought they would be able to deploy robots.”

As editor and publisher of The Robot Report, Frank Tobe, concludes when forecasting the cobot market:

“There's no doubt that the collaborative robot marketplace will be growing exponentially over the next few years - with UR leading the pack - and price, safety, flexibility and ease of programming being the key determinants as to which vendor(s) are chosen.” 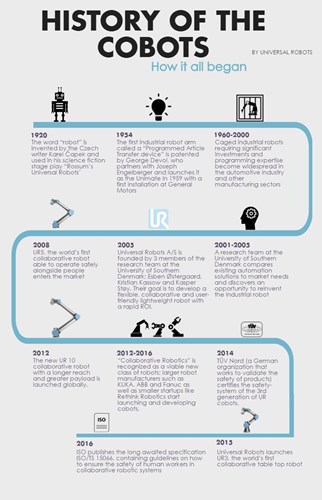 IT'S EASY TO GET STARTED WITH COBOTS 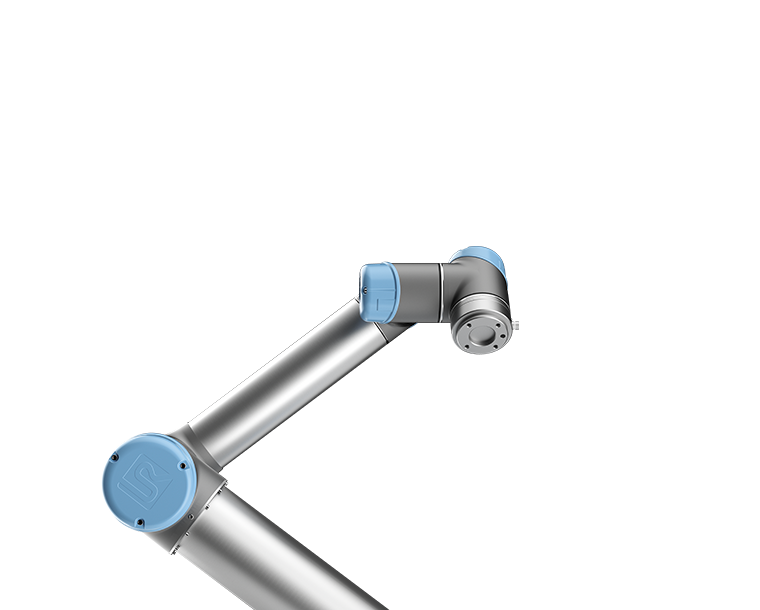 Fill out this form to  GET STARTED WITH COBOTS: