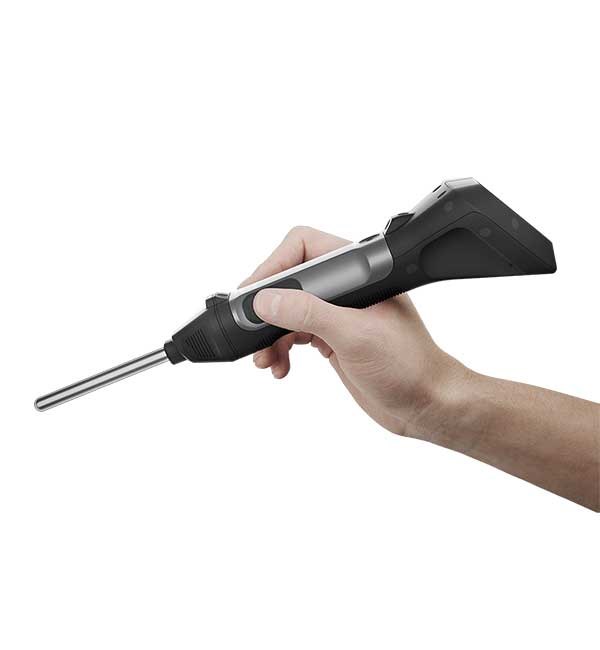 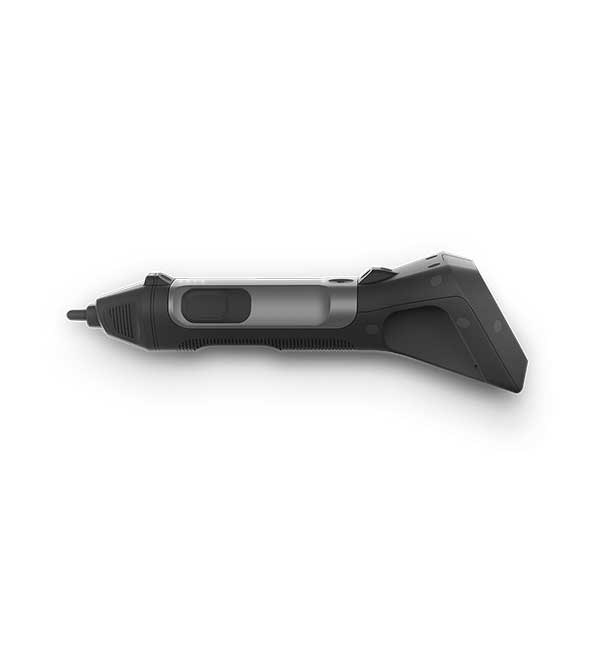 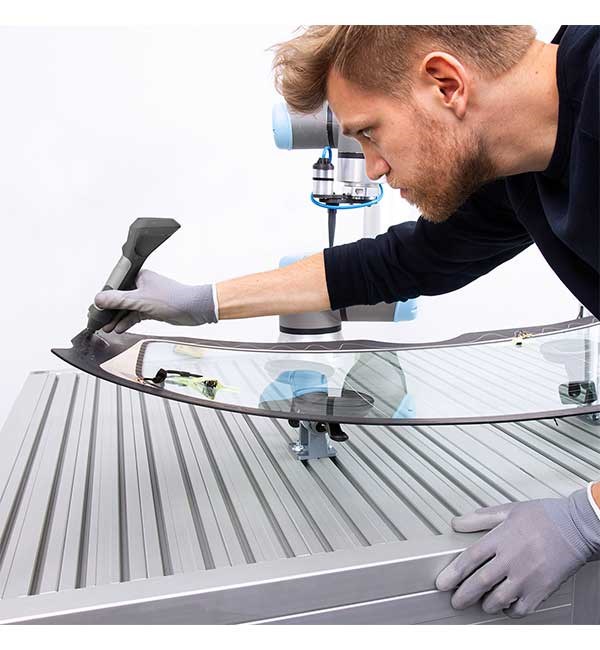 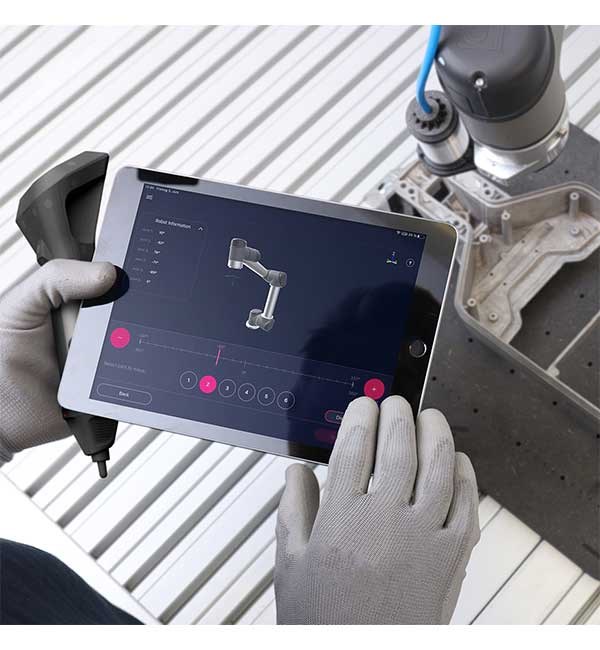 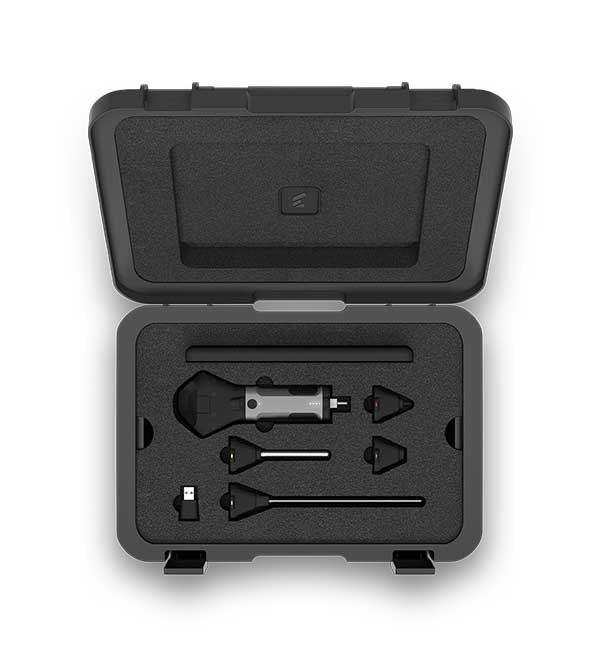 With the TracePen it is possible to teach a robot in a matter of seconds by simply showing it the path to be learned by moving the TracePen. This movement is visualized almost simultaneously in the app by the Wandelbots software and can be further refined by defining individual points (keyframes). The keyframes can be adjusted in the sub-millimeter range via the app. Define whether the robot should move from point-to-point, linear or circular between the defined points. The built-in joint control allows the user to directly control the individual robot joints and even define a safety area by allowing the robot to act. Teaching complex motion has never been so easy! 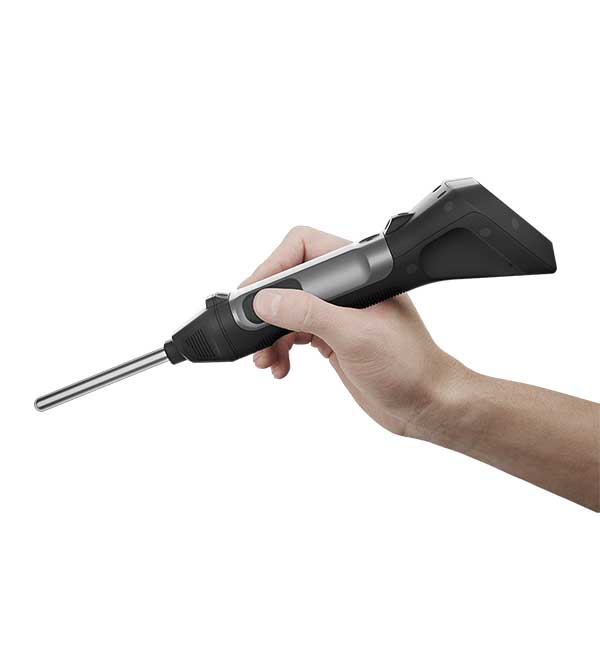 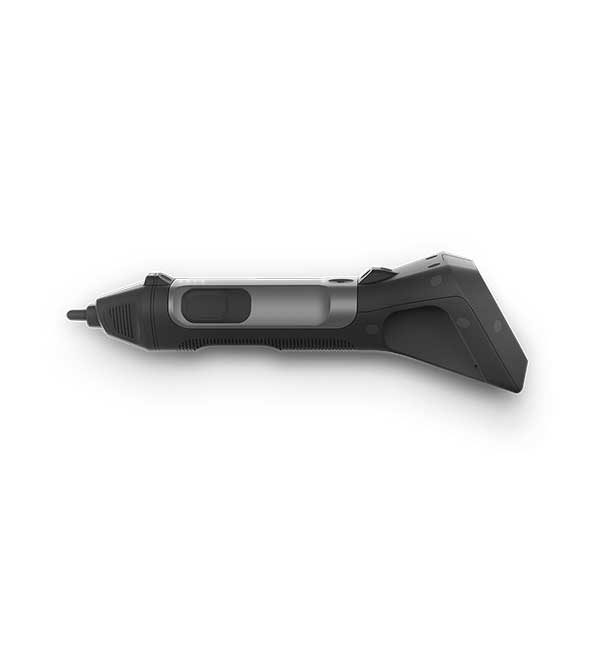 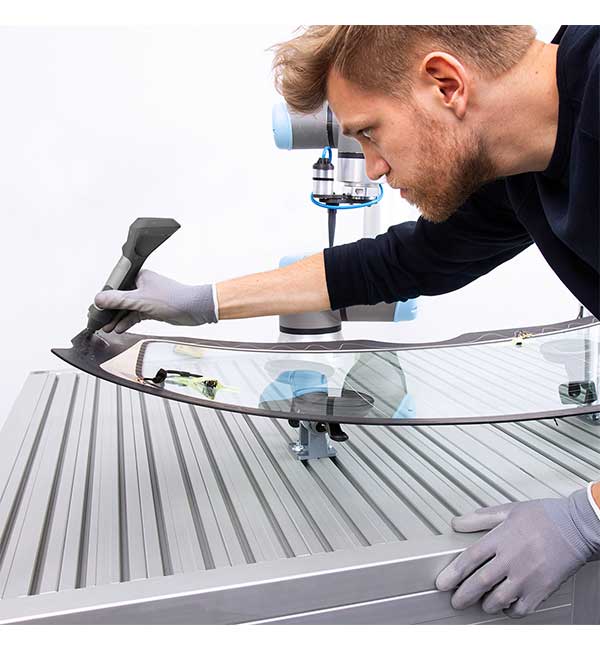 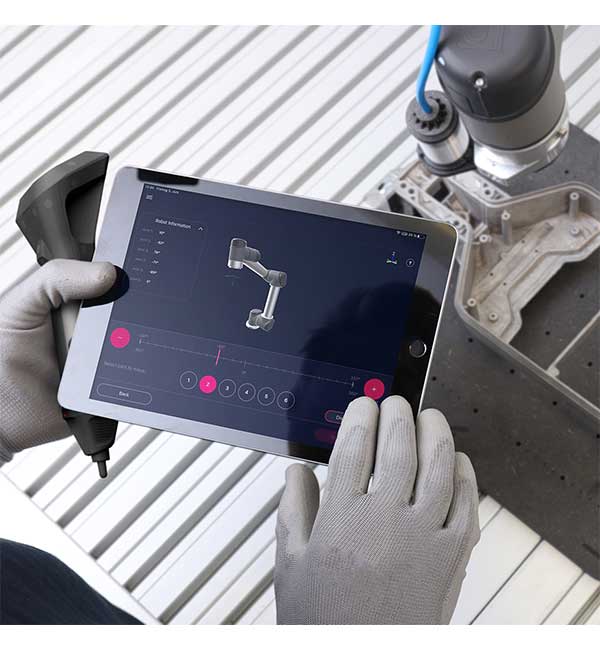 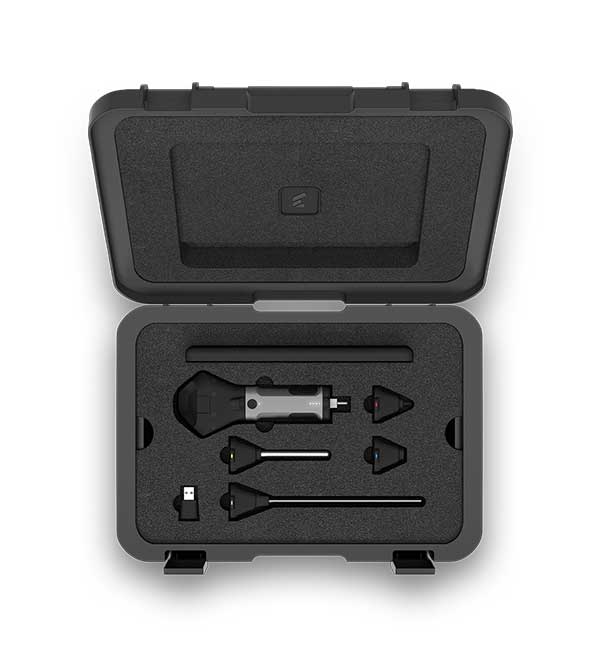 How does it work?

At the beginning the hardware components are installed. The Wandelbots platform is connected to the robot controller as the control center for the TracePen. The tracking stations are used to calibrate the TracePen and determine its exact position in space. To do this, the pen is fixed to a holder on the robot. Depending on the robot, different adapter holders are available. The single-point calibration using infrared light patterns runs fully automatically and is completed in less than 30 seconds.

Now the actual programming begins. However, it is not programming knowledge that is important, but a process understanding of the task. The operator selects the appropriate attachment for the TracePen and starts the app. The respective activity is simply executed with the TracePen in your hand. The software simultaneously records the data to the nearest tenth of a millimeter. The exact teaching sequence can then be viewed in the app. This has been specially optimized for intuitive operation by non-programmers.

In the next step, the respective skill can be further processed. By setting keyframes, the recorded path can be adjusted in detail in three-dimensional space. Frequently used skills can be reused, modified and implemented in new skills using the keyframe selector. Thus, it is possible to split keyframes and to insert signals, loops or a new path (e.g. a standardized movement from A to B).

In the last step the code for the robot is generated in the respective programming language (e.g. Karel, UR-Script). This happens fully automated within seconds, so that the robot can perform the task instantly afterwards. The generated code can also later be edited manually. This process is compatible with all common certification and simulation processes. If desired, the code can then be transferred to other robots independently of the robot manufacturer and thus of the robot´s programming language. 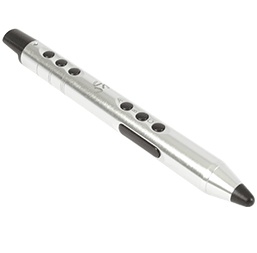 Your quote has been sent

Your request will be sent to our UR+ partner, who will reach out as soon as possible

Tell us about your needs