Universal Robots' recently published financial statements leave no doubt as to the enormous growth potential of the robot industry. With revenue reaching 418 million DKK in 2015, the Odense-based company achieved 91% growth compared to 2014, while delivering a brilliant bottom line performance: a profit of 65.4 million DKK before tax.

It created quite a stir when American Teradyne paid more than USD 285 million for all the shares in the Odense-based company Universal Robots in the spring of 2015. The price of the company with 150 employees in Denmark reflected the expectations of significant growth rates in the robot industry; particularly, in the new market for an innovative type of robots called collaborative robots or cobots; low-cost, easy-to-deploy and simple-to-program robots that work side by side with production workers to improve quality and increase manufacturing efficiency. Universal Robots is behind the invention of the world's first cobots.

The first cobot was sold in December 2008 and in 2015, the market was estimated at USD $100 million. The cobot market is estimated by some analysts to reach over USD 3 billion by 2020. So the Danish frontrunner has secured its owner, Teradyne, an extremely strong position in this high-growth segment.

Since 2012, Universal Robots annual sales have increased an average of approximately 75%.  All production of robotic arms takes place in Odense, and the robots are sold through 200 distributors, with 45% of sales in Europe, 30% in Americas, and 25% in Asia in 2015.

The Danish company's financially strong owner is also prepared to invest ambitiously in maintaining Universal Robots' lead in collaborative robots. With the employment of additional robot developers in 2015, the staff at Universal Robots' development division in Odense has almost doubled.

"In the coming years, we expect the market for collaborative robots to grow by at least 50% annually, not least due to the short payback period, often less than 12 months,” said Universal Robots' CEO, Enrico Krog Iversen. “We are the clear market leader and have considerably increased investments in engineering, sales and customer support to expand that lead. Although I will be moving from CEO to a consultant capacity at Universal Robots later this year, I’m confident that Universal Robots will continue to thrive using our crystal clear strategy based on three key words: Focus, Simplicity and uncompromising Execution.” 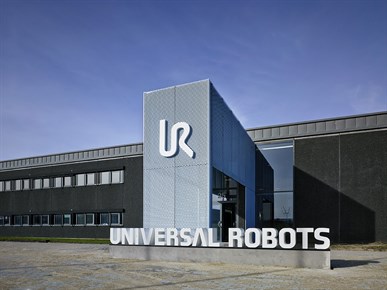