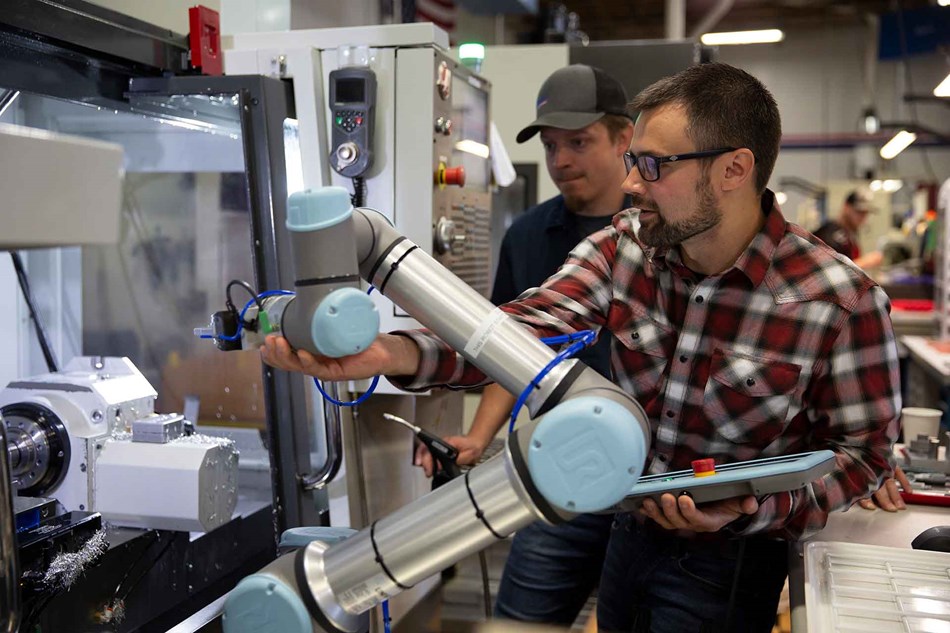 One such manufacturer was Toolcraft, a machine shop in Seattle, WA, that found itself at a crossroad when a large order prompted the company to add a third shift for 24/7 production.  “Nobody wants to run on third shift around here. When you put an ad out, you’re not getting very many responses,” says Steve Wittenberg, director of operations at Toolcraft, who is in an area with three percent unemployment. Toolcraft started looking at different automation options, initially considering traditional industrial robots.

“If we looked at just the robot hardware alone, that appeared to be a more cost-effective solution,” says Wittenberg. “But once we started factoring in the savings on not having to erect a safety cage – and the time saved on the ease of use, avoiding a lot of complex programming – Universal Robots ended up being the right solution.”

Fast return on investment continues to be a significant advantage of collaborative robots, and an opportunity for manufacturers to get a jump on their financial resolutions as well. Universal Robots customers around the world typically see ROI within the first year, with many seeing much faster return in just a few weeks or months.

“When we first started looking into automation, I was surprised to find that we could afford a six-axis robot – and a collaborative one at that,” says Joe McGillivray, CEO of Dynamic Group, an injection molding company in Minnesota that deployed UR cobots. “I assumed those systems cost hundreds of thousands of dollars, which was not the case. The return on investment on our first system was just under two months.” 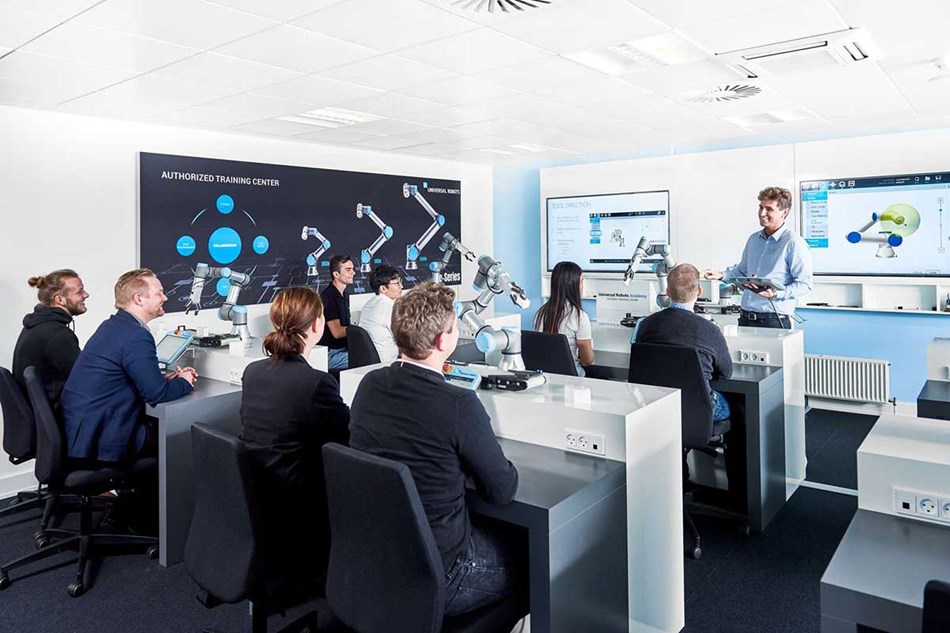