ALSECA ENGINEERING SA is a company in the automotive industry, which manufacturing molds, devices and plastic components through injection molding. Out of a desire to ensure high quality standards for its products and increase productivity, the company decided to deploy a cobot UR5 for the automation of ultrasonic welding and milling processes.

Alseca Engineering needed to obtain an increased quality of ultrasonic welding and milling applications, an aspect that manual processing could not ensure. The welds performed by the operators differed considerably depending on their abilities or the number of welds performed. And the tiredness caused by the repetitiveness of the task made the welded parts no longer correspond in terms of quality and aesthetics. At the same time, Alseca wanted a significant increase in productivity. These evaluations led the company to look into automation as the best solution to address these challenges.

The Romanian company decided to automate the production processes with a UR5 cobot. The choice was made due to the collaborative nature of the solution and the ease with which collaborative robots from Universal Robots can be implemented. The integrated UR5 cobot is currently used for two applications; the ultrasonic welding of wheel arches and the milling of holes in plastic parts.

In the first application, the wheel arches, due to their considerable size, are injected as semi-components to be merged by ultrasonic welding in 5 or 7 points. The welding of the two half-parts takes place in a fixed assembly station in the center where the UR5 cobot is integrated. An ultrasonic welding probe is attached to the robotic arm which is programmed to perform welding in the points established according to the project. The cobot has managed to improve the quality of weld uniformity and doubled productivity: "An operator managed to manually weld at most 140 parts in an 8-hour shift,” said Mugurel Mihai, General Manager of Alseca Engineering. “With the help of the cobot, it is possible to weld 290-300 parts in an 8-hour shift.”

For the second application, a milling cutter is attached to the cobot, which it maneuvers to execute, with an accuracy of tenths of millimeters, milling oval-shaped or round holes in certain components.

The integration of the UR5 cobot has taken place in a short time and without complications. The arrival of the new colleague also meant an opportunity for some employees to develop their skills and learn new things. "The implementation process went fast. It practically started with the training of two of the company's employees, who before the actual purchase of the cobot took courses for three days to find out how collaborative robots work and can be programmed,” said Alseca Engineering’s General Manager. ”After the purchase, it took only two weeks to implement the cobot in the production process for the ultrasonic welding application and another week for the milling application.”

Automation with the UR5 collaborative robot generated important benefits for Alseca as demonstrated in reduced cycle time and increased capacity in addition to the constant quality of the welding process, due to the repeatability of the welding head positioning relative to the machined part. At the same time, the flexibility of the cobot proved to be extremely useful and advantageous due to the possibility of integrating it in two applications. Switching production between the two applications can be done in less than 15 minutes by a single operator. 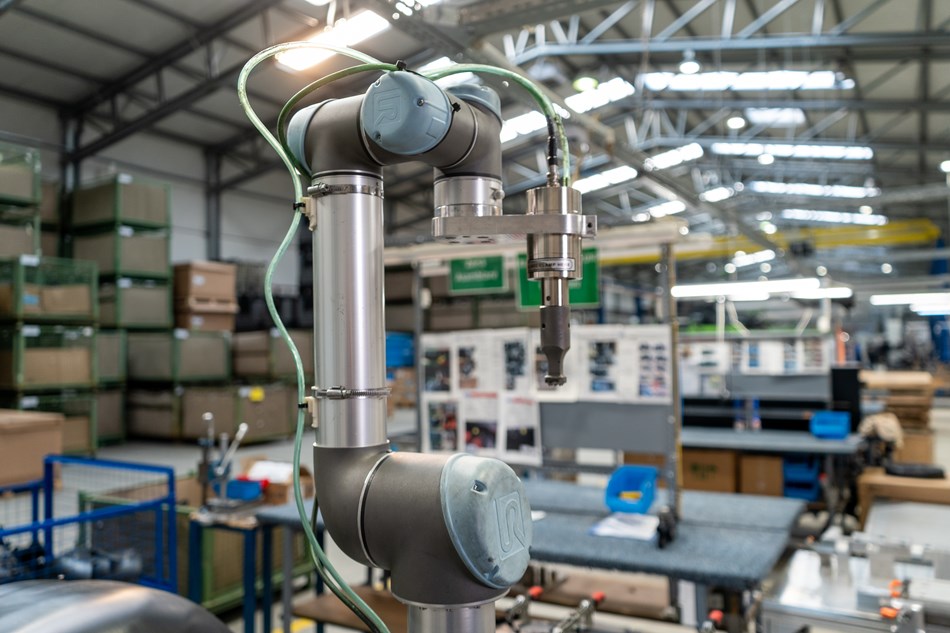 The UR5 cobot is ready to start a new manufacturing cycle - ready, steady 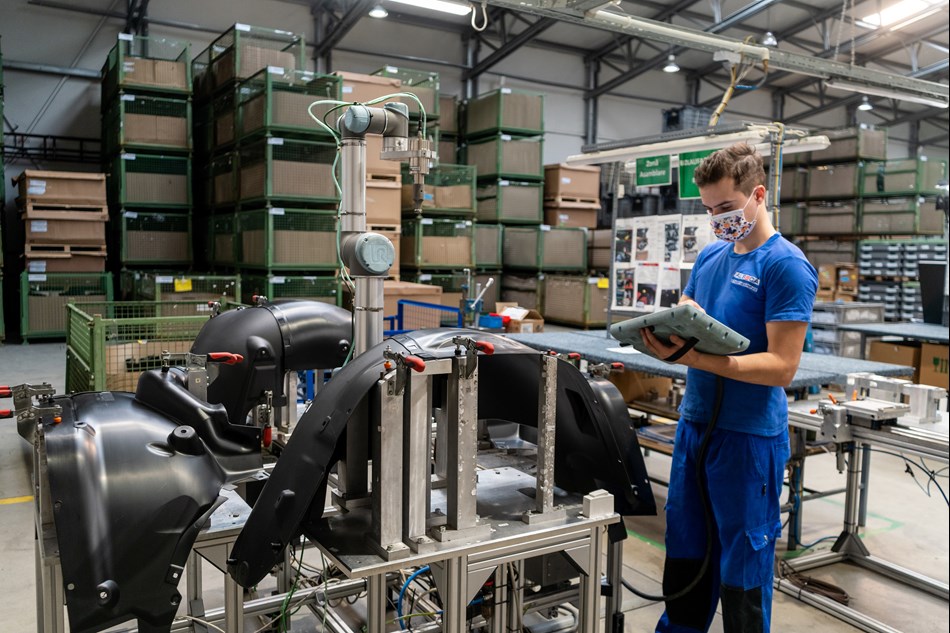 The work program is loaded using the touch pad, extremely simple and in complete safety for the operator. 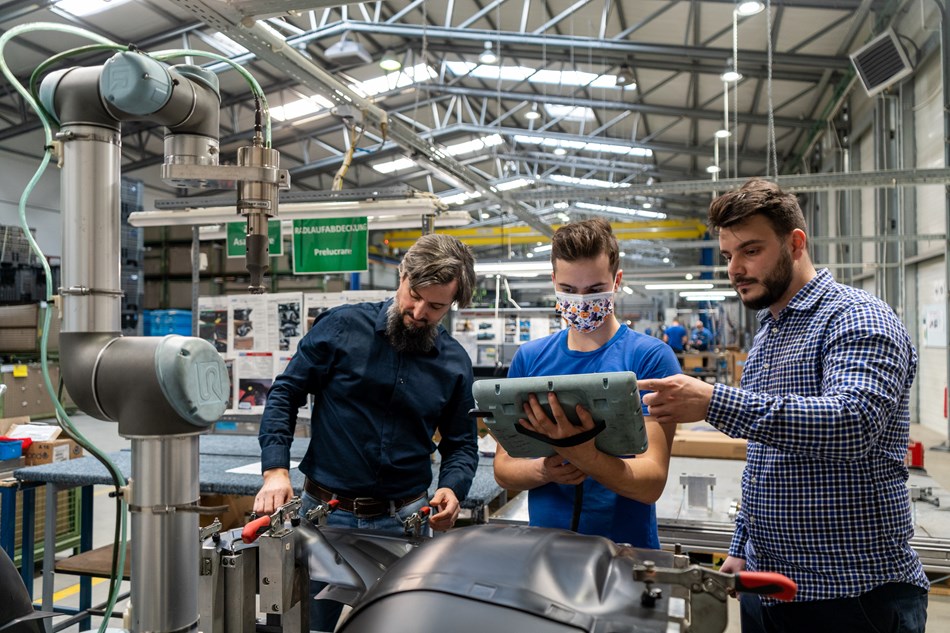 Training staff to use the UR5 cobot is simple and easy 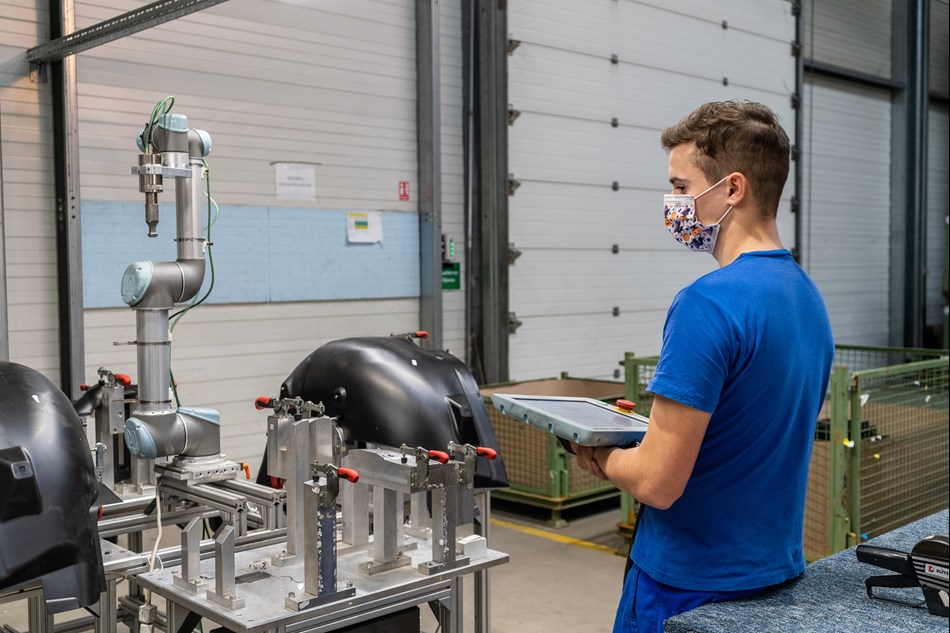 After less than 15 minutes, the operator can perform the production activities by himself with the help of the UR5 cobot 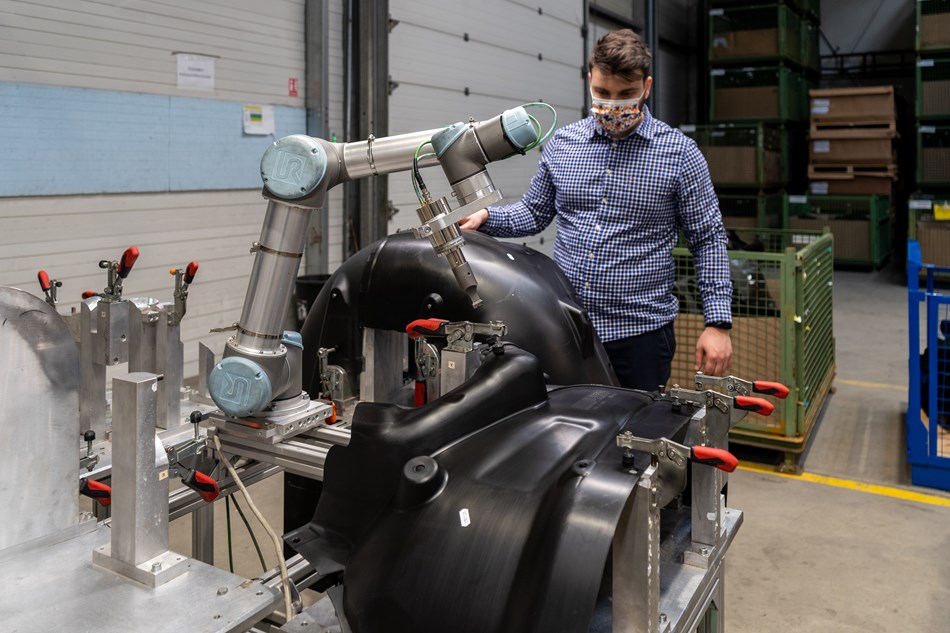 After completing a cycle, by a simple push of a button, the UR5 cobot begins a new cycle of ultrasonic welding, the efficiency of the process is substantially improved. 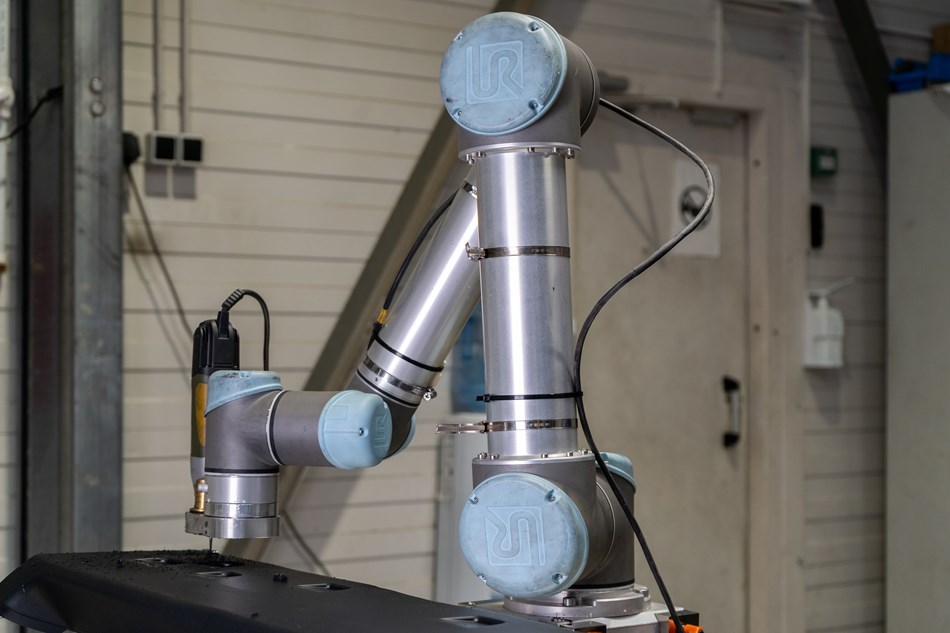 The milling operation is in progress, during this time the operator can prepare the next part, eliminating downtime.

“Productivity in the case of ultrasonic welding application has practically doubled. An operator managed to manually weld at most 140 parts in an 8-hour shift, while with the help of the cobot it is possible to weld 290-300 parts in an 8-hour shift”
MUGUREL MIHAI General Manager ALSECA ENGINEERING
AUTOMATION CHALLENGES SOLVED
KEY VALUE DRIVERS
TASKS SOLVED BY COLLABORATIVE ROBOTS: